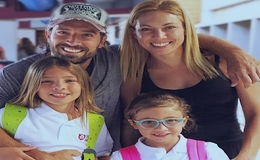 As a celebrity child, Brigitta Chocarro is highly popular because of her blood relation to Argentine renowned personalities including David Chocarro and Carolina Laursen. But, Brigitta is an American by nationality. See more intriguing facts below.

Who Are Brigitta Chocarro's Parents?

In November 2020, Brigitta Chocarro is the youngest child of her parents, father David Chocarro and mother Carolina Laursen. It was because of his parents, Brigitta instantly rose to fame. 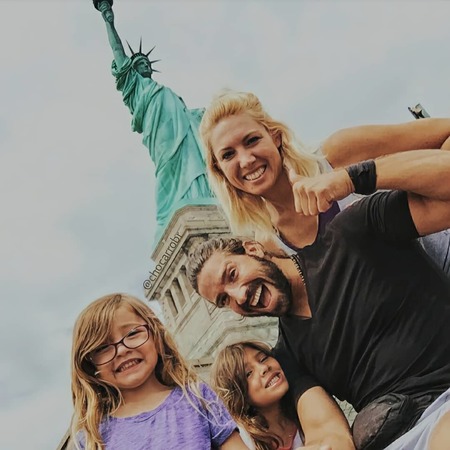 Speaking of her parents, who are they and what do they do to become so popular to get their children in the limelight? Well, Brigitta's parents are famous Argentine personalities who are extremely popular in Argentina.

While Brigitta's father is an actor, model and retired athlete, her mother is also an actress, author and TV host. As for Brigitta's father, he was a Baseball player who used to play Venezuela based New York Yankee's subsidiaries. But, his baseball career spanned for a short period of time after he shifted into acting.

As for Brigitta's mother, the Bueno Aires-born actress worked on Horda salvaje, Sin código (2004), and Olvídame. And, because of her parents' stardom, Brigitta often garners media attention.

Indeed, Brigitta Chocarro isn't the only child of her famous parents, actors David Chocarro and Carolina Laursen. As she is the youngest child and also the youngest daughter of her father and mother, Brigitta has an elder sister.

Well, Brigitta's big sister is Allegra Chocarro and the two doesn't share a huge gap with their age. As per reports, Brigitta and Chocarro only share an age difference of merely four or five years.

Not to mention, Brigitta's sister was reported to be born in 2009 making her only eleven years old in 2020. Besides. both of them also reportedly became US citizen in 2019. As for their father and mother who originally hails from Argentina but only moved to America in 2010, it's not known if they have applied for US citizenship.

However, it's safe to say the family of four has found their new home in the United States where they happily reside. But, it's Brigitta and her family also often make their visit to Argentina.