Canaan Smith is Married | Details on his Wife & Kids 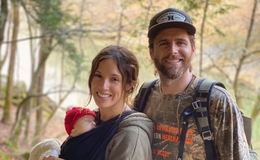 After the success of his debut album Bronco, Canaan Smith became a prominent country music star and is married to his lovely girlfriend turned wife, Christy Smith and has two kids. His Life partner serves as his musical muse who helped him achieve success.

One has to be lucky to have a successful career and true love since both appear to contradict one another as one cause issue while trying to achieve another.

Canaan Smith, an American country music singer-songwriter who signed with Round Here Records, has found both love and a good position in his career. Let's explore some glimpses about his family, wife and children.

Well, Canaan is a married man. He enjoys a happy life with his girlfriend turned a spouse, Christy Hardesty Smith. The guy engaged to his longtime girlfriend in 2014. In the same year, the couple shared the vows the same year in a beautiful Ohio wedding ceremony. 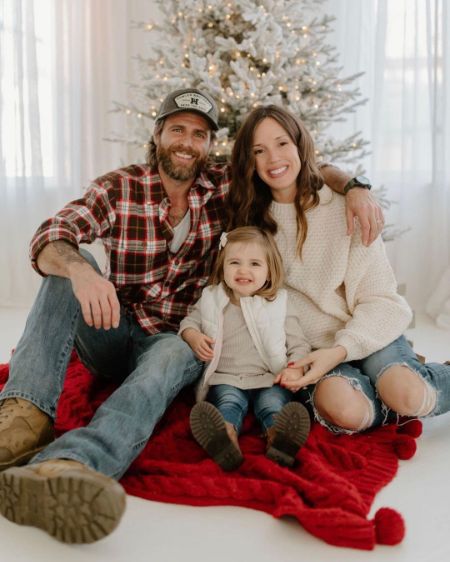 Additionally, Christy is an Ohio native, so the lovebirds got hitched there, a special treat for her family. After dating for some years, the cupid turned their growing lovey-dovey link up into matrimony.

The two first met at one of his performances on Christy's birthday, two years before their marriage, but at the time, he was in a relationship with another lady. Once Canaan knew that Hardesty would become his wife, he went o to propose to her. 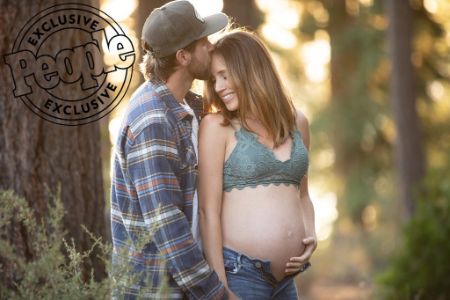 The country singer performed the first dance at Knot Dream Wedding. The first line of the song ' Like You That Way' is about his wife. His wife inspired the single, and despite being together for many years now, neither of the pair has been involved in an extra-marital affair or shows signs of divorce.

Canaan Smith - Father of a Daughter

Canaan Smith and his wife Christy are blessed with two children. The lovebird's first daughter named, Virginia Rose Smith, was born in Nashville on October 31, 2019. His Life partner took to Instagram and shared a series of snaps of her feeling thankful for her husband. 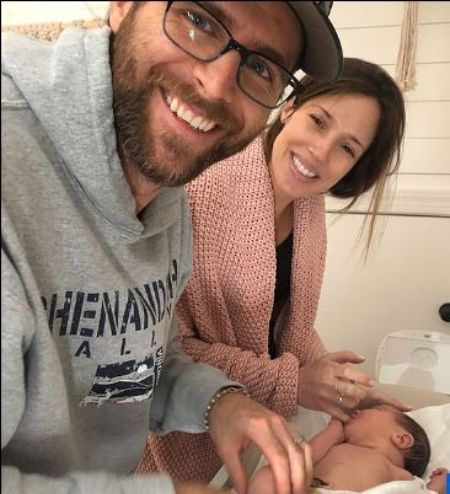 "It's a great day to be alive," Smith gushed about being a dad in a caption on an Instagram post. He could be seen cradling his baby girl in a photo as his wife leaned her head on his shoulder. 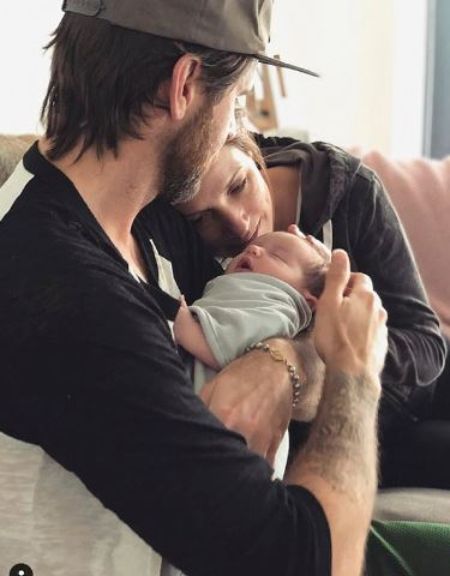 At the time, Smith also shared a short video of himself on his couch with his daughter laying back with a pacifier in her mouth. The happiness doubled when Christy broke that she was expecting a new member of the Smith family, which would be a boy.

"Feeling incredibly blessed this Christmas season with our biggest present on the way. We cant wait to meet you sweet baby boy!," Cristy expressed her joy while announcing the news to her fans and the world via the post in Christmas of 2021.

The second child,  Ramsey Canaan, made his entrance in 2022. Smith and his spouse were to share the announcement of being beyond thrilled that he has arrived in February and is healthy. Ramsey was 9lbz 1 oz at birth.

Watch the video of Canaan Smith's first dance at knot dream wedding in 2015.

For his son's announcement, Smith shared a video of Ramsey asleep in the weighing machine in the hospital. As Canaan's post indicates, the family of four seems content, and he spreads the love through his shows.

What Is Canaan Smith Up To Now?

Moving on to his career, Canaan Smith's debut single titled 'We Got Us' was released on January 24, 2012, after being made available on iTunes. His second track 'Love You Like That,' was released two years later.

Besides being successful with his career as a country singer, he was also a contestant on the 15th season of The Amazing Race, the reality show in 2009. Christy is extremely supportive of her husband and has been with each other conquering the milestone of marriage and doesn't seem to be stopping soon

Furthermore, Smith and Harvey have been married now for eight years, and the country cooner couldn't be happier. The duo's love for each other is clear to everyone.

Currently, the married couple is spending quality time with their children and has managed to keep away from any rumors and speculations. There is no news indicating any divorce or split among them. We wish them happiness in the family last forever.