Carrie Underwood Reveals She Suffered Three Miscarriages; "I Got Mad" 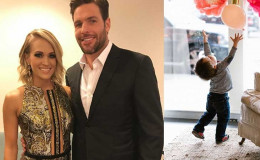 Carrie Underwood is an American singer best known for her song The Champion and Cry Pretty; She and her Husband Mike Fisher is a parent to one Child; The singer revealed in an interview with CBS that she suffered from three miscarriages; Also, see..

Singer Carrie Underwood in an interview revealed about three miscarriages she suffered in the past two years.

A tragic and surprising revelation!

The Cry Pretty singer Carrie Underwood has opened up about her miscarriages which she suffered in the last two years.

During an interview with the CBS Sunday Morning, the 35-year-old American singer disclosed how it changed her life. 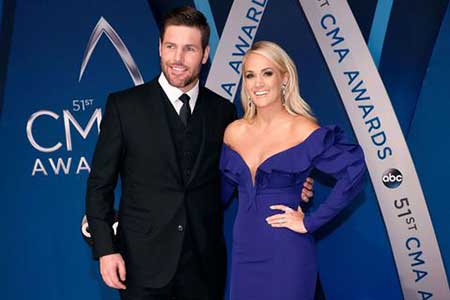 In the interview, she stated,

Despite suffering such incident, she and her husband Mike Fisher kept their faith. The couple wasn't going to be discouraged by such an incident. Further down the lane, Carrie faced yet another miscarriage in late 2017 followed by third in early 2018.

At that time, she was thinking about what is happening. She further added in the interview,

Even though she is happy for being the mother of her son Isaiah Michael Fisher. But she often thinks if she is never going to bore any child, why on earth does she get pregnant every single time?

The couple is quite happy in their marital life but their wish to have a large family has been facing tough rode in the past couple of years. But that won't stop the pair from expanding their family as they are also up for adoption and would definitely want to contribute in taking care of underprivileged children.

After Carrie became pregnant for the fourth, she was quite confident this is going to be yet another miscarriage. When she visited the doctor for a routine check-up, she never expected the doctor would come out and say, "It's going great."

Well, for now, the couple is quite happy as they are expecting their second child together and let's hope she doesn't face such incident in the future.