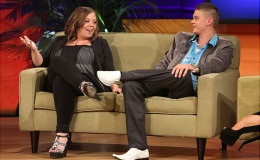 Are Catelynn Baltierra and Tyler Baltierra expecting baby for the third time? Catelynn revealed the wonderful news on the Monday 29th January episode of Teen Mom OG to her husband which was totally a breathtaking moment!

A Big Congratulations to Catelynn Baltierra and Tyler Baltierra!

Catelynn Baltierra and Tyler Baltierra recently revealed that they are expecting baby for the third time! Catelynn dropped the big news on the Monday 29th January episode of Teen Mom OG to her husband which was totally a breathtaking moment!

Well, viewers of Teen Mom OG received a big surprise when Catelynn dressed her daughter Novalee Reign with a pink shirt that read "I'm going to be a big sister". Get to know the amazing couple up close and personal right here!

Catelynn, who has a three-year-old daughter Novalee Reign with husband  Tyler Baltierra,26  revealed that she's pregnant in a sneak peek of the Monday episode of Teen Mom OG.

In the clip, Novalee walked over to her father wearing a pink shirt, which said: 'I'm going to be a big sister.' 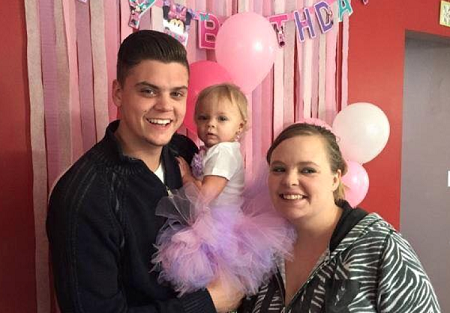 Tyler, who is the regular recipient of fashion shows by her daughter, had a quick look at her latest outfit. He couldn't believe his eyes when he read the words written across her chest.

Later, Catelynn showed him the pregnancy test kit and Tyler reacted with a great shock putting his head on the table.

Tyler was shocked when he saw the T-shirt his daughter was wearing
Source: People

The MTV diva visited her doctor to remove her IUD a week earlier and the good news soon followed their doorsteps.

The gorgeous diva used the pregnancy test kit in the restroom of a restaurant where she was with her friend Hayley and her son, Kingston.

Let's congratulate the blessed couple with all the happiness following their way!

The wonderful couple Catelynn and Tyler knew each other for 10 years long before they married on Saturday, 22 August 2015 at the picturesque Castle Farms venue in Charlevoix, Mich.

The gorgeous bride and the heartthrob shared a passionate kiss as husband and wife for the first time in front of 154 guests. 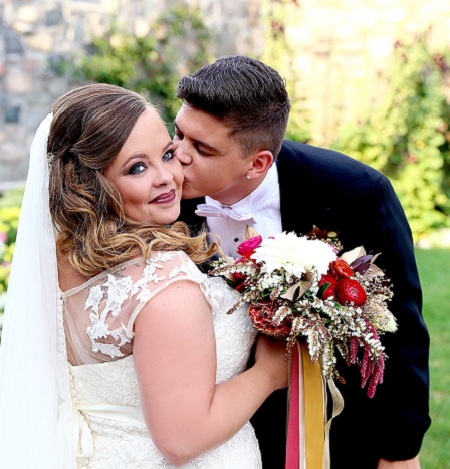 Novalee was just 8-month-old at the time when the two tied the knot. They welcomed her on 1st January 2015.

Catelynn became pregnant with Tyler's baby at the age of 16. Since they were too young to care a baby so they put daughter Carly for adoption. 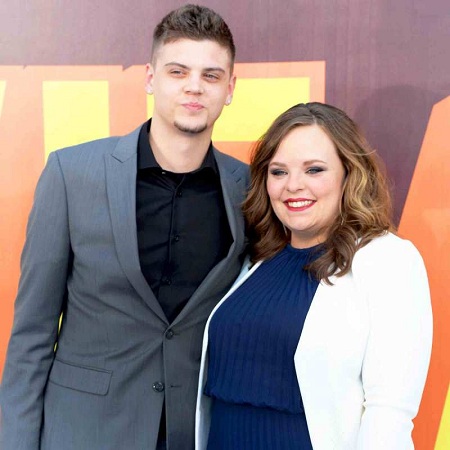 Tyler and Catelynn have been together for more than 10 years
Source: US Weekly

The mother of two recently went to rehab earlier in January to deal with 'childhood trauma'. She also entered rehab in November to cope up with suicidal thoughts. 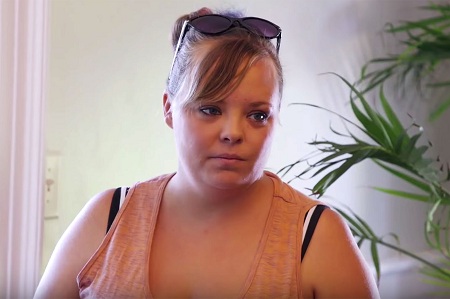