Home Article Catherine Herridge; the talented journalist, loving wife and a caring mother, know all the facts about her

Catherine Herridge; the talented journalist, loving wife and a caring mother, know all the facts about her 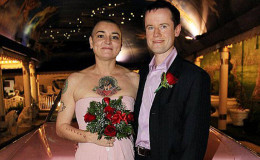 Lastly, We wish them their married life is going flawless as their career and with their two children.

Catherine Herridge is a renowned face in American television industry. She is a journalist and correspondent for the Fox News Channel.

The pretty woman married to Jeff Miller, who is also the television personality. They together have two children. Let’s try to find out more about their married life below.

She married Jeff on March 13, 2004. The couple has been together for a long time. Even after so many years of togetherness their relationship very strong and there has been no rumors of them getting a divorce.

They have a strong bond with no rumors of any extra martial affairs. Like every other duo they have also faced various ups and down in their relationship but they have certainly worked out all those problems as they are still together happy and in love.

According to Catherine, "her partner has always been the biggest supporter".

The pair has been blessed with two kids, a son Peter and a daughter Jamie. On February 2006, she gave birth to her first child, a son Peter Herridge.

However, their son Peter was diagnosed with Biliary Atresia which was a rare liver disease. That was the moment of fear and emotional period of their life.

Similarly, the duo fought several months for their son. They hold for several months with a hope of liver donor for the transplant but they were not able to find one.

Following the advice of a doctor, without a second thought, Catherine gave a part of her liver to her son. She actually gave a second life to her son Peter.

Presently, Peter is fine as like other normal kids. In spite of their busy schedule, they spend valuable time with their kids.

She started her aptitude as a London-based journalist for ABC News. She was also privileged with the Chief Intelligence reporter for the Fox News Chanel (FNC) in 1996.

The talented journalist has been reported from different countries like Qatar, Iraq, Afghanistan and Guantanamo Bay.

She is a very loving and hardworking person who loves her job and has also received the various achievement.

For her contribution to Medicare misrepresentation, she was given ‘Bronze World Medal’ for regarding incredibleness in communication media. Regarding her personal life, she is a very private person.

She is not only a journalist but also the well-known author. She is the writer of the book titled, “The Next Wave: On the Hunt for al Qaeda’s American Recruits”.

The book disclosures terrorism’s new face and predicts of the future damages in the Middle East countries and North Africa.