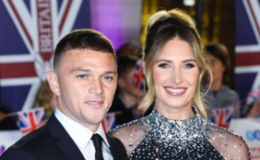 Kieran Trippier is a right-back for the English national team as well as the Premier League club Newcastle United.

Kieran Trippier, 32, is a right-back for the English national team and Newcastle United Premier League club.

As per The Sun, Kieran Trippier and his wife, Charlotte Trippier, first met when they were much younger. On June 6, 2015, Kieran made Charlotte an engagement proposal in Cyprus. After that, in June of the following year, the pair tied the knot. 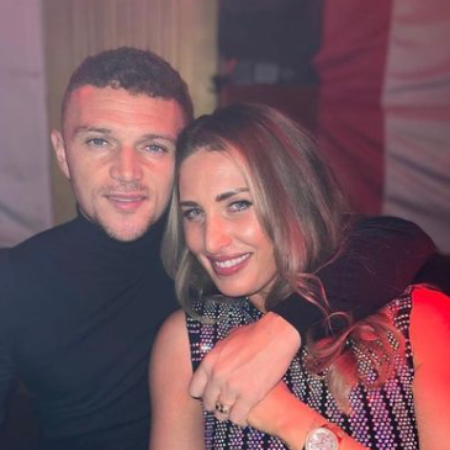 Kieran Trippier and Charlotte Trippier first met when they were much younger. SOURCE: Instagram

The couple has two children. In December 2016, they were blessed with the birth of their sweet baby boy Jacob. In February 2020, a daughter named Esme Rose was born. 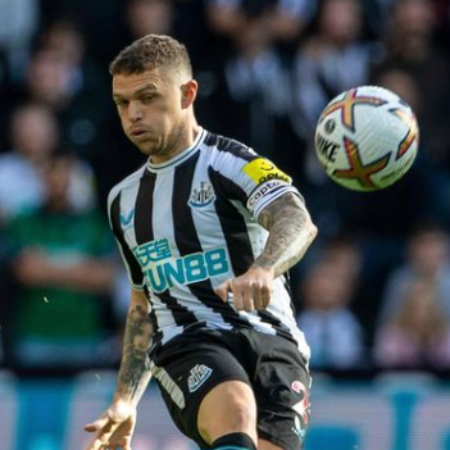 The 5'10'' tall footballer spent his childhood in Summerseat, which is located in Ramsbottom, Greater Manchester, and went to Holcombe Brook Primary School up to the year 2002. After that, Trippier moved on to Woodhey High School, where he attended classes for five years before graduating in 2007. He was a high school football squad member when he helped the Bury Cup win twice and the Greater Manchester Trophy.

Trippier joined the youth program of Manchester City when he was nine years old. He worked his way up through the club's ranks until he signed his first professional contract in 2007. During the 2007-2008 campaign, he established himself as a regular member of the reserve squad and member of the team that won the FA Youth Cup.

In 2010, Kieran was part of the first team that traveled to the United States for their preseason tour. In February 2010, he took a short-term loan with the Championship team Barnsley. During his time on loan, he played three times for the club, making his debut in a loss to Middlesbrough by a 2-1.

In August 2010, Trippier returned to Barnsley for a second stint with the club on a six-month loan. He made his second debut in the League Cup match against Rochdale, which the club lost 1-0 at home. Kieran reached an agreement in January 2011 to continue at Barnsley Football Club for the 2010-11 season.

In February of 2011, Kieran curled a free kick from 25 yards out and scored his first senior goal for Barnsley in a 3-3 draw against Leeds United at Elland Road. After that, he participated in forty-one competitions and ultimately won the Young Player of the Year.

As Tyrone Mears was leaving Burnley in July 2011, Trippier was brought in as a replacement at the club on a loan that would last the entire season. In August of 2011, he made his first appearance for the Clarets during a 2-2 home tie with Watford. His first goal for the club was scored in September 2011, and it was a magnificent long-range free-kick that won the League Cup match against Milton Keynes Dons by a 2-1.

Kieran's first goal in the league came in December 2011, when they played Brighton & Hove Albion at the Falmer Stadium. It was a powerful shot from the edge of the box that gave them the win. After a stellar performance while on loan in December 2011, Trippier was recognized with a nomination for the Championship Player of the Month award.

In a match against Leeds United that they lost 2-1 on January 2, 2012, Trippier received the first red card of his professional career after accumulating two yellow cards. A day later, Burnley made Kieran a permanent member of their team by purchasing his services for an amount that was not made public and having him sign a contract for three and a half years.

In January 2012, Kieran scored his second goal for the club, netting a long-range strike in a victory over Middlesbrough that ended in a 2-0. He participated in all 46 of the club's league matches in his first season, during which the club finished in the middle of the table and earned the Burnley Player of the Year award.

Trippier continued to demonstrate his worth to the club in his second season, during which he was a virtual ever-present and was honored with a spot on the Championship PFA Team of the Year for the 2012-13 campaign. In the League Cup match against Preston North End in August of 2013, he scored a goal from a free kick, helping his team to a victory of 2-0.

After it was rumored that Arsenal was interested in signing him, Kieran agreed to a new, improved deal in May 2014 that would keep him under contract until 2017. On June 19, 2015, Trippier signed an agreement to play for Tottenham in the Premier League after completing a medical examination. He was the club's second summer signing, reportedly costing £3.5 million.

On September 27, 2016, Trippier competed in the first match of the Champions League group stage for the first time at CSKA Moscow. Trippier renewed his commitment to the club on June 30, 2017, by signing a five-year deal that would keep him there until June 30, 2022.

In the first game of the 2018-19 season, which was played against Fulham, Kieran was allowed to start for the first time and scored his first goal. After playing 114 times for the club in all competitions, he decided to part ways with Tottenham Hotspur at the end of the season.

Trippier agreed to terms with Premier League team Newcastle United on January 7, 2022, committing to a deal that would last for two and a half years and cost the club a base fee of 12 million pounds, in addition to any add-ons. On January 8, he made his debut for the team in the FA Cup match that they lost 1-0 to Cambridge United. On February 13, 2022, after scoring his second goal for the club, which was also a free kick, in a home victory over Aston Villa, 1-0, Trippier shattered his foot in the process.

In November of 2007, Kieran Trippier was given his first call-up to the England under-18 national team for a friendly match against Ghana at the Priestfield Stadium in Gillingham. After a late substitution for Seth Nana Twumasi, he made his first appearance in the game, which the team won 2-0. 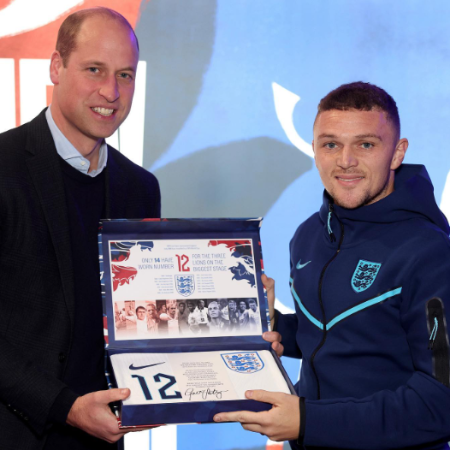 In November of 2007, Kieran Trippier was given his first call-up to the England under-18 national team for a friendly match against Ghana at the Priestfield Stadium in Gillingham. SOURCE: Instagram

The following month, in November 2008, Trippier was promoted to the under-19 team for the 2009 UEFA European Under-19 Championship qualification match against Albania. He made his debut in the 3-0 victory in Coleraine, Northern Ireland.

Kieran was a consistent team member through qualifying for the finals of the 2009 UEFA European Under-19 Championship in Ukraine. He was selected to be a part of the squad that competed in the championships. Trippier was chosen to be a part of England's 21-man squad for the 2009 FIFA U-20 World Cup, held in Egypt. England qualified for the tournament a month later by reaching the final.

Kieran will represent England at the 2018 FIFA World Cup after being selected to the 23-man roster. Trippier scored his first goal for England on July 11, 2018, opening the scoring with a free-kick in the semi-final match against Croatia in Moscow, which ended in a loss 2-1 after extra time.

Trippier was selected to be a member of the 26-man team for the rescheduled UEFA Euro 2020 on June 1, 2021. While playing in the championship game against Italy at Wembley, Kieran assisted Luke Shaw with his goal in the match's second minute. Trippier was one of the 26 players selected for the England squad that was announced on November 10 for the upcoming World Cup finals in Qatar, which will take place from November 20 to December 18, 2022.