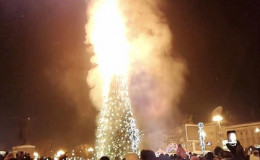 Thousands of zealous New Year party people were left horrified when a Christmas tree blazed due to wildfire in Yuzhno-Sakhalinsk, Russia.

The 80 ft illuminated tree in Lenin Square Yuzho-Sakhalinsk burst in flames.dangering the lives of thousands of New Year's revellers.

The start of New Year didn't go well for the avid party goes in Lenin Square on the island of Sakhalin as 80ft Christmas tree erupted in flames in front of the thousands of revellers.

The viewers speculated that the fire started with a possible spark due to fireworks but the investigation is yet to be done to find out the cause of the fire. 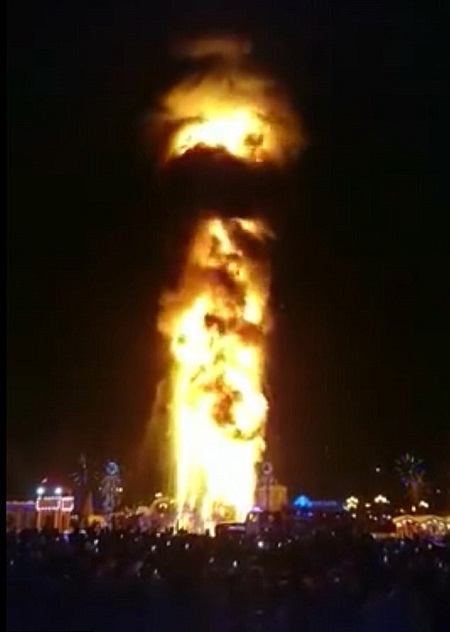 The 80ft illuminated tree in Yuzhno-Sakhalinsk turned into a blazing inferno and was completely destroyed
Source: The Siberian Times

The celebrations didn't end despite the big fire although the party people were warned to keep the area clear. The plastic tree melted in minutes after the fire, leaving only the bare metal frame as the remains. The fire was put out within minutes. 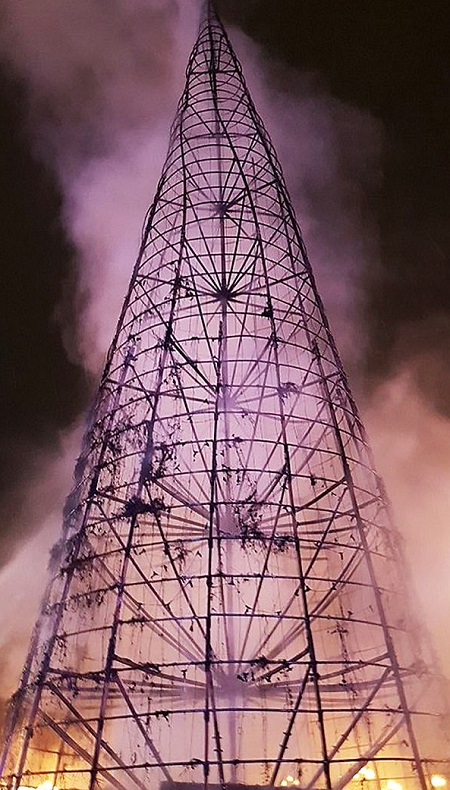 The plastic tree melted in minutes after the fire, leaving only the bare metal frame
Source: The Siberian Times

Fortunately, there were no reports of any mishaps and injuries and surprisingly the celebrations continued even after the fire, followed by a marvelous view of fireworks in the island. 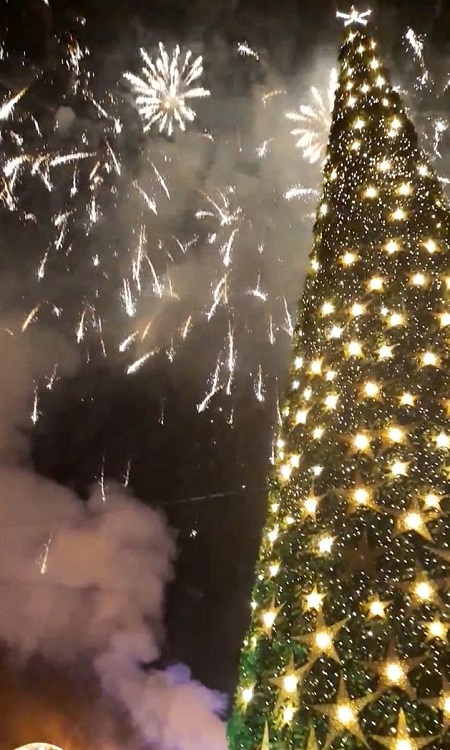 Onlookers watched the flames in horror but also enjoyed the fireworks
Source: The Siberian Times

The videos of the inferno went viral and many tweeted jokes about it stating how hot the New Year party was in Russia. Yuzhno-Sakhalinsk is the largest island in Russia which is popular for sightseeing, museum visits and historical landmarks of the area.

Despite the flaming horror, the New Year was celebrated by more traditional fireworks in the city.