Home Article American Boxer Claressa Shields is happily Dating, meet her Boyfriend here; Was molested in her Childhood know about her Struggles

American Boxer Claressa Shields is happily Dating, meet her Boyfriend here; Was molested in her Childhood know about her Struggles 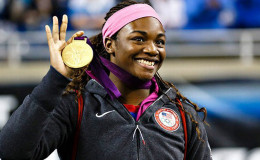 American Boxer Claressa Shields is happily Dating, meet her Boyfriend here; Was molested in her Childhood know about her Struggles and also see her Career.

At such a juvenile age of 17, she became the first US women ever to win a gold medal in boxing at London Olympics and now she's reigning over all the major boxing championships including Rio Olympics. She's our favorite, queen of the ring, professional boxer Claressa Shields.

Well, it's quite obvious that men are scared to hit on her because she might knock them all down, but she too has a soft side, as she's happily dating her boyfriend of three years, who's also a boxer, Ardreal Homes.

The adorable boxing pair might soon get married, but before making any assumptions, let's talk in detail about their relation!

Shield and her boyfriend, Ardreal Holmes, have been dating for over three years. The pair met back in 2013 and started dating at the end of the same year.

The amazing pair, unlike others, like to remain under the radar and has not revealed much about their relationship. 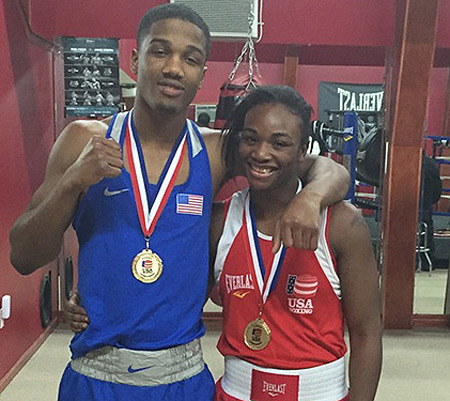 But once they started posting their PDA's on social medias, everyone started talking about their relationship. While Speaking with Team USA, Claressa Shields stated,

"We didn’t really put it out there. It’s all over our Twitters and Instagrams, and people in our town know, but we didn’t talk about it too much. Until now."

They usually spend their days practicing boxing together, at Bedrock Boxing Gym, preparing for another fight, and are often seen cuddling together, after the training.

They love staying in, watching movies or series together, and Shields claim that they love watching Empire, starring Jussie Smollett and Terrence Howard. 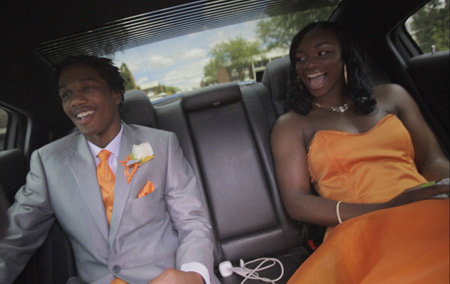 Claressa with her beau Andreal going on a party together, Source: PBS

Not only this, the pair shares matching jackets and matching medals as both won gold medals at the 2015 USA Boxing Elite National Championships in Washington.

And rumors are that the pair is already engaged and planning to get married soon, but they haven't spilled the beans yet, so fingers crossed!!

Being with you is the easy part, being away from you is what's hard MyLove

Prior this, Sheilds used to date another boxer Jason Crutchfield, who was her coach. Jason advised her to not date telling her that it would distract her from the game. Surprisingly, Sheilds left Jason and dated another trainer!

Claressa was molested during childhood, See her Career

Let's admit, everyone has a painful past, which no one wants to reveal. But Claressa gallantly confessed that she was sexually abused and molested by her mother's boyfriends when she was little. 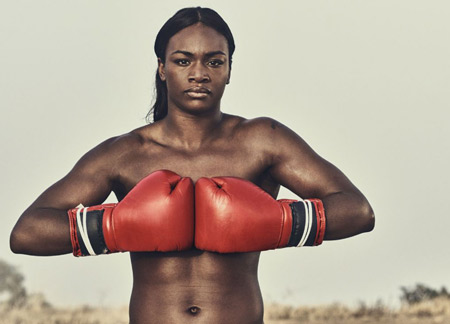 Her father Bo Shields used to box in underground leagues but she never got to see her father until she was nine as he was in prison for a long time.

And while she was being raised by her mother, who was an addict and had a lot of boyfriends, Shields was molested a number times.

"(My Mom)She always had men over. All men aren’t bad, but… these guys who were her friends were perverts and molesters… Whenever she got a new boyfriend or something… it got to the point where they’d start to touch and feel on me."

To add more, she also confessed that she was raped by a writer Lisa Armstrong and stated that the man would take her into a room, molest her and rape her. She stated,

"I don’t know why he chose me, but I really think it’s because I didn’t talk. It’s like, If she can’t talk, nobody can hear her, and that means I’m not really doing anything.”

She was a very quiet child, since her childhood but later on, after getting proper training on boxing, she began socializing and did really well in her career. She went on to win two Junior Olympic championships in National Police Athletic League Championships. 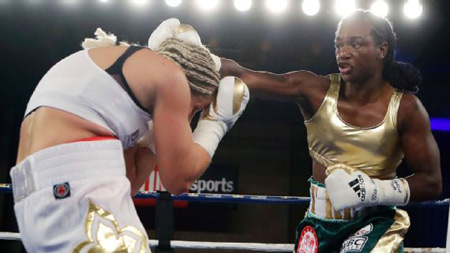 Just recently, she won two titles in her fourth pro fight after knocking down Nikki Adler on Friday night in Detroit

While competing in Women's World Boxing Championship, she won a gold medal, beating Russian pro boxer Nadezda Torlopova and England's Savannah Marshall, which made her a rising star in boxing field. 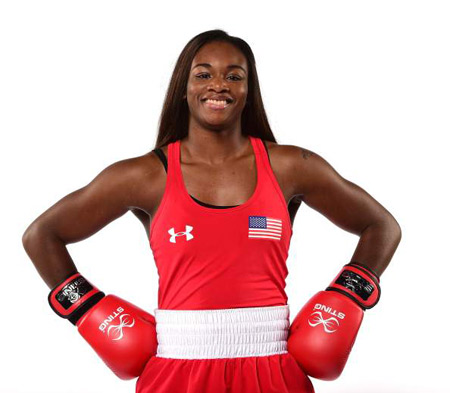