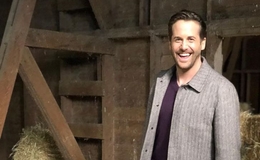 Known for his longtime association with the Hallmark channel, actor Niall Matter overcame an almost fatal mishap to reach where he is today. Matter sustained a life-threatening accident in 2005, following which he decided to venture into a full-time acting career. Niall got his big break in Hollywood with the Canadian television series, The Best Years, in which he starred alongside Charity Shea and Jennifer Miller.

Born on October 20, 1980, in Edmonton, Alberta, the 41-year-old actor is a third-generation oil rigger. Before delving into the showbiz world, Niall had worked as an oil rigger for eight years. Matter made his professional debut in the 2008 television horror film Loch Ness Terror and experienced a breakthrough with The Best Years shortly after. The Canadian-American actor has since established a special relationship with the Hallmark channel and has worked in more than 20 of its films.

The Best Years actor is married to Sara Bradley, who remains a public figure only as the wife of Niall. When not starring in Hallmark's projects, Matter plays the most important role in his life as a husband and a father. You might know a celebrity wife or two who prefer to keep their life under the radar, but Bradley has taken the approach to a whole new level. Despite being married to the acclaimed actor, Sara has managed to keep her life and family matters away from the spotlight. 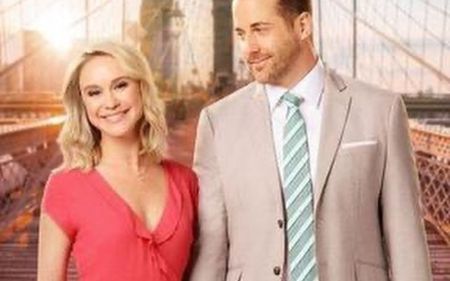 The Watchmen actor has been no different, either. The actor's statements about his family life are rare, but he has shared a thing and two in the past. "My working relationship with Hallmark began when my family started," the actor revealed, hinting that he married Bradley in 2016, as Niall's first project with Hallmark, Stop the Wedding, released in 2016. It was later revealed that he and Bradley tied the knots in an intimate affair in Hawaii in July 2016. 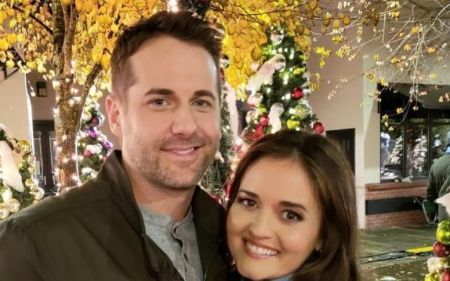 The low-key couple has since welcomed two kids; the duo's firstborn, a daughter, was born in the year of their wedding, and a son, after a year and a half, in 2018. The pair's kids' name remains a mystery as well so far. The Matter couple may be hell-bent on keeping their children entirely out of public scrutiny, but the Chokeslam actor has been forthcoming about the impact of fatherhood in his life. 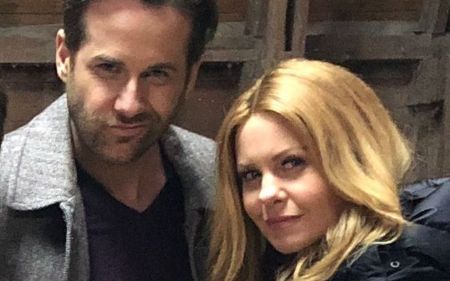 Niall and his wife Sara tied the knots in a secret ceremony in Hawaii. SOURCE: Instagram

"Having kids really softened my heart," says the 41-year-old actor, adding, "dealing with them and my wife, who I love dearly, I'm just in a different place in life and these roles I get to play, I get to live in the space." The Stop the Wedding actor has also expressed the downside of being an actor. Matter says he had a tough time balancing his life as an actor and a father of two. Niall goes on to give a shoutout to his wife, who he says is a saint in disguise.

Besides his family of three, the Canadian American actor regards the Hallmark Channel, a cable channel owned by Crown Media Holdings, as his family. And as said by the actor earlier, his rapport with the company began along with his marital life. "I'm very happy every single day that I get to go to work. It's been a four-year run, almost, and it's a great family I've found myself a part of at Crown Media. Sixteen projects, in four years, is phenomenal and I'm very, very, grateful," Matter said about his long association with the channel. 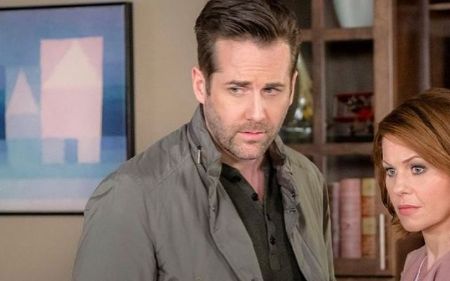 Since starring in Hallmark's Stop the Wedding in 2016, Matter has become one of the most beloved faces of the channel, with roles in its myriad of hits, including Finding Father Christmas, Aurora Teagarden mysteries, Frozen in Love, Country at Heart, Christmas Together With You, and The Secrets of Bella Vistas. Starring opposite Rachelle Lefevre, Niall plays a banker with a heart of gold; in the 2022-released The Secret of Bella Vista.

Matter last played a time-traveling character Rip Van Winkle Jr., in Hallmark's Rip in Time. As the actor once again returns to the channel in a more subdued character, Matter voices his fret on always getting similar goody-goody roles. "I do like getting to play bad guys. But I don't get bad guy [roles] in the Hallmark world. Matter, 41, however, tackles his subtle character in The Secret of Bella Vista in a positive light.

Here are some of Niall's best Hallmark movies.

"I feel playing the subtler character, and underplaying things, can be just as difficult, if not more. Sometimes, you have to dig a little deeper to bring it down and not overshadow what else is going on," explains the father of two. Released on Sunday, September 18 at 9 p.m. on Hallmark Movies & Mysteries,

Matter is looking forward to more projects on the channel. The actor says, "Kim Arnott pulled me into The Secrets of Bella Vista, and another really good friend, Peter Benson, is directing this Christmas movie." With that being said, Niall says he is filming every day and is almost never not busy. The Hallmark star once dated his Graceland co-star Serinda Swan. Matter is also known for being a fervent fan of the NHL team Edmonton Oilers.