Home Article Singer Darius Campbell confirmed the divorce with wife Natasha Henstridge, "We tried to make it work and we've separated and we're divorcing. But in the best way and we're still friends."

Singer Darius Campbell confirmed the divorce with wife Natasha Henstridge, "We tried to make it work and we've separated and we're divorcing. But in the best way and we're still friends." 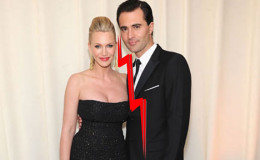 Darius Campbell has finally announced that he's no longer officially married to his wife, actress and fashion model, Natasha Henstridge. The couple married back in 2011 but have divorced, donot have any children together.

It has been confirmed!

The estranged couple had been married for two years until they filed for a divorce in 2013 which was still unsettled.

But now, the pair has confirmed their separation and are ready to move on with their lives. But before going there, let's find out the details about their love story and relationship.

How often do we meet our future partners at a random street? Not quite often!

But the love story of singer Darius and Species actress Natasha started from a pedestrian street of Los Angeles. 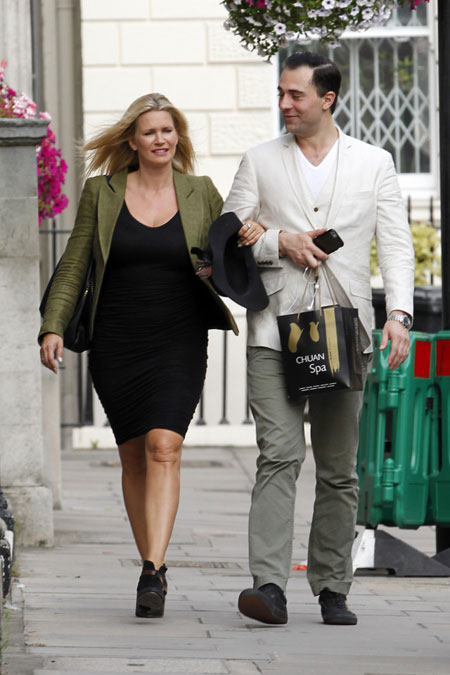 In an interview back in 2006, Natasha revealed how the two met quoting,

"He'll kill me if I tell you but we literally met in the street, I met him at a stop-light. It was awkward but we started talking and the lights changed from green to red so many times."

We must have talked for about half an hour, and then he asked for my number."

The things hit off pretty well for the two after that and they started seeing each other. The perfect couple dated for seven years and got engaged in 2010.

Eventually, this love-struck couple tied knots on the most romantic day, Valentine's Day after one year, in 2011. 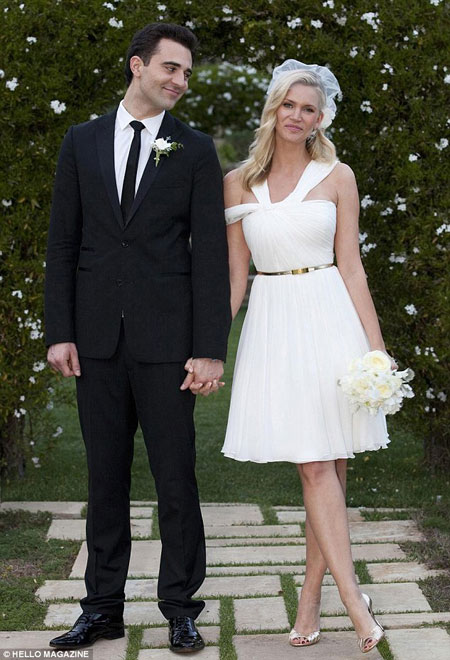 The couple wed secretly organizing a low profile ceremony in California without telling their close friends and not even their parents. Quite sneaky!

'We thought our parents wouldn't be bothered but they were super-excited and really wanted to be there. We didn't tell our parents for a few days afterwards. We wanted to be together and enjoy it for a while. It was really spontaneous. It was a very hard secret to keep!'

The wedding took place at San Ysidro Ranch in Santa Barbara, exactly the same place where the later former US President John F. Kennedy spent his honeymoon with new bride Jackie back in 1953. 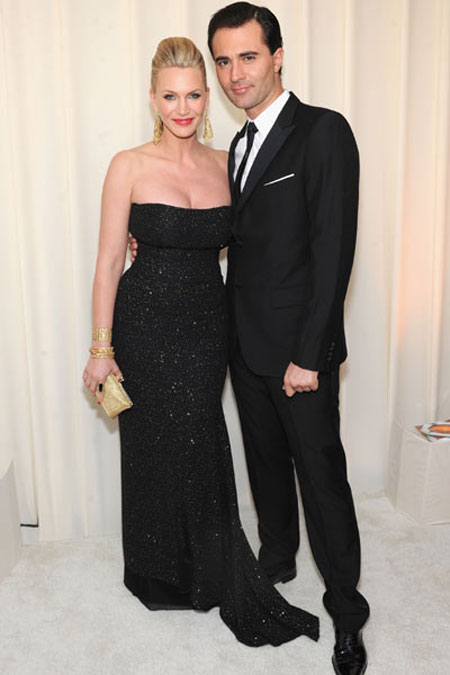 The only guest invited to their wedding were Natasha's two sons (from her former partner) and a Hello! Magazine reporter.

The pair filed for divorce in 2013: But reunited again

The newly wed couple were just taking a head start with their marriage when they announced the shocking news that they were getting divorced.

The Commander-In-Chief actress filed for a divorce from husband Darius in July 2013. The reason behind this was not revealed by the actress to the media.

With a divorce going on at one side, the soon to be divorced couple was spotted sharing an emotional kiss at a restaurant in August 2016. 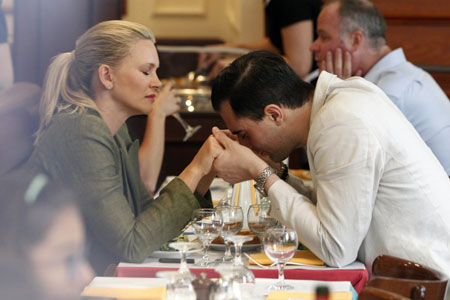 Darius kissing the hands of estranged wife Natasha at a restaurant, Source: The Sun

The couple looked completly smitten with love as Darius was holding the actress's hand and kissing them gently.

He later moved over to her to kiss her mouth and the two shared a passionate kiss. 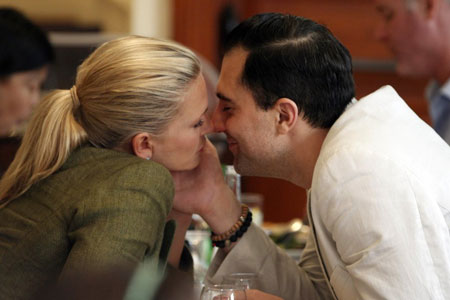 After a month or so, Darius confirmed the Daily Mail that the estranged couple has reunited back again stating, that they are very happy to be together again.

The couple's representative even told the sources, that the couple is still married as they didn't file the final paperwork necessary to complete the divorce proceedings.

Later on, the pair was also spotted leaving together at Darius final West End show of Funny Girl. 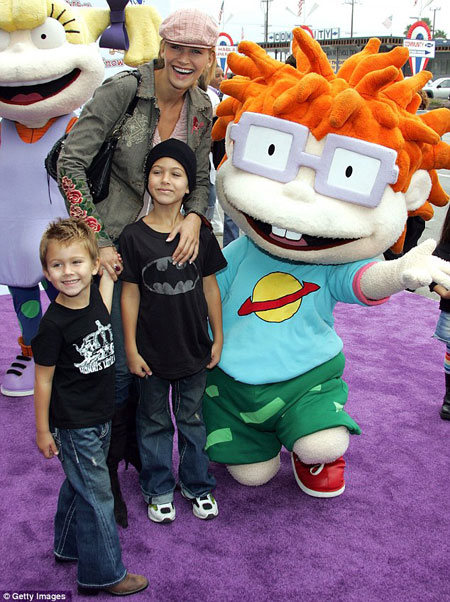 Natasha with her sons Tristen and Asher, Source: Daily Mail

Although they reunited, they couple had not yet withdrawn the divorce but confessed they've remained good friends following the divorce.

Although the 36-year-old singer rekindled romance briefly with 42-year-old actress wife, last year, Darius has now finally confirmed that they are getting divorced, nearly four years after they originally split, just recently this March. 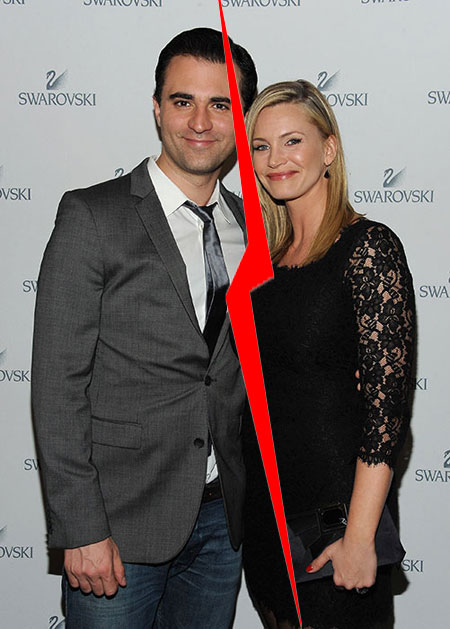 Darius and Natasha has finally divorced

The hit Colourblind singer further confessed that they were still 'dear friends', adding that they had 'tried to make it work' before deciding to get divorced for the betterment of both.

"We filed for divorce three years ago. I really meant what I said, when you stand in front of someone and you say I'm going to give you my life, you mean it. And if you don't, you shouldn't be in it, so get out."

The couple together does not share any children, but Natasha has two sons from her former boyfriend, Liam Waite who were born October 1998, named Tristan River and Asher Sky, born September 2001.

The actress, who suffered an autoimmune disorder Hashimoto's disease, struggled a lot regarding weight gain and medications.

Now, she's fortunately recovered the disease and perfectly balancing her weight and stays healthy and fit, enjoying her life to the fullest.

Troika is back together... amazing friends that travel across the globe to make you feel less lonely... #miamuseum #doha #qatar @lilithb11 @phelony18 @miaqatar

So lucky to have met these cool cats @kitreeve and @najarra and we begin an amazing journey together in #Qatar doing #medinahseries 2017...

She now stars in the CW television series The Secret Circle as Dawn Chamberlain, whereas her ex-husband, Darius Campbell now works as an Ambassador for The Prince's Trust, that assists underprivileged youth.

He also serves and supports the Lymphoma Association and Cancer Research UK amongst other cancer charities.

All in all, both Darius and Natasha have moved on with their lives and we wish them best wishes for forthcomings and future endeavors.