Dave Ramsey's Married Life With Wife Of 35 Years Sharon Ramsey; Details of his Relationship and Family

Dave Ramsey, the person with multiple talents is making up his best in his professional career. His creation along with her daughter Rachel Cruze's Smart Money Smart Kids was one of the New York Times Best Seller.

Most people know Dave Ramsey as a famous businessman. However, there's more to his identity; he is also an author.  His book Smart Money Smart Kids that he wrote with the help of his daughter Rachel Cruze became a New York Times Best Seller in 2014.

Rachel is Ramsay's daughter from his wife of 35 years, Sharon Ramsey. The couple has three children, and all are grown-ups now.

Are Dave Ramsey and Sharon Ramsey Still Together?

59-year-old media personality and his beloved spouse Sharon Ramsey has been united as a life partner for over three decades now. And, yet the duo relish one another's a company without any rumors of divorce and extramarital affairs.

The Antonich, Tennessee born businessman is a supportive husband and proud father of three kids who're already a college graduate now. As of late 2019, the family of five lives a luxury life in Nashville, Tennessee, United States.

Currently, Dave is focused on expanding his business career and running his own "The Dave Ramsey Show". While his partner Sharon is busy with her culinary arts.

The Dave Ramsey Show presenter, 57, has been living a happy married life with Sharon for more than thirty-two years, 35 years to be exact.

They tied the knot in 1982 in a private ceremony surrounded by their family members and some close friends. And, look how far they've come? 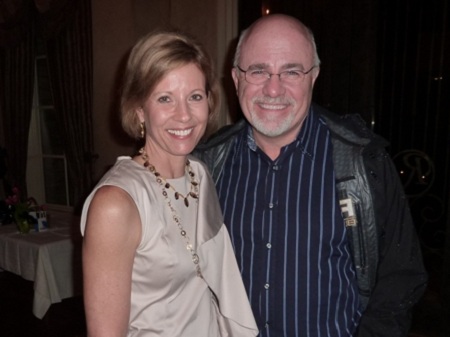 The beautiful couple Dave and Sharon Ramsey who have been a pair for 35 years
Source: Crazy Together

Even though details about their nuptials aren't in the media, we can see their strong bond and love for each other whenever they make public appearances. How else could a couple remain married for 35 years?

However, we have to admit that Dave keeps his romantic life details much to himself. Wouldn't hurt to share your love-story some time, Dave, would it?

Dave became a millionaire in his mid-twenties but lost everything within a few years and filed for bankruptcy. Dave and Sharon, however, remained intact throughout their darkest financial days to get to their current stable situation.

Dave Ramsay has an estimated net worth of $55 million. His financial growth is real progress!

The co-founder of The Lampo Group, Inc. has a son named Daniel Ramsey along with two daughters; Rachel Cruze and Denise Ramsey.

Rachel has followed the footsteps of her father in the best way. Her book Smart Money Smart Kids co-authored by her father became The New York Times Best Seller in 2014. Isn't Ramsey a proud father? 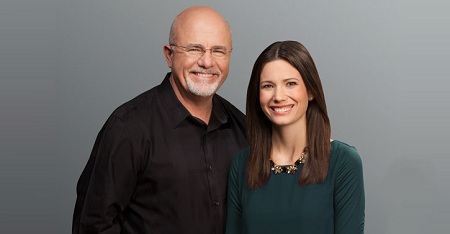 Rachel Cruze following the footsteps of her father, Dave Ramsey
Source: Retail Me Not

She came up with her second book Love Your Life, Not Theirs: 7 Money Habits for Living the Life You Want in 2016.

Cyber Monday is here. Take advantage of our BIGGEST discounts of the season TODAY! https://t.co/awcTAET1QE pic.twitter.com/wVseedVcuQ

The book was well-received as well.

Some Interesting Facts of Dave Ramsey 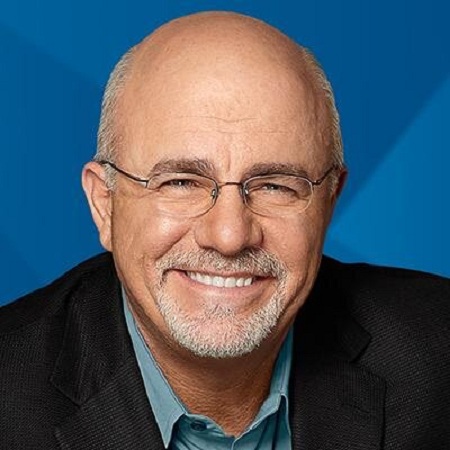