Home Article David Henrie is now dating Maria Cahill after breaking up with girlfriend Lucy Hale. Know about their relationship

David Henrie is now dating Maria Cahill after breaking up with girlfriend Lucy Hale. Know about their relationship 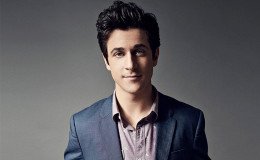 The Wizards of Waverly Place actor and Miss America contestant and pro-life activist Maria Cahill has been dating since early 2015. Most of the time we saw them tagging each other on their social networking sites: Instagram and Twitter. They were spotted together snapping various times, including in the red carpet. But these days, they are not spotted together in any events and programs.

An American actor David Henrie is winning the heart of millions of people through his amazing acting talent and charismatic personality. However, today let us not discuss his professional but personal life.

As per the current reports, he is dating Maria Cahill. But are they still dating or not? If they are dating are they planning to get married? let us find out together.

'The Wizards of Waverly Place' actor and 'Miss America contestant' and pro-life activist Maria Cahill has been dating since 2015.

They have been spotted together for several times and we have also seen them flirting and commenting on each other's pictures on their respective social media sites.

However, both the couple has never accepted the news of them being together. Ethier, they are so private that they do not want to share the news or they might actually be just friends. Whatever may be the reason if they are happy and we are happy for them.

Back in 2007, David Henrie and Lucy Hale were in a relationship. Their relationship just lasts for 2 years. In 2009, the couple broke up and moved on.

Though there was no any information regarding Henrie’s affair with another girl (then) but Lucy Claimed that she was cheated by Henrie.

Later, they both moved on and Henrie also got into a relationship with singer Selena Gomez.

Prior to Marie Cahill, in 2014, Henrie and Selena were dating. They were spotted in several places and events spending quality time with each other.

When asked about their relationship with Henrie , Gomez said she just wanted to spend some time with David and claimed there was nothing romantic going on between them.

Henrie was born in Mission Viejo, California and began his acting career at the age of 13, on the Fox Sitcom ‘The Pitts’.

With his hard work and passion in acting he has been nominated for various awards such as Young Artist awards, Kids’ Choice award, Behind the Voice award and Cleveland International Film Festival in various Category.