Home Article Does Actress Alyson Stoner have boyfriend?Know about her Relationship and Affairs.

Does Actress Alyson Stoner have boyfriend?Know about her Relationship and Affairs. 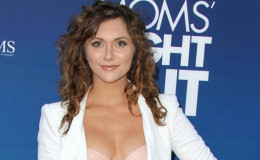 Alyson Stoner is an American actress, dancer, choreographer and singer. She is popular for portraying her role as Max in television series "The Suite Life of Zack & Cody."

The young and vibrant American actress, Alyson Stoner, who is famous for her outstanding roles in movies like Cheaper by the Dozen (2003), The Suite Life of Zack & Cody (2005-2007) and Step Up series, has truly evolved and transformed as the most confident and charismatic diva.

With more than 70K YouTube viewers and 280K Instagram followers by her side, she has managed to win hearts of millions of her fans. Her exceptional singing and dancing skills have led her to work with the legends like Missy Elliott, Eminem, Outkast and Will Smith.

As exclusive as her professional life sounds, her private life, however, is still hidden in the closet. Alyson has maintained a very low profile in the media about her personal life and affairs.

Despite her secrecy, her fans want to know every detail about her dating history and relationships, so let's take a closer look into her personal life.

Is Alyson Stoner Dating anyone?

As per our sources, the talented singer and dancer has not been linked with any celebrities or other men so far. Also, rumors relating to her affairs with co-stars has not been heard or seen anywhere. So, it seems like Alyson is a very private person and likes to have some boundaries in her personal life without any public/media intrusion.

We know it's quite unbelievable that this captivating and desiring actress is still single but that's the truth or perhaps she might be secretly dating someone. So, unless she speaks about it out and opens to the public, this matter remains a mystery.

As for now, the super-sexy actress is crazy busy with her shoots and she has just launched her single debut album "Woman" based on her own personal story that has already started topping the charts.

Born in Toledo, Ohio, Alyson followed her dreams since she was a child. She studied ballet, tap dance, and jazz dance at the O'Connell"s Dance Studio. Later she won Best Model of the Year at International Modelling and Talent Association.

Her career took a major turning point soon after that. She worked as the co-host of Disney Channel Mike's Super Short Show in 2001. When she was just seven, she became famous as "Little Pigtailed Dancer" in Misssy Elliott's music video "Work It'.

Later during her teens, she starred in popular Disney shows such as The Suite Life of Zack & Cody, That's So Raven and Drake & Josh.

She became a teenage heartthrob after her outstanding role in Step Up movie, starring as Channing Tatum's younger sister.

Soon after, she worked her singing skills so well that she sang two songs "Lost and Found" and "Free Spirit" for the soundtrack of the movie Alice Upside Down.

Since early 2011, she started working with many top record producers and songwriters and released her first debut song "Flying Forward" that same year.

Beyond all this, she is also an active member of the iPourLife organization, traveling to third world countries and raising awareness to fight against poverty and illiteracy. Here are some of her Instagram photos of she visiting different countries and helping those in needs.

One day, I hope to be half the woman she is. #Korah • Who's your biggest inspiration?

We are sisters, made of flesh and bone. One race: human. There is no divide. This young girl can be whoever she determines to be, and I will speak that over her until she speaks it over herself, the way someone once spoke it over me until I could speak it over myself. We will teach with our lives. We are the future, united. @ipourlife

All in all, the talented diva is doing pretty well in her professional life and we hope she continues to entertain us with her hit songs and movies. We also wish she finds the right man for her and shares her interesting personal life details soon in the future.