Home Article Does The NBA Player Giannis Antetokounmpo Have A Girlfriend? His Affairs And Dating Rumors

Does The NBA Player Giannis Antetokounmpo Have A Girlfriend? His Affairs And Dating Rumors 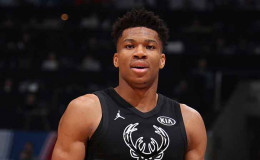 The tall, dark, and handsome hunky Bucks player, Giannis Antetokounmpo has done about everything for his team and the 'Greek Freak' which is leading them to the playoffs.

Just like his successful professional career, the player also has a beautiful love life off the court. He is romantically linked to the sports manager, Mariah Riddlesprigger who often can be seen hanging out at Bucks games supporting him. Well, let's get to know the story behind the curtains about their love life.

Giannis is having quite a time in his life with his long-time girlfriend.

The handsome NBA player Giannis is dating his long-time Mariah Riddlesprigger. Mariah is a sports manager who worked as a basketball operations intern for Philadelphia in 2015. 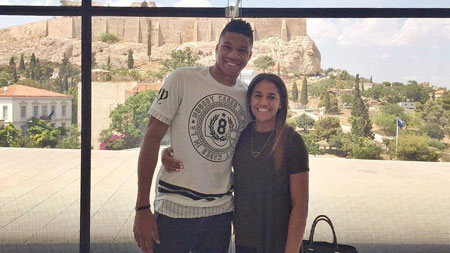 No actual date about their dating life has been announced. The couple could have probably met while on a game or from a mutual friend as both of them have some sort of commonness in their career.

The couple is having a lovely time in their life and often shares pictures on their social media. Mariah gifted an on-demand oral sex bell in this Valentine which Antetokounmpo shares on his social media and boy, he sure does look really happy with it! He said,

His girlfriend was not a big fan of him showing off the ring as it was just a gag-gift but Giannis is really pumped up about it.

The couple has not shared any details about their relationship but they have had a romantic relationship for over a year. The pair resides together in Milwaukee and let us hope we could know more about their joyful life pretty soon.

The NBA player debuted his career by joining the senior squad of Filathlitikos and played for them during the 2012-13 season.

After playing for the Filathlitikos, he made himself eligible for the NBA draft and got selected on Milwaukee Buck in 2013 and since then he has been playing for the same team. 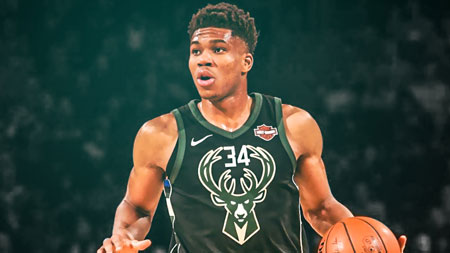 Giannis is the winner of several awards for his play
Source: ClutchPoint

He was subsequently named the Eastern Conference Player of the Week for his play in the first week of the 2017-2018 season. Antetokounmpo has won total of 8 awards in his career including the 2017 NBA All-Star and NBA Most Improved Player. 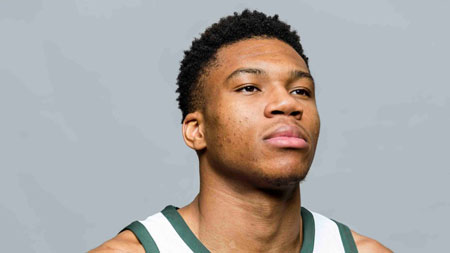