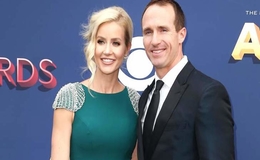 Grab some popcorn and have a seat, because this one is going to be one hell of a cinematic story. We wish were making this up but nope.

Hard to believe but Brittany Brees and her partner NFL champ Drew Brees whom she has been married for more than fifteen years sort of share a filmy love storyline that is no less than a movie we have seen.

This dates back to the year 1999 when the Texas-born then-future pro athlete in the making was about to turn 20. And, to celebrate his birthday, Drew alongside his mates at Purdue University are at a bar where he gets super drunk. And, it is indeed at the same bar where Brittany is also present. 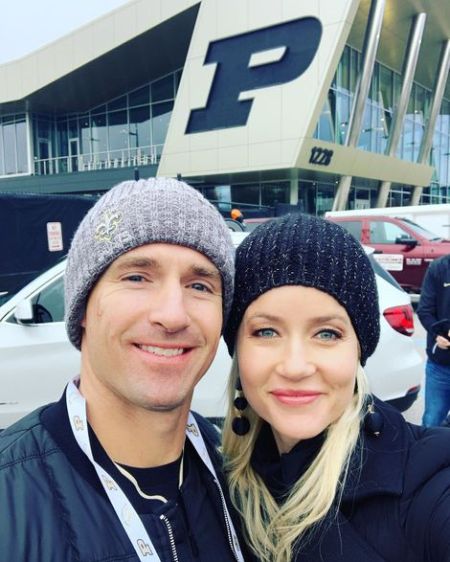 And, a highly intoxicated with 17 shots birthday boy who did all sorts of crazy stuff such as putting his foot inside his mouth then throws inappropriate slurs at Brittany who gets super mad at him. If only Drew and Brittany both knew what was coming for them.

Then the next day, Drew, a sober from his birthday shenanigans instantly remember his behavior from last night and regrets. Fully ashamed of what he had done, Drew is afraid to approach Brittany and even struggles to build up the courage to speak to her. But, finally, after six months, Drew, also called Breesus then finally collects the gut and asks Brittany out on a date.

Brittany, who still clearly remembers what happened at the bar skeptically agrees but applies a condition; to bring her friends. Not long after that Brittany and Drew who as well as brought his friends has their first date, a movie date actually. Brittany who grew up in Syracuse, Indiana shares in an interview that her dates' friends also threw gummy bears on the screen.

Whatsoever, their first date must have gone well as it brought them closer. Drew asked out Brittany on another date once again and, needless to say, their romance flourishes.

Brittany & Drew Walked Down The Aisle In 2003

On a beautiful day of February 2003, the couple's close friends and family gathered in Coronado California to witness the bride and groom aka Brittany and Drew mark on a new chapter of their life. 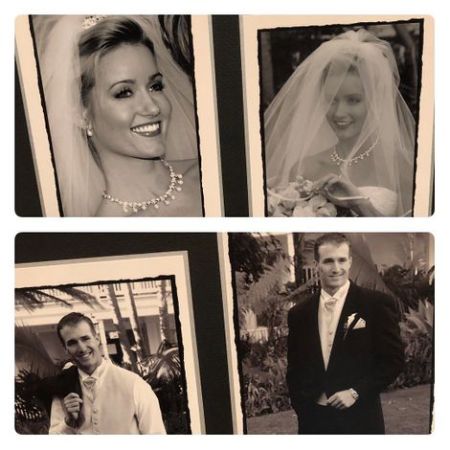 Whilst Drew rocked a black tuxedo, Britanny made a great bride in an off-shoulder bridal gown accessorized with a diamond necklace and a big veil. Drew who couldn't look more in love with his bride made an adorable vow which read: "I committed myself to her for the rest of my life, and I promise never to walk away."

Other details regarding the love birds' wedding are, however, kept a secret. And, even after two decades of togetherness, Brittany and her husband are still going stronger. Their love produced four children; three sons and a daughter, in accordance with the dream, Brittany and Drew had always shared of. 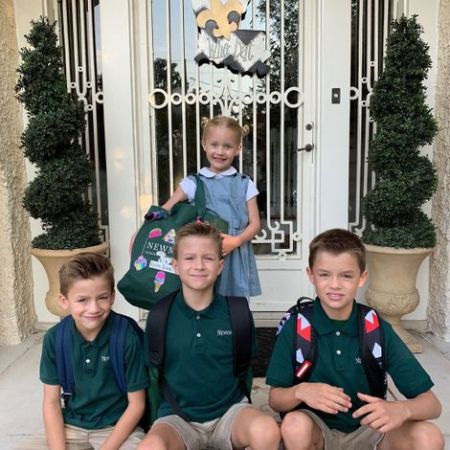 Brittany became pregnant with their first child, Baylen Robert Brees, in 2008 and welcomed him on the 30th birthday of Drew on 15th January 2009. Baylen was then followed by their second eldest child, Bowen Christopher Brees, born on 19th October 2010. Third child, Callen Christian Brees, was born in 2012 whilst the youngest one, Rylen Judith Brees was born in August 2014.

Drew says his sons are highly into sports and play all sorts of sports. He even brought his sons at the 2019 ESPYS to give his boys a chance to meet some of their sports heroes alongside rapper Migos. And, during his speech, Drew also thanked his wife for her supports. 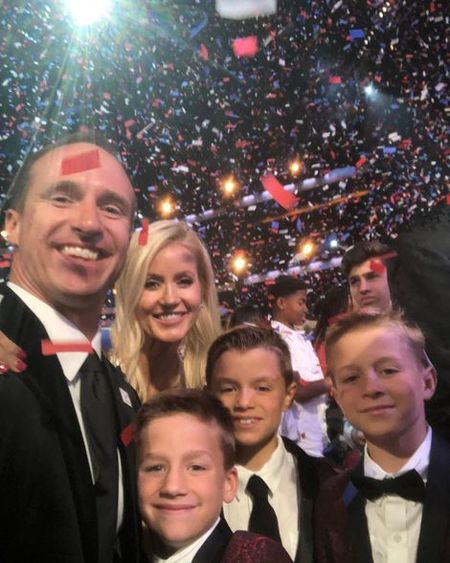 The Brees reside in New Orleans where they bought and renovated a house destroyed by Hurricane in 2005. Brittany and her partner plan to raise their four children in New Orleans.