Home Article Ellen Hollman Is Happily Married To Stephen Dunlevy; How Did They Meet?

Ellen Hollman Is Happily Married To Stephen Dunlevy; How Did They Meet?

Nearly eight years later, this one favorite couple of us is still going stronger. They never let anything come in between them or ruin the specialty they have between each other. Needless to say, they always got their back.

Ladies and gentlemen, do allow us to introduce the stunning Ellen Hollman and her husband, the handsome and talented man himself Stephen Dunlevy. The couple first met in the year 2011, but how did their fate collide?

Back in late 2011, both Hollman and Dunlevy signed up to work on the Steven S. DeKnight directed renowned television series; Spartacus Vengeance where they met for the first time. And, whilst the Michigan-born actress played the supporting role of Saxa, the Aussie actor portrayed The Egyptian. 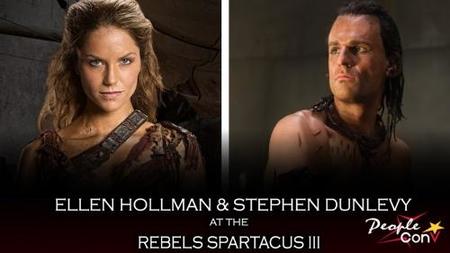 Ellen Hollman and Stephen Dunlevy met on the set of Spartacus: Vengeance in 2011. SOURCE: People Convention

Needless to say, it was whilst working on the set of Spartacus, Ellen and her man grew closer. And, it didn't take long for the actor to ask her out on a date. Just like that, the two became lovers from co-stars. Clearly, the two found their significant half in each other as they went stronger for such a long time prior to their engagement.

Well, Dunlevy popped the life-changing question on 26th December 2015 to which Ellen happily said yes. And, romantically enough, Stephen planned the event very wisely by pretending to take the blonde beauty on a date near the ocean only to surprise her with an enormous diamond ring. 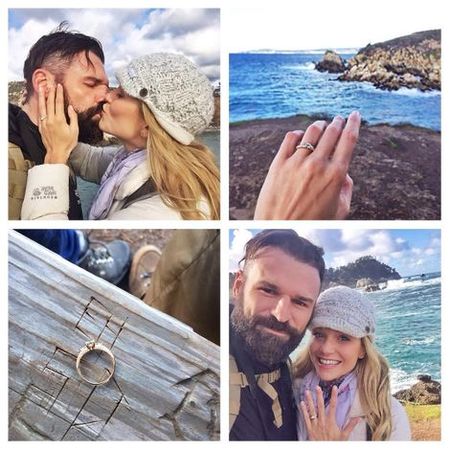 Both Hollman and her man took to social media to share the exciting news. (Fun fact: Hollman and Dunlevy are both the member of Gracie Academy, the same institute the actress learned Jiu-Jitsu.)

Hollman Made A Great Bride At their Fairytale Wedding

Hollman and Sunlevy didn't rush for their wedding and waited two years to finally take their relationship into its final level. Speaking of which, Ellen walked down the aisle in a perfect BHLDN gown accompanied with a Veiled Beauty veil whilst her groom looked dapper in a matching white and grey matching formal shirt and pant. 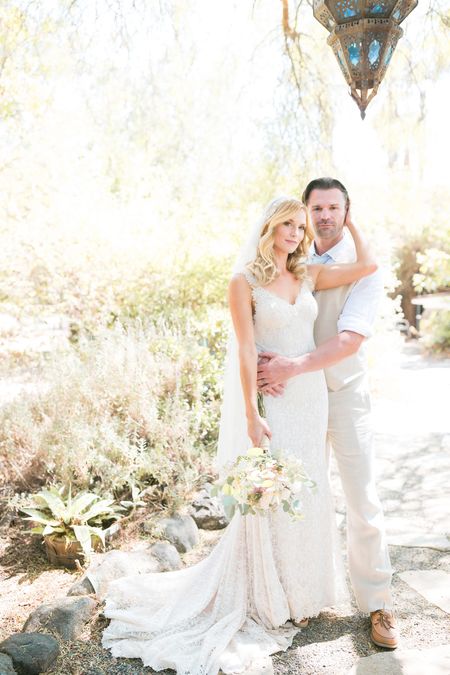 Ellen Hollman and her husband Stephen Dunlevy tied the knot in 2017. SOURCE: Pinterest

The husband and wife chose the famous venue based off in California; Condor's Nest Ranch to hold their special day where Universal Weddings and Events took the charge of music, pastry chefs; Lauren Shaw, Erin McIntyre, & Jenna Lind brought their A1 tastes with the cakes and dessert, whilst Petals of Poetry Floral Designs and Gifts beautifully decorated with the floral.

And, to enhance more beauty to the actress' naturally gorgeous face, elite makeup artist Carolyn Godina did the magic by styling Ellen's hair with loose curls and opting for a light makeover.

The night was beautifully filled with loads of funs, emotion and of course, dances too. Ellen and Stephen have been together ever since without any rumors of divorce and extra-marital affairs.

Not to mention, both the actor and actress make sure to showcase their love for each other on social media too. Mr. and Mrs. Dunlevy are, however, yet to start a family of their own.