Home Article Emily Maynard Johnson is pregnant with her fourth Child; Know about her Married life, Husband and other three Children here

Emily Maynard Johnson is pregnant with her fourth Child; Know about her Married life, Husband and other three Children here

Emily Maynard Johnson, a renowned reality TV personality who is often spotted in the famous series 'The Bachelorette' and 'The Bachelor'.

Remarkably, this diva is living a happily married life with her husband Tyler Johnson and with her three kids Josephine Riddick Hedrick, from her previous relationship Jennings Tyler and Gibson Kyle, and the good news is that she is pregnant with her fourth child,  isn't this amazing? Guys let us know whether the couple is happy with it her or not and also their happy married life!!!

Johnson was engaged with NASCAR driver Ricky Hendrick, who died in the plane crash after they were engaged. Ricky Hendrick died on 24th October 2004.

After the death of her fiancé, Johnson found herself pregnant with her child from Ricky and she delivered a daughter on 29th June 2005, the child was named as Josephine Riddick ‘Ricki’ Hendrick.

Johnson was happily spending her life with her daughter in Charlotte, North Carolina. Johnson was spending as a full-time Mom in her home.

But then afterward she found herself to be involved in something like she was involved as a volunteer at the Hendrick Marrow Program, Levine Children’s Hospital, and Lunch Buddy Program at Hidden Valley Middle School. She thought of going to a mission trip to Africa.

After the to give her daughter a father’s support she tried to find her love on the screen of The Bachelorette.

Though she was approached by the character who played in The Bachelorette with a rose, they were together for certain period of time and after then they were cleaved.

She was repeatedly getting her heart broken. According to the source, Johnson declared that she is about to give a birth to a child soon and that is going to be her fourth child from Tyler Johnson with whom she tied the knot in 2014 in Tyler's Farm of Carolina in a romantic manner.

Now Johnson has three child named Ricki who is 12 now and she is from her previous fiancé, next is Jennings Tyler who is just a baby of two years old and her third child who is just 11 months named Gibson Kyle, these two children she shared with Tyler Johnson. And for now, she has happily revealed that she giving birth to her fourth child. Wow!!

She stated in her Instagram post that: Seriously though, as scared as I am to have 3 under 3, I’m so grateful God picked me to be the mommy to my kids and we can’t wait for number 4 to get here!'.

She also added that: 'This pregnancy has been filled with lots of hot wings, ranch dressing, an emergency appendix surgery at 6 months, and swollen ankles all day every day but I wouldn’t change it for the world.

She also told that: 'My little tribe can’t wait to meet their new brother or sister (it’s a surprise!) in the next couple of weeks!'.

She with her son Jennings Tyler in the image as they are walking down the street with an ice cream.

In December she told People they wanted more babies. 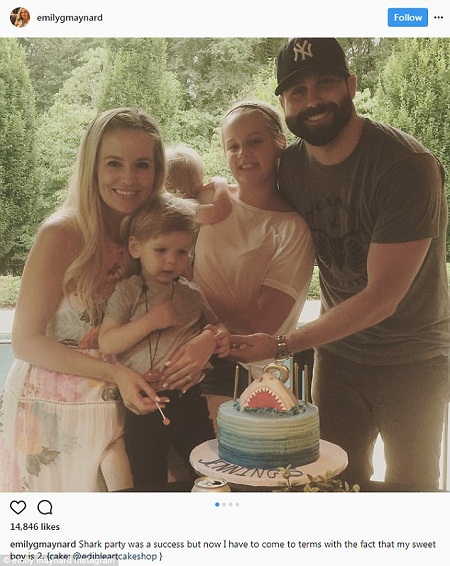 'I definitely think we’ll have at least one more. [Tyler] wants two more. [My daughter Ricki] will be out of the house and the babies will still be young.

Johnson has been doing her best for raising her first child from her previous relationship.

She has become a very responsible mom for those three children and also she has revealed that she is giving birth to her fourth child happily.  This was all with her married life and also her children. 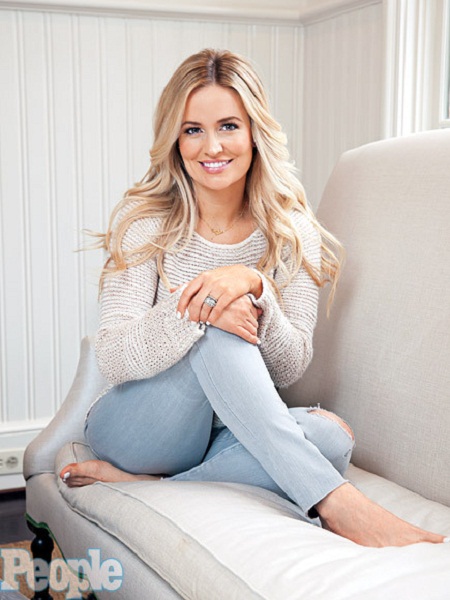