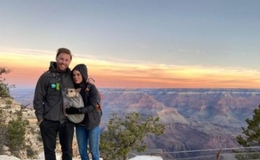 All thanks to How I Met Your Mother actress Erin Cahill for showing us true love exists. While it's quite rare to see celebrities living a sound life in the glamorous world, Cahill is enjoying a blissful married life with her boyfriend turned husband, Paul Freeman.

Actress with charm and beauty,  Erin Jessica Cahill, who portrayed Jen Scotts in Power Rangers Time Force, had a few failed relationships in the past. Whom did she date? Many questions strike people's heads; why don't you jump into the details below to find everything?

Erin Jessica Cahill dated for many years before tying the knot with Paul Freeman in an intimate ceremony in Cote d'Azur, France, in 2016. Erin praised her Welsh-born folksy pop singer-songwriter spouse via her wedding anniversary post. 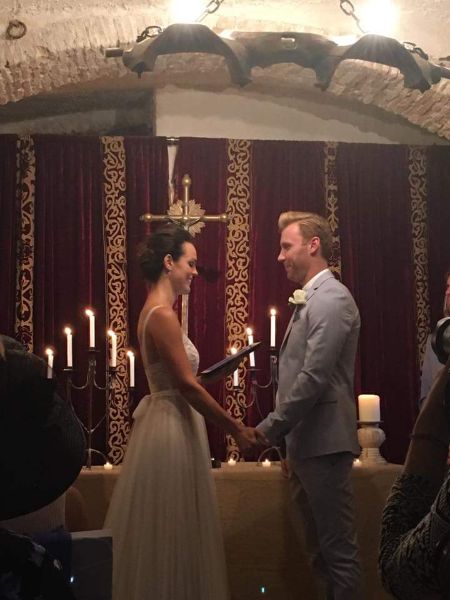 Given how close they had become in such a brief space of time, there was no doubt their relationship morphed into something more serious. The lovely actress isn't hesitant to demonstrate their bonding and mutual understanding through her social media. The couple has an exotic bond filled with love.

"Thank you for teaching me and growing with me. You are my greatest gift. So thankful for every anniversary adventure we have had and all those ahead. I love you eternally," the lady thanked her beloved partner for making her the happiest woman every day. 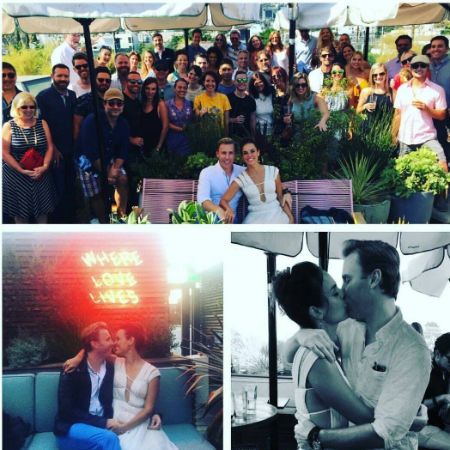 Taking to her Twitter handle, Erin marked her 2nd wedding anniversary on September 5, 2018, writing," We walked around Paris all day and had a gorgeous time. Ended the evening with a perfectly delicious dinner. I love this city and am glowing with gratitude and Amour."

Does Erin Cahill Have Children?

Moreover, the power couple has been married for half a decade but are yet to start a family. Maybe in future, Freeman and the daughter of Deborah Cahill, famous for her character as Jen Scott in Power Rangers Time Force, must have plans to have children, but nothing is sure. 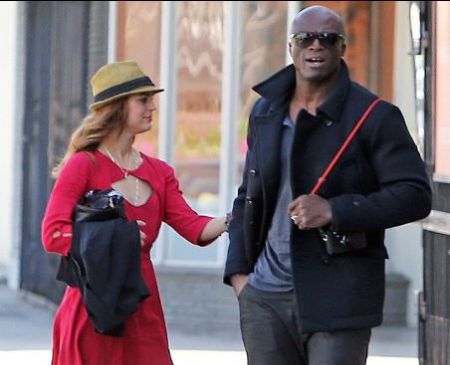 A glance into the actor's Instagram account displayed that Erin and Paul have the company of a fur baby, their pet dog, named Crumpet, whom the pair picked up at the adoption agency. The two celebrated Crumpet's born day recently in February.

Speaking of her husband's professional career, Paul, as mentioned earlier, as a singer, released EP, You and I on Arista records on November 12, 2008. It was mixed by Chris Lord-Alge and produced by Howard Benson.

Check out the video of Erin Cahill wishing Power Rangers the 20th anniversary.

Before marrying Paul, her last love was The Kiss from a Rose singer, Seal. The 42-year-old met Seal in February 2013 and immediately hit it off. The former flames went on a lunch date in Los Angeles. Everything was going perfect, but they say life is unpredictable; the father of four and Erin end up breaking up.