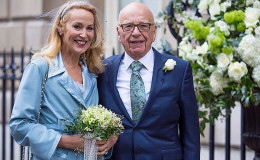 The 86-year-old business tycoon Rupert Murdoch has done very done in terms of business as he is the founder of News Corp. but has divorced several women in his life. He is married to former American model Jerry Hall and seems happily married. Let's see what we know about his personal life so far.

Everyone knows the business tycoon Rupert Murdoch as the CEO of News Corp. He has managed to sail through his controversies and manage to maintains his married life. But why marry several women? Hasn't he found the love of his life?

He got married to former American Model Jerry Hall but is the man happy with his wife? Well, let's find out more about the man here!

The media mogul aka Rupert Murdoch is known as the owner of 20th Century Fox Film Corp. He has been married several times in his life. 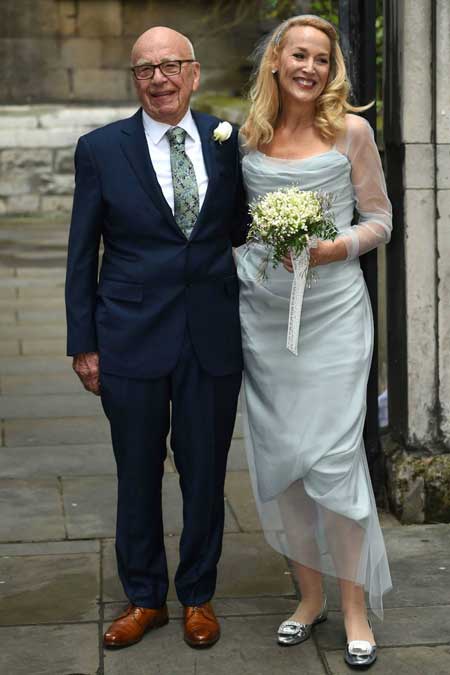 Rupert and Jerry on their wedding day
Source: GlamourUK

The 86-year-old media mogul tied the knot with the beautiful 61-year-old former American model Jerry Hall in March 2016 in the civil service at Spencer house which was followed by a blessing ceremony at St.Bride's Church which is also said to be "the spiritual home of the media" fitted for the media mogul with around 120 guests.

They met in 2015 and sudden romance blossomed which led them to get married after 5 months of dating in the following year. Jerry has four children with her ex-husband Mick Jagger.

Jerry was wearing a light blue Vivienne Westwood dress and was followed by six bridesmaids, her two daughters Elizabeth and Georgia May Jagger also with Rupert's four daughters Elisabeth, Prudence, Grace, and Chloe.

According to sources, Rupert looked the woman in the eye with love and said,

Meanwhile, he also tweeted on the same day saying:

No more tweets for ten days or ever! Feel like the luckiest AND happiest man in world.

The wedding was low-key with little guests which included Cabinet Minister, a former Rolling Stone member, an Oscar-winning actor and a professional photographer.

His father, Keith Murdoch was an Australian journalist. The papers Sunday Mail and the News was inherited to Rupert after his father passed away and began purchasing other media outlets. 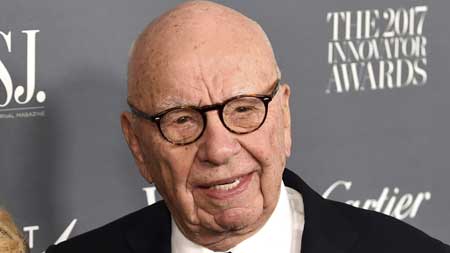 He branched out entertainment field with the purchase of 20th Century Fox Film Corp in 1985.

In 2015, it was announced that Rupert's son will be controlling the 21st Century Fox on July 1 and in 2017, The Walt Disney Company announces that they will be purchasing most of 21st Century Fox for $52.4 billion.

Rupert Murdoch Past Affairs and Marriages:

Rupert was married to Patricia Booker, a former flight attendant from Melbourne in 1956 and has a daughter Prudence with Patricia. They eventually got divorced in 1965. 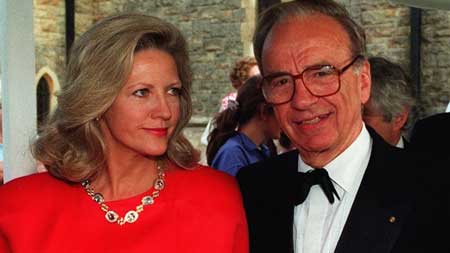 He then got married to an Australian actress Anna Torv after two years of divorce in 1967. The couple then had three children, James, Lachlan, and Elisabeth before getting divorced in 1999. 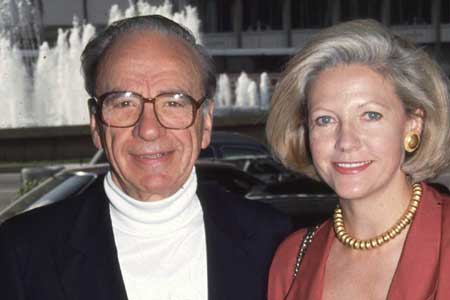 After the divorce, he paid $1.7 billion to Anna for a divorce settlement.

Right after 17 days of divorce with Anna, he married his third wife Wendi Deng. The couple had two children, Chloe and Grace. 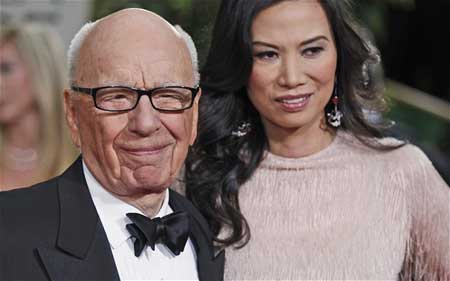 Rupert filed for divorce to Deng in June 2013 addressing that, "relationship between husband and wife had broken down irretrievably" in the divorce filing papers but the divorce did not get finalized until 2014. 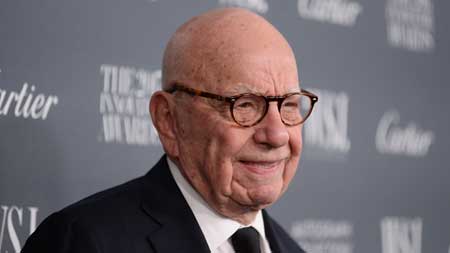