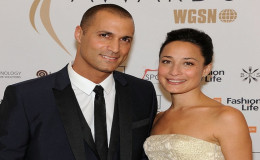 British photographer and author Nigel Barker and his model wife Cristen still maintain their romantic life the best way inspiring many fans around.

Having an equally fascinating personal and professional life is barely seen among the celebrities. British photographer and author Nigel Barker and his model wife Cristen Chin is an exceptional couple in this matter.

British photographer and author Nigel Barker and his model wife Cristen still maintain their romantic life the best way inspiring many fans around.

Nigel married his wife Cristen back in the year 1999 and is blessed with two adorable kids together. Let's find out their relationship in today's section.

Nigel, the fashion photographer tied the knot with wife Christen Chin back in the year 1999 in her hometown of Fairhope Alabama. She is a model and CoverGirl representative since many years.

As many other celebs, Nigel and Cristen met for the first time in the popular city Milan with the help of Christen's agent. It's often difficult to believe but it was love at first sight for the guy.

The Couple posing at the Jumpstart's Scribbles to Novels Gala, Source: Daily Mail

Barker, who rose to fame as a judge and photographer on the reality TV show America's Next Top Model, without wasting time proposed his lady love the best way he could.

Yes! they're living a wonderful married life this time with love and happiness overloaded. He explained the story during an interview with Page Six Magazine in 2006:

"That night, I called my mom and said, 'I've met this girl, and I'm gonna marry her.' The ground moved. As beautiful as she is on the outside, she's also got an incredible heart".

"I had the worst pickup line of all time. I had these terrible mosquito bites, big welts on my arm from the night before." I looked at her and said, 'You just arrived in Milan? Mosquitoes are really bad this time of year-look at my arm!'

The lovebirds are currently residing in the West Village Apartment living an awesome conjugal life of 18 years.

Eighteen years of marriage today...twenty three years of love thus far... Happy Anniversary my beloved Crissy, thank you for being you, for loving me and for the constant devoted light that you shine always. Simply - I love you! X

The couple was last spotted in public posing at Jumpstart gala in April 2016. The Face host even happier than before as he helped his wife in an awesome pose in the event at New York.

Mother-of-two looked fabulous in a multicolored gown and his husband looked dapper in a bespoke pinstripe suit.

The romantic life of a couple becomes even more effective with an arrival of kids making the family life complete.

Nigel and Cristen with their kids, Source: Huffington Post

As the family life is going on so smooth there are no rumors of split or extra affairs.

We wish them all the very best for their life ahead. 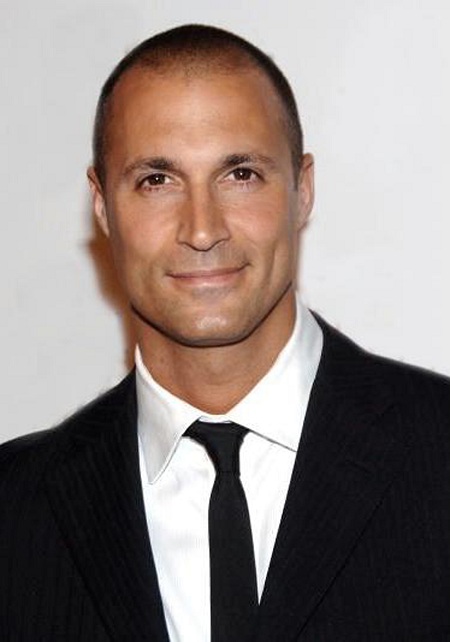