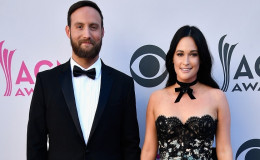 Kacey Musgraves And Ruston Kelly Get Married finally. Know about the marriage and relationships in detail.

The American country music singer, Kacey Musgraves and "1000 Graves" singer, Ruston Kelly are now married. Kacey and Ruston have now moved one step forward in their relationship and are all set to start a journey as a husband and wife.

We all know the pair married this month on October 14 and today we are here you to give all the details of their beautiful wedding day!!!

Kacey and Ruston married on October 14 at Tennessee. The duo seemed so happy and their smile reflected the pure love that has made them come this far.

As Kacey wished for “something really simple and intimate” ceremony, they choose Tennessee forest as their wedding venue.

The best kind of magic. Best day of my life. ??: @nbarrettphoto

Everything was so perfect and romantic. They were surrounded by their loved one (family and friends) and the ceremony was very beautiful.

The sweet morning after the most unbelievably magical night. Wish I could live in yesterday forever.

Both Kacey and Ruston shared their excitement before the ceremony through their social media.

The couple met in the 2016 and on the Christmas Eve last year, Ruston proposed Kacey with a ring on his hand to marry him. Musgraves broke the exciting engagement news on Instagram, writing, “I didn’t say yes…I said HELL YESSSS!!!”.

I didn't say yes...I said HELL YESSSS!! Last night, the best man I've ever met got down on one knee in my little pink childhood home..in the same room I played with my ponies and barbies and asked me the easiest question I've ever been asked. ? I finally know what everyone means when they say "you just know".

Ruston also described his happiness after hearing the word "Yes" from Kacey as :

“I have never met a more incredible partner and woman. Last night I became the luckiest, proudest and happiest man ever. I asked the brightest light in my life to marry me.”

The singers both busy in their schedule seems like planning to go on a honeymoon after their music tours.

Just got added to the @amandapearlshires show at CW. Tickets are almost sold out but go to @citywinerynsh to purchase. Doors at 6/ show at 8. Love me some Mandyyyy

Musgraves is on her tour for her next show on Nov. 17 in Atlanta. After that, she will be touring with Little Big Town as part of “The Breakers Tour” next year. On the other hand, Ruston on Dec. 15, will play at The Palace in Louisville, Kentucky with Jason Isbell. 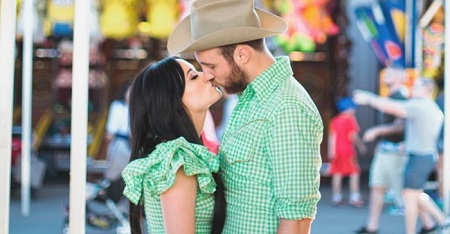