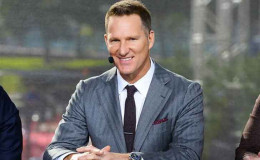 Danny Kanell knows a thing or two about what it's like to depart from a long-term partner only to end up with a special lady who has brought nothing but joy and happiness in his life.

When a long-term relationship breaks, you are bound to be skeptic about whether you're gonna end up with someone special. Breakups are not the end of the world. In fact, they provide an opportunity to learn from your failures to find a more suitable partner.

Danny Kanell knows a thing or two about what it's like to depart from a long-term partner only to end up with a special lady who has brought nothing but joy and happiness in his life.

Danny Kanell is married to his beautiful wife Courtenay Kanell. The couple was in a relationship for a while before tying the knot.

Danny shares an amazing bond with his wife. So far his love life is full of joy and the duo feels no hesitation to flaunt it on social media. 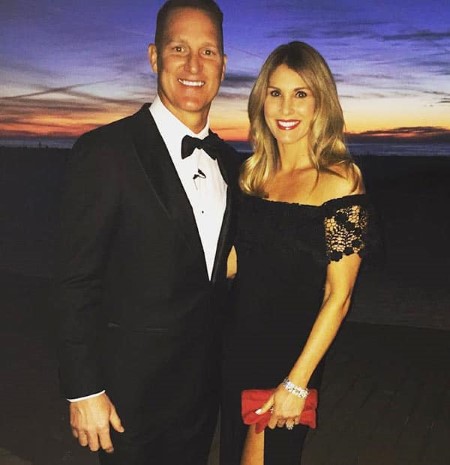 The pair shares three daughters together. The entire family seems to have lots of fun together. The former American football quarterback took a picture of himself with his middle daughter celebrating her birthday. The Kanell's had a fun night celebrating their favorite baby girl's born day on November 13, 2019.

The CBS sports show host is a family fan; a proud father and a loving husband of Courtenay Kanell. Meaning, he leaves no chance to spend a quality time with his wife and kids. Most notably, Danny's socials are showered with the picture of his family and moments spent with them.

Romance appears to be a crucial factor in this couple's relationship. Danny flaunted his date night with his lovely wife in New York City on Instagram.

The former NFL star leaves no shortage of effort to make his wife feel special. Here he shares another picture of his wife relaxing on the beach. He captioned it "Happy Wife Happy Life".

During the couple's anniversary, Danny posted a picture together captioning it 'Workout partner for life #anniversary'.

Recently in July 2018, the whole family went for a vacation to Lake Glenville.

There's no doubt this lovely couple is enjoying a blissful married life. In fact, the entire family of five look absolutely adorable together.

Earlier, Danny was in an eight-year-long relationship with Whitney Cases. However, the couple later split which resulted in a brand new beginning in the life of the former NFL star.

Kannel began playing football in high school as a junior where he led Westminster Academy to a 12-1 record and state championship. He joined Major League Baseball team New York Yankees in 1993, after the 14th round of MLB draft. However, he saw football as a better career path for him.

During his time at Florida State University, Danny was the quarterback for four years. In the early days, Kannel played back up to Charlie Ward. Subsequently, he had to face some difficult competition during this period. 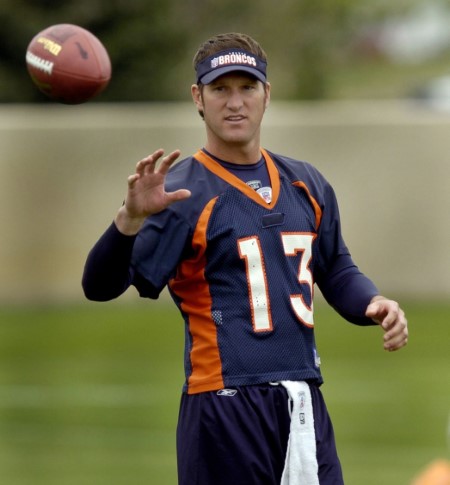 To Kannel's credit, his back to back commendable performances won him a starting role as a sophomore. During his college years, he played 35 games and finished 62.7% of his 854 pass endeavors.

Danny pitched for 8,372 yards, 47 scores, which was a school record at the time. Moreover, he made 26 interceptions over his four years as a Seminole. Kanell got registered into the Florida State Athletic Hall of Fame in September 2012.

Kannel was named to the Honorable Mention rundown of All-Americans during his last senior season at Florida State. In the 4th round of the 1996 NFL Draft, he was then taken by the New York Giants.

Kannel debuted in NFC and showed great performances for the Giants. Despite impressive performances, he was only making $216,000, which was the minimum salary of the league.

The following season he signed a three-year contract with the Giants worth $9.5 million. However, his performance declined gradually over the years. Giants then replaced him with Kerry Collins.

In 2000, Danny was released by the Atlanta Falcons before joining the AFL New York Dragons team in 2004. This was followed by a short stint with the NFL's Denver Broncos.

The same year, Danny Kanell announced his retirement. He has since served as a football analyst for ESPN shows.

Some Interesting Facts of Danny Kanell 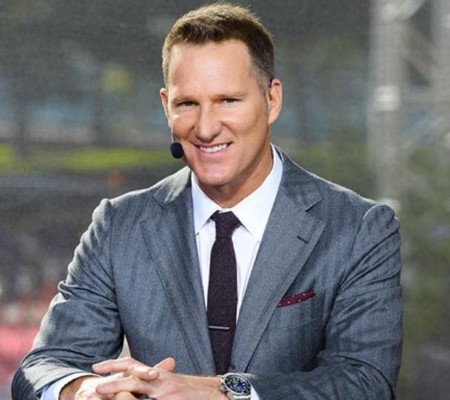