Former Canadian model Yasmeen Ghauri never thought she would give up on her precious career. But it seems her decision didn't take an ugly turn as she sacrificed her career just for the sake of her family which eventually paid off.

Former Canadian model Yasmeen Ghauri never thought she would give up on her precious career. But it seems her decision didn't take an ugly turn as she sacrificed her career just for the sake of her family which eventually paid off.

Today in this section, we're going to take a look at her personal life and be up close and personal with the model.

Not a whole lot of people would sacrifice such a blooming career for just about anything and here we are talking about one of those rare people.

Yasmeen, who had a big career ahead of her made a hard choice during the peak of her career. It seems the love she had for her then-boyfriend and now-husband, Ralph Bernstein, was a  bigger reward for her as opposed to an enthralling career. 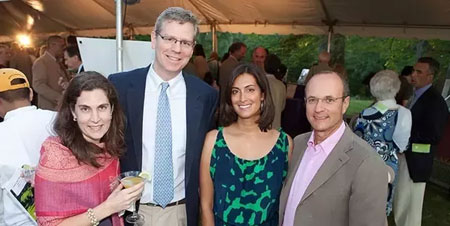 Yasmeen Ghauri with her husband Ralph(man on the left) along with their friend
Source: Quora

While exact time as to the when their relationship furthered is still at large, we can sure tell it's been a long and wonderful journey for both of them.

The couple got married right after they became parents for the first time. They welcomed a baby girl named Maia, who was the much-needed signal for the couple to escalate their relationship.

Their family of three got bigger after the birth of the second child, a boy, Victor. The happy family of four resides in New York.

Talking about her current profession, Yasmeen pursued a career in law after her husband urged her to do a degree in business. She also works as an activist for breast cancer and it's research.

Yasmeen was born into a conservative family of mixed ethnic background. Her mother Linda was German whereas her father, Moin Ghauri was from Pakistan.

While working at the McDonald, Edward Zaccharia, an artistic director at Platine Coiffure discovered her. But taking a step towards the field of modeling wasn't always easy for her. 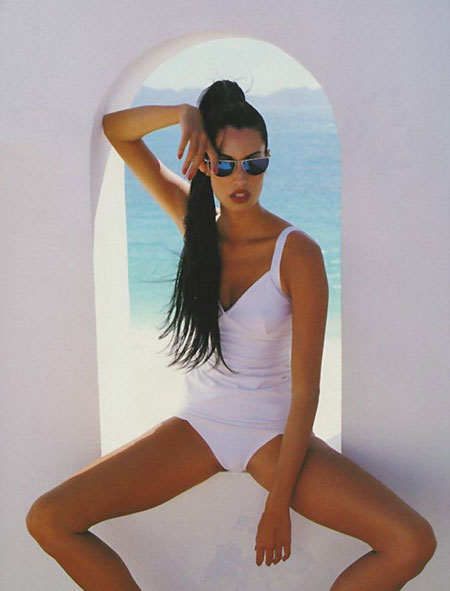 Yasmeen posing for a photo during a photo shoot
Source: Pinterest

Her father didn't like the idea of her being a model but despite all the obstruction she chose what made her happy and entered the field of modeling.

During her illustrious career, which lasted for several years, she worked for some of the biggest fashion labels from the world including Harper's Bazaar, and British Vogue editorial.

She was also the face of Chanel, Jil Sander, Christian Dior, Hermes, Lanvin, Valentino Couture, Versace and Anne Klein. Her perfect body measurement of 34-25- 35, she sure made a big impact on the modeling world.

But it seems becoming a mother of two and wife of one was the ultimate goal for her in life and because of that, she left the modeling world. 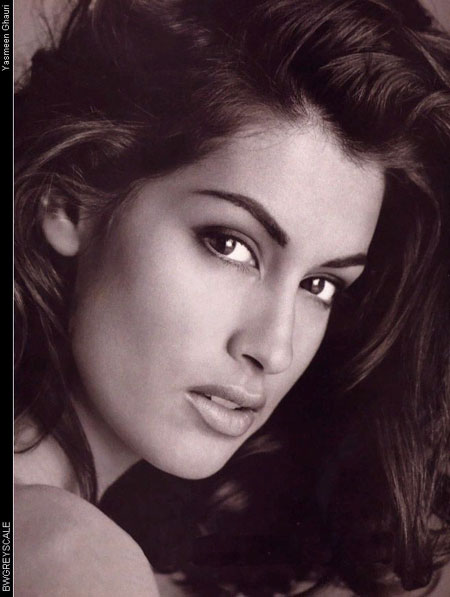