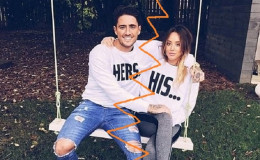 Geordie Shore star Charlotte Crosby and beau Stephen Bear confirm they have SPLIT!! Have confessed that they are no longer dating and plans of engagement is also cancelled.

Reality TV Queen Charlotte Crosby is back into the market after ending up her tumultuous relationship with boyfriend Stephen Bear.

The pair who has split twice back in the days now has officially split, their representatives confirm. Although the couple seemed pretty serious and committed to each other, they faced many ups and downs but this time, Charlotte is not ready to reconcile. But why? It's time to find out.

Geordie Shore star Charlotte Crosby and beau Stephen Bear confirm they have SPLIT!! Accuses him of Kissing another Girl

The Geordie Shore star and winner of Big Brother's season of 2013, Crosby was left heartbroken when she found out that her so-called loving beau Stephen kissed another girl and she went on an exclusive Twitter rant against her ex. 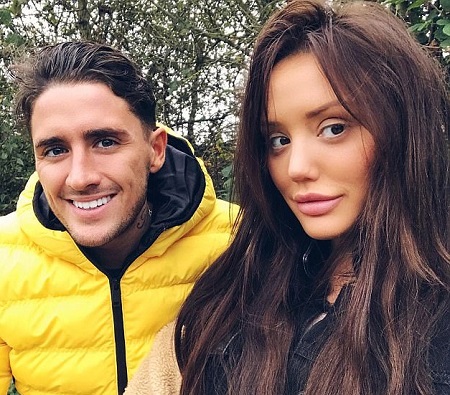 She accused him of "necking on" with someone else after 48 hours of split confirmation by their reps. A representative of Stephen stated the media,

"I can confirm that sadly Stephen and Charlotte ended their relationship last week. The pair ended on good terms, and no one else was involved whatsoever." 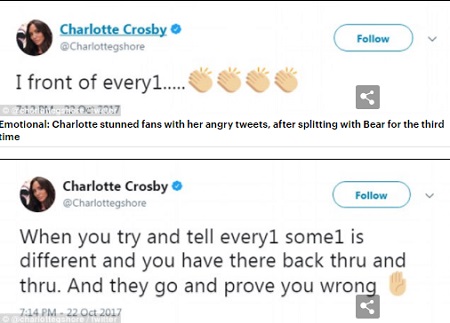 The reality tv star first tweeted simply WOW, to make her fans curious about what she was talking about and an hour later she tweeted another post signaling that she was cheated on. She wrote,

"I can't believe stuck by some1 for so long....for its to take 48hours for them to be necking on with some1 in a club".

Before this, she had previously announced that her ex-had dumped her via her Snapchat video back in August. In the video, she gave an emotional statement that Stephen was so selfish and didn't care about little things and she was so upset by the break up. 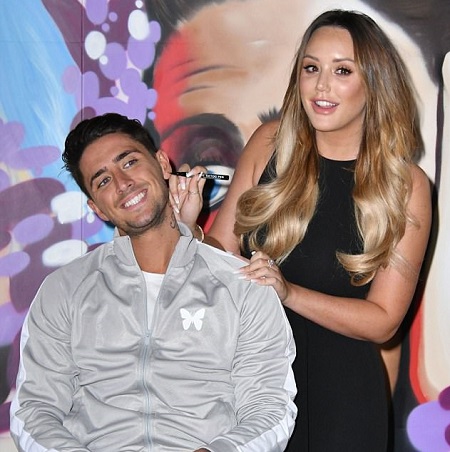 Stephen and Charlotte in an event, Source: People

But now she's slammed Bear back and dumped him. But before this, the former pair had confessed the engagement plans and get pregnant within 2017.

The duo first met while starring on series Ex On the Beach and have been dating ever since. They seemed really into each other and Charlotte always gushed how incredible Stephen was and how much he loved her.

But this time, the ship has sailed for this couple.