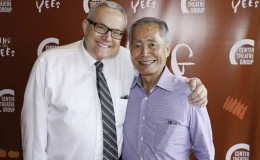 George Takei is living a happy married life with his husband Brad Altman. The couple has been together for as long as 31 years now.

George Takei rose to fame playing Hikaru Sulu in the original Star Trek TV series. He is also known as an activist, advocate for LGBTQ rights and a renowned author. Takei who came out a gay in 2005 is living a happy married life with his partner Brad Altman. Reportedly, they kept their relationship private for 18 long years before revealing their sexuality.

George Takei was accused of sexual assault by a former actor and model back in 2017; while the incident actually occurred earlier in 1981. Let's go in-depth!

Star Trek legend George Takei, 81, and partner Brad Altman maintained their relationship a secret for 18 long years until Takei came out publicly as a gay in 2005.

The couple married three years later after the major revelation in 2008. They were surrounded by close friends and family members and few 'Star Trek' co-stars. 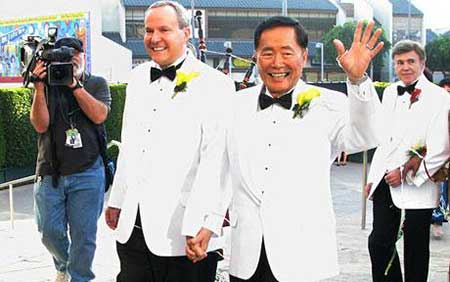 George Takei and Brad Altman married after 21 years of being together
Source: The Telegraph

'When Brad and I got married, we asked our very good friends from my ‘Star Trek’ days to be a part of the wedding party.'

Walter Koenig who played the role of Chekov and Nichelle Nichols who played Lieutenant Uhura on the Star Trek was the 'best man' and the 'best lady' in the ceremony.

Brad and I are so thankful for those who serve in our military—ALL of them. The brave transgender people serving make not only the U.S. stronger, but all of us stronger. This shirt benefits GLAAD, so wear your support on your sleeve, like us, and get yours through the link in my bio or omaze.com/stronger.

A happy married life is what every couple's only wish but Altman mentioned that Takei isn't always serious when discussing their relationship.

"Notice every time George says something serious about relationships, he always laughs immediately after?"

"I find it amusing. Bringing joy."

Though Takei revealed his sexuality in 2005, it was an open secret among Star Trek fans since the 1970s. He's an active member of LGBT organizations including Frontrunners. He also maintains a good relationship with openly gay couples.

Takei and Altman have been together for 31 long years now and they still have a long way to go ahead.

George Takei Accused of Sexually Assaulting A Former Model In 1981

A former model and actor Scott R. Brunton made a shocking revelation back in November 2017 that made everyone open their mouth wide open.

He accused Takei of sexual assault in 1981 when he was 23 during the incident. He claimed that Takei took full advantage of him when he was most vulnerable.

Thyme’s almost up. I want to fly YOU out pho lunch in NYC and give you two tickets to Hamilton, but it’s your LAST chance to enter! Hit the link in my bio or go to omaze.com/george TODAY. It’s all to support United We Dream, a great cause. See you soon!

During an interview with The Hollywood Reporter, he said,

"This happened a long time ago, but I have never forgotten it. It is one of those stories you tell with a group of people when people are recounting bizarre instances in their lives, this always comes up. I have been telling it for years, but I am suddenly very nervous telling it."

It was the moment when Brunton was working as a waiter trying to establish himself as a commercial actor and model when he met Takei. They exchanged numbers and went back to Takei's condo.

Get details about the sexual assault allegations over here:

"We have the drink and he asks if I would like another. And I said sure. So, I have the second one, and then all of a sudden, I begin feeling very disoriented and dizzy, and I thought I was going to pass out. I said I need to sit down and he said sit over here and he had the giant yellow beanbag chair. So I sat down in that and leaned my head back and I must have passed out."

Takei tried to abuse him but every time Brunton tried to avoid the situation and pushed him away.

"So I managed to get my pants up and compose myself and I was just shocked. I walked out and went to my car until I felt well enough to drive home, and that was that."

After the shocking fact disclosed in the media, Takei denied the allegations via Twitter and Facebook posts.

I'm writing to respond to the accusations made by Scott R. Bruton. I want to assure you all that I am as shocked and bewildered at these claims as you must feel reading them. /1

The events he describes back in the 1980s simply did not occur, and I do not know why he has claimed them now. I have wracked my brain to ask if I remember Mr. Brunton, and I cannot say I do. /2

Right now it is a he said / he said situation, over alleged events nearly 40 years ago. But those that know me understand that non-consensual acts are so antithetical to my values and my practices, the very idea that someone would accuse me of this is quite personally painful. /4

"I don't want anything from him but an apology. I am sure he'll disown all this, I don't know, maybe not."

Will Takei ever apologize for the incident? Let's wait and watch! 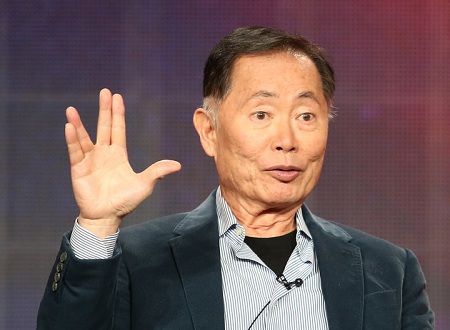