German player, Marco Reus and Wife, Scarlett Gartmann is a proud Parents of Daughter; Know More About their Family Life. 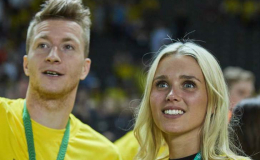 Borussia Dortmund goalscorer Marco Reus and his girlfriend Scarlett Gartmann are now happy and proud parents of a daughter. Scoring seems to be easy for Reus as he's doing great on both on and off the pitch. He's been living a cheerful personal life with his love and his daughter.

It doesn't come as a surprise for player Marco Reus whose aura and charm has led him to date several ladies from time to time. After enduring a few failed relationships in the past, will his present relationship last long? Everyone who follows him definitely wants an answer to this question and so do you. Let's find out in details on how his life panned out with the article below!

German attacking footballer Marco Reus has recently been through the proudest moment of his life with model girlfriend Scarlett Gartmann as the two became a parent to a daughter this year. Scarlett gave birth to their daughter in March 2019. 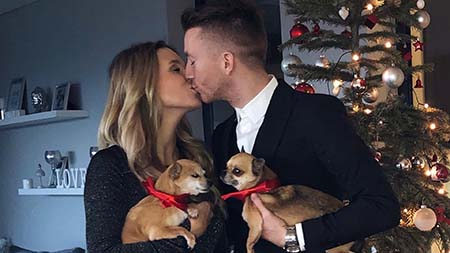 The playmaker has always been open about his relationship to the media. On being a father, he shared a post on his Instagram with a caption attached to it. Have a look at the post!

Well, it is obvious he was over the moon with tremendous joy as he couldn't wait to welcome his adorable daughter to the world.

The couple doesn't disappoint their fans by regularly posting their pictures on social media. His wife regularly posts about her moments with her daughter.

The family doesn't miss the chance to spend their holidays together. Being a footballer, it's tough to manage time for family, but Reus manages to do it more often. The couple was recently seen enjoying their quality time in Germany on May 25, 2019, to celebrate their holidays as football season is over for Reus, he's on holiday for about a month.

There was a rumor that the couple got engaged and married the same year in 2017. However, there's no strong source to support the rumors. We need to wait for the versatile player and a famous model to open about it in media.

How Marco Reus And Scarlett Gartmann Started Dating? Any Past Affairs?

One of the most handsome footballers, Marco Reus has been dating a stunning German model Scarlett Gartmann since 2015. Although their relationship was low key initially, they're now open about it and very elated with each other.

Scarlett has been featured in ad campaigns for companies including Drykorn, Modeca Brautmoden, and Hyundai. The model faced some trouble on the social media site in 2017. She allegedly advertised expensive handbags and watches on Instagram which is illegal in Germany.

Talking about his past affairs, he kept most of it out of the media. But, however, he couldn't always hide everything especially when rumors surfaced he was dating Gartmann.

The Dortmund captain himself said about his relationship with the German model. Talking to German Daily in 2015, he said

"Yes, it’s true – Scarlett and I are together!"

Reus didn't hesitate a bit to open about his love life. However, he took some time sharing a picture of them together, on Instagram. Have a look at his first post with Gartmann!

Well, looks like his life has been all good, but hold on, he was previously in a relationship with a TV presenter Carolin Bohs which couldn't last long. They managed a decent and secret relationship from 2009 to 2013. 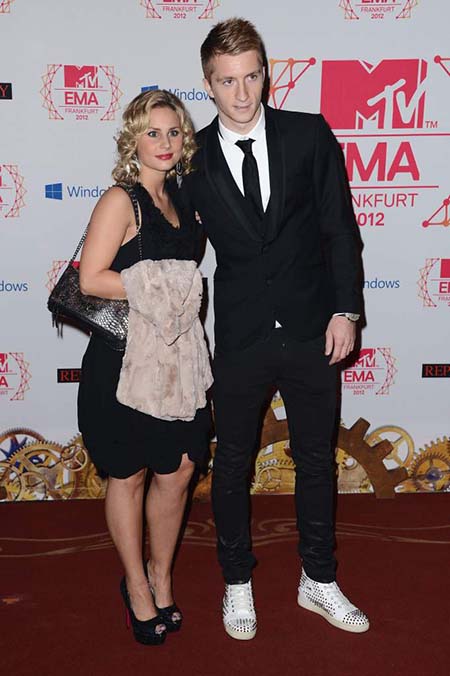 Plaudits to Reus, even after being one of the most popular sporting figures, he managed to keep his personal life mysterious. He's more focused on his career which might be the reason for his nature of keeping his personal life to himself. 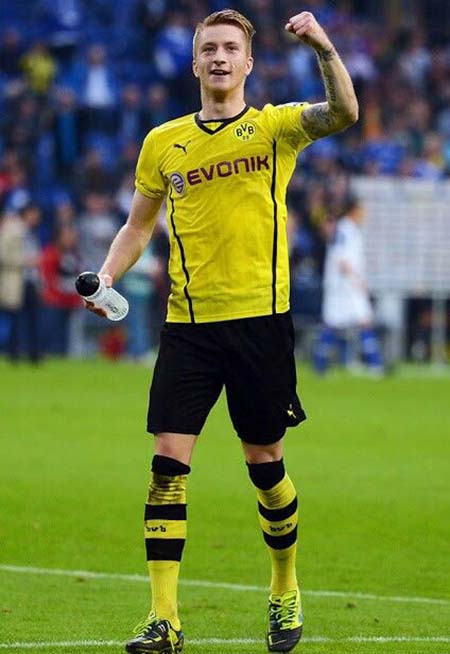 For more information on your favorite celebrities visit marriedwiki.com/article