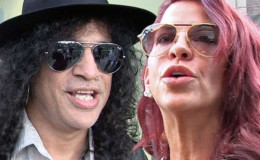 A settlement at last!

The judge in the L.A. courtroom ordered Slash to pay a hefty amount of $6.6 million within 30 days of the papers of judgment being signed by both the parties. 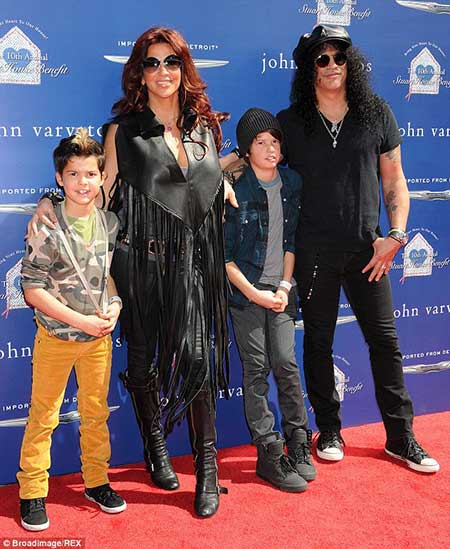 The 53-year-old English-American musician was in a hush to settle to divorce soon as he wanted to move on from his former life and had given his wife a fair agreement.

His proposition somehow was like this- Ferrar will have the custody of their two kids but they'll be sharing the joint custody of them both.

The judge has also instructed Slash to pay $100k and $39k every month as spousal support and child support, respectively. Not only this, but his two kids will also be receiving 1.8 percent of Slash's income until 2036.

Slash will be keeping all of his personal interests, companies, and most of all, his loaded bank accounts. According to the papers submitted by him, his monthly income is $345,000.

Now that the money related stuff is all out the way, it only lefts us with the distribution of assets between the two. Slash will keep Ford F-150 and the Beverly Hill House, whereas Perla will get the house in the L.A. which they jointly bought, a 2014 Range Rover, Mercedes AMG and Mercedes GL 450.

The couple was married since October 15, 2001. They faced some problems back in 2010 and Slash filed for divorce only to reconcile with her two months later. He finally had enough and again filed for divorce in 2014.

Perla Ferrar finalized a divorce against ex-husband Saul Hudson aka Slash, the Guns N' Roses singer in April 2019. According to the agreement, Slash should be paying $39,000 per month as child support.

Slash first filed a divorce in 2010 but they reconciled in two months but in 2014 he filed for the second time and this time the divorce stretched out till now. This time, he really wanted to move on. While Slash was going through sadness when he split from Guns N' Roses, his ex-partner threw a huge divorce party on 16 October 2018 night.

Perla hosted the costume shindig at their LA home, where she invited guests to come donned as their favorite divorcee. Further, she herself went as nine-time divorcee Zsa Zsa Gabor, rocking a long pink fur-trimmed satin robe and hot cleavage out on display in matching pink negligee. Likewise, her son London went dressed as shirtless with telltale belly tattoo.

The lead guitarist of Guns N'Roses is kindling romance with Meegan Hodges since January 2015 right after his split with second wife Ferrar. The 54-year-old is in a live-in together relationship with Meegan and they reside in  Slash's San Fernando, Los Angeles home. The musician broke the headline after he was spotted with Hodges and her two daughters Scarlet Knight and Lucy Bleu Knight. 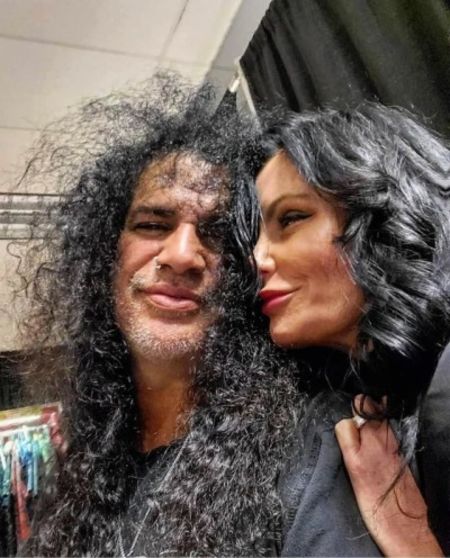 Perla Ferrar referred to Meegan Hodges as the "other woman" who interfered in their relationship at the time of their marriage. That's not all Ferrar even sued Hodges for harassing her and sons London and Cash Anthony passing negative comments via social media. Later, Slash claimed those messages appeared from Ferrar's profile and their kids were not aimed at that site.