Home Article Harold and Lillian Michelson; an inspiring Jewish Couple, Married for 60 years: Hollywood is giving a tribute with a documentary

Harold and Lillian Michelson; an inspiring Jewish Couple, Married for 60 years: Hollywood is giving a tribute with a documentary 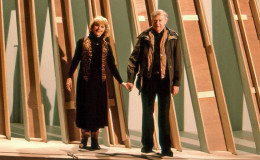 An extraordinary love story of late Harold Michelson and Lillian Michelson, couple married for 60 years and had three sons. Their love story made public by making a documentary movie by director Daniel Raim.

We all have heard and even seen the greatest love stories in the American history and they will forever, without a doubt, remain greatest of all times.

From Romeo and Juliet to Napoleon and Josephine, Hollywood never forgets to glorify these exceptional love stories. But, there's one such story, that had remained untold and overlooked for a long time, a real love story that didn't get to meet the public eye until now.

It's the story of a revolutionary storyboard artist and an extraordinary film researcher, whose path collided, creating a huge conversion in American film history.

Often referred as 'secret weapons' or 'power couple" of Hollywood, their wonderful love story has finally reached the screens, with the effort of the famous documentary director, Daniel Raim; a huge tribute to this wonderful couple.

But before talking about the movie, let's take a moment to know the amazing love story of late Harold Michelson and his wife Lilian Michelson.

The late Harold Michelson, who worked as an illustrator and storyboard artist for more than five decades was a happily married man.

He met his gorgeous, fun and curious wife, Lilian after WorldWar II in Florida back in 1945. As dramatic as it sounds, both fell in love and eloped to California and started their amazing life together. 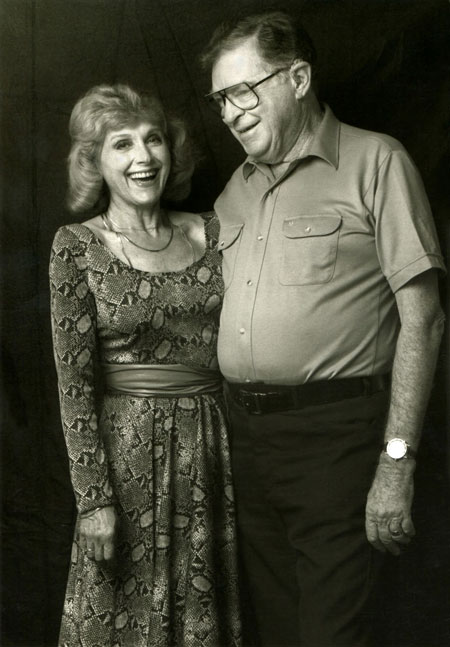 Lillian and late Harold Michelson, Source: Out of the Past

Their endearing married life began after Harold proposed Lilian by putting a ring in Pina Colada.

The powerhouse couple got married and a new life awaited them. The pair was proud parents of three sons, who have now grown up to be successful men in their respective fields. 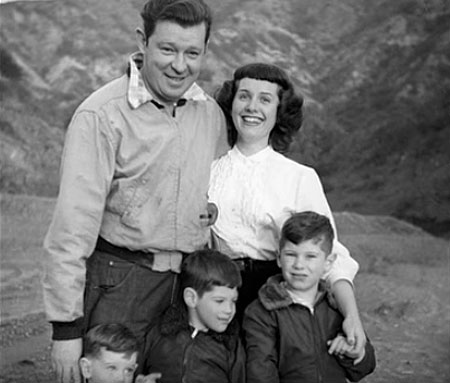 Harold started his career in the film industry after the end of World War II and before that he was a bombardier-navigator in the U.S. Air Force.

He dedicated much-doing storyboards for greatest movies of that time including The Ten Commandments, Ben-Hur and Spartacus.

Eventually, he established himself as the industry's best storyboard artist. Lilian who supported and loved her husband dearly found a position at a film research library, first as a volunteer and later as a veteran film researcher. 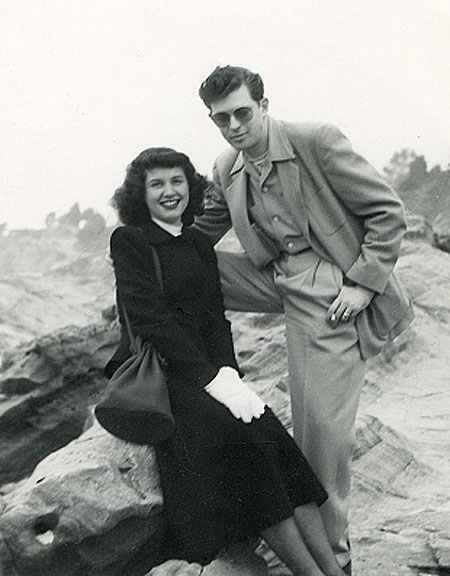 Her most admired work includes Fiddler on the Roof and Whos' Afraid of Virginia Wolf? and together they have worked on The Graduate, Rosemary's Baby, Scarface and much more, leaving an indelible mark in classic American movies.

Sources reported that it was Lilian who inspired Harold to be the artist he was always meant to be.

Their marriage lasted for 60 years as Harold, who later on became successful American production designer and art director, died on March 2, 2007, t the age of 87.

Harold and Lilian Michelson, together have contributed a lot to the film industry and their amazing journey had remained in shadow, not until now as a new documentary film, Harold and Lilian: A Hollywood love Story"  is all set to hit cinemas on April 28, 2017. 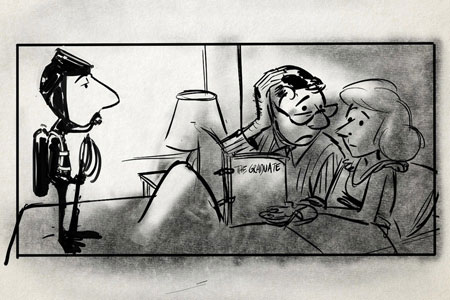 Storyboard by Patrick Mate from ‘Harold and Lillian, Source: Times of Israel

Directed by the famous American-Israeli documentary director, Daniel Raim, he has paid a great tribute to this amazing couple. 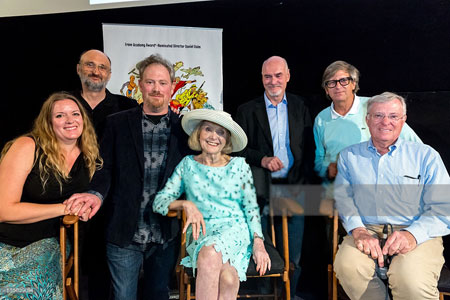 He first met Harold in 1997 through Robert Boyle, famous film art director who had collaborated with Alfred Hitchock.

Harold appeared as guest lecturer at American Film institute where he studied direction and he was mind blown by Michelson's amazing journey.

And just two years ago, Daniel decided to make a film about Harold and Lilian and met Lilian, now 88 living at the Motion Picture and Television Fund, a retirement community for ex-employees. 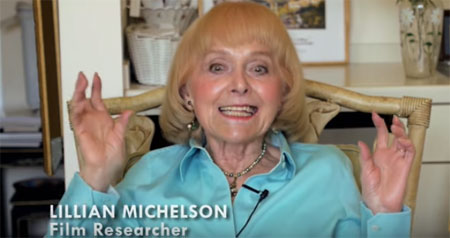 A scene from the documentary with Lilian Michelson, Source: Youtube

The movie revolves around Harold and Lilian's life together, how they had marital problems and challenges faced by them while raising an autistic son.

It involves Lilian's monologue about her life and a proud six long decades of happy marriage with Harold.

Here's the official trailer of the movie, Harold and Lilian: A Hollywood Love Story. Enjoy watching!

The movie is made on a limited budget but it has already gained a world-wide recognition. We wish the movie to cross millions and hope that Harold and Lilian's love story always remain one of the greatest love stories of Hollywood.