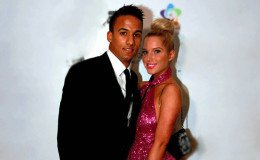 Helen Joyce Gabriel Flanagan is a British actress, model and sensual soap opera personality. She is widely known for her bold role of Rosie Webster in the soap opera Coronation Street from the year 2000 to 2012 The young beautiful English talent was born on 7th August 1990. She was also voted to run for the 100 sexiest women in the world.

The sensual British actress was born in Bury, Greater Manchester, England. She completed her studies in her home town from Westholme School in Blackburn, Lancashire. Her beautiful journey in acting started in the year 2000 when she appeared in Coronation Street as Rosie Webster. After performing the character of Rosie, Helen inclined her fan following and this boosted her popularity among other actresses. For Rosie, she was also nominated for Best Dramatic Performance from a young actor/actress by The British Soap Awards. Unfortunately, she lost nevertheless she maintained to grab the attention of many.

In 2011, she had her own Coronation Street where it was portrayed that how Rosie Webster tries to explore herself in a modeling career in London and her struggles in doing that. Later, that year she announced that she will be leaving Coronation streets from February. She was trying to find other possible opportunities in different field.

The hot cake of the football world and heartthrob of many teenage girls Scott Sinclair is an internationally renowned professional footballer. The 28-year-old dashing celebrity was born in 1989 in Bath, Somerset, England. He started playing football at the age of 15 where he played as the youngest player for Bristol Rovers. Eventually, in 2005 Bristol sold Scott in an initial of 2000,000 pounds to Chelsea Football Club. Since then Scott gas played for Swansea City, Manchester City and back to Chelsea as well.

Dating since 2009, Helen and Scott have been in an inseparable loving relationship. Footballer boyfriend and former Coronation street star are enjoying and loving each other’s companionship and giving other celebrities some burn.

They are literally relationship goals for many of the Hollywood couples. In the time where many popular couples are parting their ways, Helen and Scott are standing strong for giving others a tough competition. Even though rumors are flying in the media that they have already tied the knot in a private wedding but the rumors are rumors and not so true, to be honest.

They are living together and Helen is following her footballer boyfriend wherever he goes. This thing shocks everyone that even though they are not legit couples but they are standing next to one another no matter what.

Helen and Scott expected their first child in the summer of 2014. When they finally got to share their joyous moment with their fans- an adorable baby girl. During her pregnancy, she didn’t miss the chance to flaunt her baby bump in front of the media.

But without a doubt, she was looking gorgeous even then. Their adorable girl Matilda turned 1 this July. Proud mommy Helen and dad Scott didn’t miss to celebrate little Matilda’s birthday in a grand manner.