Home Article Hollywood Actress Lori Loughlin's Married Twice, Is In a Relationship With Husband Mossimo Giannulli Since a Longtime; Has Two Daughters

Hollywood Actress Lori Loughlin's Married Twice, Is In a Relationship With Husband Mossimo Giannulli Since a Longtime; Has Two Daughters 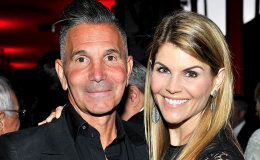 Lori Loughlin and her husband Mossimo Giannuli are allegedly part of what everyone knows as one of the largest college admissions scandal in the history of the United States.

Would Lori Loughlin's Relationship Last With Her Husband After The College Scandal?

The American actress Lori Loughlin relishes a beautiful relationship with her husband Mossimo Giannulli. They walked down the aisle right after Thanksgiving, on November 27, 1997, deciding to elope instead of having a traditional wedding. 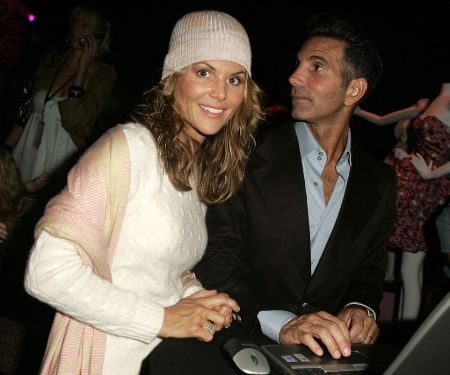 In the lifetime voyage, the duo became the proud parents of two kids. On September 16, 1998, Lori gave birth to their first child Isabella Rose Giannulli, a baby daughter followed by their second daughter Olivia Jade Giannulli on September 28, 1999.

Recommended; Finally! Lori Loughlin Breaks her Silence on the College Scam; What she has to say?

“We had Moss’ best friend and a minister meet us, and we got married at sunrise and then we went to Thanksgiving dinner and we told everybody,” Loughlin told Entertainment Tonight.

“We had talked about doing a wedding and we just thought, ‘Let’s get up and let’s go do it.’”

Lori also noted that they decided to elope because both of them were previously married and it didn’t work out. They thought it would be best to have a special ceremony that was just for the two. 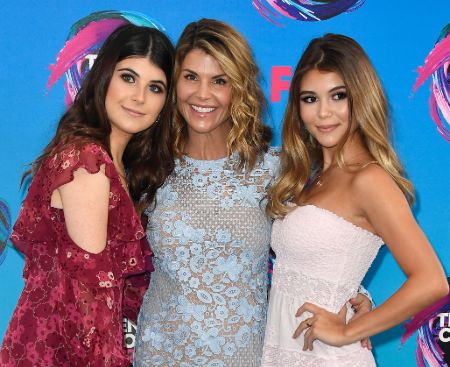 Loughlin and Giannulli happily crossed two decades of their married relationship and there has been no any falsehood appear that may hinder their romance.

Until finally this year, they allegedly got involved in the college admission scandal of history.

Also, Read: Dr. Dre is all Praises for his Daughter after she got into USC Amid the Admission Scandal

On March 12, 2019, Loughlin and Giannulli got arrested after getting involved with an alleged nationwide college entrance exam cheating scandal and charged with conspiracy to commit mail fraud and honest services mail fraud and released on bail.

Taking a glance at their strong bond over the past twenty years, we can assure that their relationship will last until the very end, no matter what the pair might go through in the near future.

Before moving with her love down the line, Lori previously remained in a married relationship with another guy. 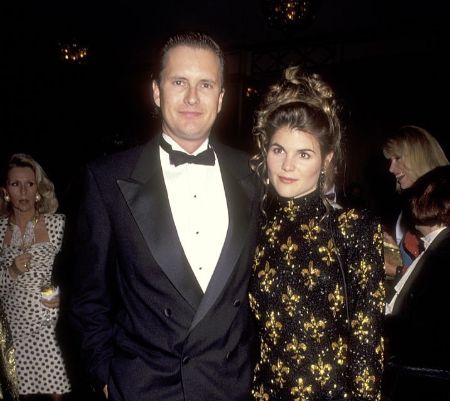 As a matter of fact, Lori Loughlin once tied the knot with Michael R. Burns in 1989. Michael worked as an investment banker at that time.

You May Read: American Actress and producer Ashley Tisdale is married to musician husband Christopher French

Lori Loughlin and Michael Burns were married for 7 years before calling it quits. Sadly, their romance didn't go throughout the lifetime as the couple split in the year 1996.

Who knew fate had her longing next love of her life in the long-run! 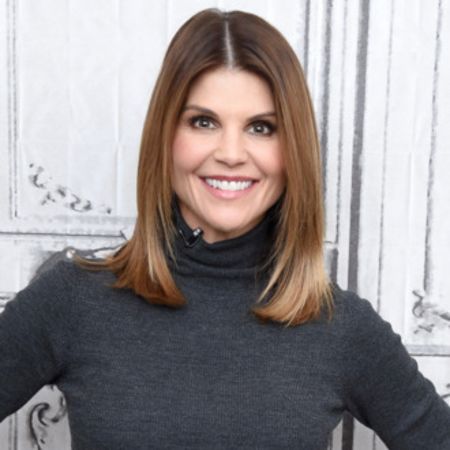