Home Article Married To A Coast Guard, Britta Merwin's Love Life Behind The Screen-Know About Her Husband And Children

Married To A Coast Guard, Britta Merwin's Love Life Behind The Screen-Know About Her Husband And Children 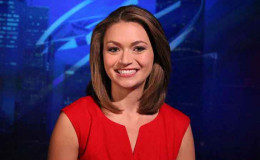 Happiness is when you dream to be something at an early age and your life turns into exactly the way you thought. The beautiful meteorologist, Britta Merwin dreamt of being at a place which she has accomplished now.

But what about her love life? Merwin is married for a long time now but is it also going the way she thought it would go? How is her family life with husband and children?

Married To A Coast Guard, Britta Merwin's Love Life Behind The Screen

Britta Merwin is living a joyful life with the family of four!!

The popular American Meteorologist is married for a long time now to her husband of 8 years who is a U.S Coast Guard. Reports claim that her unnamed husband proposed her in New Jersey. 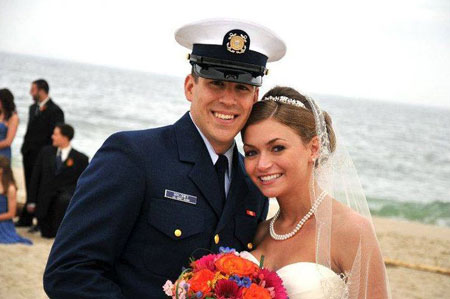 Britta with her husband at their wedding
Source: Wiki NetWorth

Merwin has not disclosed any information about her husband's life but has always mentioned that he is very supportive and loves her unconditionally.

Discover; Personal life of Michelle Phan and Dominique Capraro. When are they going to get married?

The couple tied the knot on 22 May 2010. There is no detailed information about when the pair started dating or met each other. She posted a picture on her Instagram on 22 May wishing her partner on their 8th anniversary.

8 years with this stud! #besthusbandever #happyanniversary

The meteorologist keeps her social media updated to her fans. She keeps posting pictures with her family. The duo shares two children, Jackson who is 7 and Henry who is 5 years old.

Every parent feels my pain #failedfamilyphoto

One of her sons was diagnosed with autism at 2 years old which is the most tragic thing happened in her life. She said,

"For the past two years, I've worn my blue puzzle piece every single day of April, and every year I get a ton of emails and one woman emailed me and said, 'Thank you for supporting autism,' I wrote her back and said, 'For me, it's a personal journey for me too.'"

As of now, Merwin is living a joyful life with her husband and two children and we wish her all the best for her upcoming days.

Dream Came True For Britta Merwin, Her Life As A Meteorologist

Merwin debuted her career by interning at WCBS-TV in New York and got an opportunity to know the overall study of Meteorologist world which was her dream since childhood. 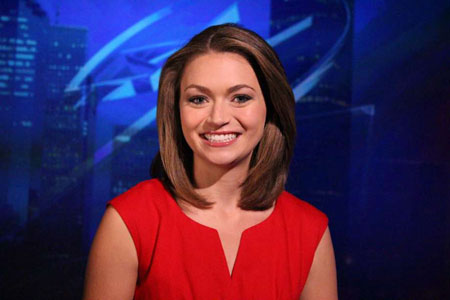 Her technique was highly praised by NBC Weather Plus which provided her with a good position on the channel. She gained her position in The Weather Channel in 2009 alongside working as a meteorologist for CNBC & MSNBC.

You May Also like; Darlene Rodriguez married life and know more about her husband

She was hired by KCRA as a weekend morning meteorologist when she moved to California. Since then she has been working for the KCRA. 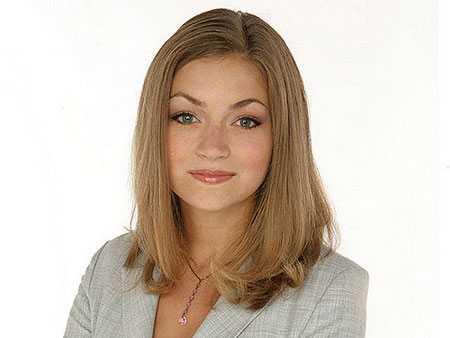