Home Article How Much Is Whitney Cummings' Net Worth? Know More About Her Income and Salary

How Much Is Whitney Cummings' Net Worth? Know More About Her Income and Salary 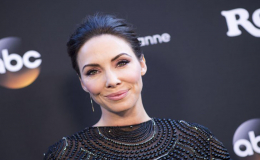 Widely famous as the actress of the sketch comedy television series The Tony Rock Project, Whitney Cummings is also an accomplished comedian and writer. Not only that but the lady also has smooth creativity beholding in her hand as an author, which helped her garner millions of worth.

Co-creator of 2 Broke Girls, Whitney Cummings overall net-worth, is reported to be $15 million. Let's find out in detail about her net worth, including income and salary.

Whitney Cummings made a name in the Stand-up Comedy

Whitney Cummings, a native of Washington D.C., moved to Los Angeles in 2004 to make a name in the entertainment industry. Though she was a graduate of a University of Pennsylvania with a degree in Communications, she was always interested in comedy and wanted it to give a chance.

It’s summer and you know what that means: a bunch of outtake pix like this in our phones because where we tried so hard to be cute for the gram but then had a shame spiral for being fake as hell. Where are you taking staged pix today everyone?

After moving to Los Angeles, she began performing stand -up at local bars and theatres. With time, her name spread and she got a chance to appear in various late-night shows such as The Tonight Show with Conan O'Brien, and Last Call with Carson Daly.

Whitney started gaining recognition through her shows and released her first one-hour special titled Whitney Cummings: Money Shot, in August 2010. She after that released two more specials in the coming years and her fourth special Can I Touch It? Premiered on July 30, 2019, on Netflix.

Don’t be jealous you didn’t think of it! My new special CAN I TOUCH IT? is now streaming on @netflix ! #canitouchit @netflixisajoke @whitneysrobot for everyone asking @robzangardi is the brain behind my denim tuxedo.

The comedians, in general, make $22.71 per hour and can make roughly $30,000 or more annually. Furthermore, her current special is at Netflix, which is known to pay more than average to its comedian. It has paid insane amounts to its comedians in the past.  For example, Seinfield creator Jerry Seinfeld was paid $100 million for his hit series, Comedians In Cars Getting Coffee, and a stand-up special. So, it is safe to assume that she must have earned a six-figure salary from her Netflix special.

Whitney is a trained actress and has shown acting skills in various movies and television series. She first appeared in a thriller named EMR in 2004.

Whitney, Since then has worked in movies such as Made of Honor, The Wedding Ringer and television series Undateable and  The Tony Rock Project. On average, an actor in the USA earns $19.2 thousand- $ 171 thousand per year.

Whitney though did not gain the deserve success in acting; however, she made a name for herself when she created the show 2 broke Girls along with Sex and the City creator Michael Patrick King. The show became a fan favorite and ran for six seasons. It is reported that she earned $45 million as a producer of the show.

Her other creation was sitcom Whitney, which did not get the same love as 2 broke girls. It ended after two seasons. She was also one of the head writers, an executive producer,  of the 2018 revival of the comedy series Roseanne.

Whitney is also an Author

Whitney has shown her writing prowess not only in television works but also through books as well. She first released an audiobook named Emotional Ninja in 2013 that is available on Amazon for $12.99 in the form of CDs.

Whitney is Making good use of her Riches

In May 2019, she bought a gorgeous gated estate in Woodland Hills, California worth $4.3 million. The house is located in 6,830 sq feet of land and consists of 5 bedrooms and 7 bathrooms.  She previously lived in a studio city home that was worth $1.5 million in 2011. 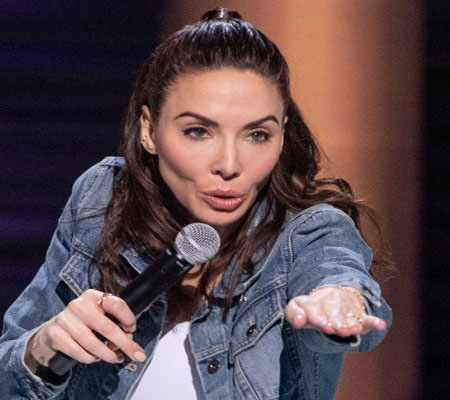