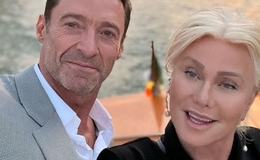 Hugh Jackman and Deborra-Lee Furness have been married for over two decades: The pair are doting parents to two kids! Complete story here!

Best known for his breakthrough role as James "Jimmy" Howlett, aka the wolverine in the X-Men film series, Hugh Jackman is a Tony-winning actor. Jackman's fan-favorite role as the scowling mutant continues to dominate the actor's career, despite starring in a number of critically acclaimed films, including his Oscar-nominated Les Misérables, Kate & Leopold, The Greatest Showman, The Boy from Oz, and The Prestige. Jackman's host of accolades also includes a Grammy, Golden Globe, and an Emmy.

Hugh Michael Jackman was born on October 12, 1968, in Sydney, New South Wales. Jackman landed his first acting role, albeit a small one, in the Australian television series Correlli, which proved to be momentous in Hugh's life to come. Known and loved by a legion for his incredible musical talents and his impactful role as the wolverine, Jackman's close-circle description of the Tony winner couldn't be further away from the actor's widely-perceived persona. Jackman's close associates know him as the humble and loving family guy, for whom family always comes before career.

Hugh Jackman and Deborra-Lee Furness's enduring relationship reinstates our belief in true love. Hands down one of the most successful relationships in Hollywood, Hugh, and Deborra's romance ensued with the series Correlli, where Furness played the series' starlet Louisa Correlli, and Jackman appeared in a minor role. The X-Men star recalls feeling an instant attraction to the actress and thinking, "I knew two weeks into meeting Deb that we were going to be together for the rest of our lives." 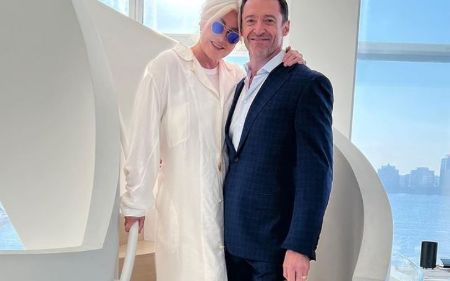 Despite feeling the ineffable hunch of his lifelong companionship with Deborra, Jackman knew she was out of his league. The actor kept his feeling hidden until he couldn't anymore. "I invited 20 people [over for dinner]. She came over, and I said, 'Deb, give me a hand with the dessert," Hugh shares while recalling his moment of confession. As the X-Men star proceeded to reveal his crush to Furness, Jackman was swept off with disbelief when Deborra reciprocated his confession. "I never in a million years thought she reciprocated," the Kate & Leopold actor explains.

Furness, who is 13 years older than Jackman, stepped into a relationship with the rookie actor timidly. The actress had doubts about their romance, but the X-Men actor's firm confidence in their chemistry wiped her fear. The twosome was only in the four-month of their dating bliss when The Boy from Oz star proposed to Deborra in the sweetest way. Jackman knew nothing about jewelry and diamond but still had the ring designed himself. 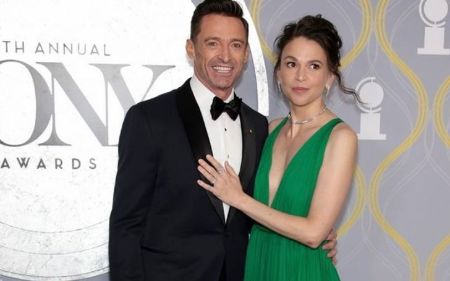 Deborra is 13 years older than the X-Men star. SOURCE: Instagram

Following their swift engagement, the couple wasted no time and tied the knot after a few months of their engagement on April 11, 1996. But a happy ending was a far-fetch dream for the newly married. Jackman and Furness faced many bumps, including offensive rumors about their marriage, but none have plagued the pair's love for each other. For instance, the spouses struggled to conceive a child because of Deborra's fertility issues. The actress experienced two miscarriages before the couple resorted to adoption. 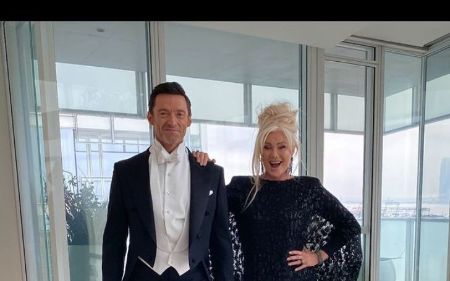 The Australian couple tied the knot in April 1996. SOURCE: Instagram

Another factor that has long disturbed Hugh and his wife is speculation about Jackman's sexuality. Whether it's Hugh's incredible musical talents or whatever, the X-Men actor continues to face questions about his sexuality. Rumor has it that the Tony winner is a closeted gay and intends to stay in the closet forever. The married duo has, time and again, clapped back at the ridiculous accusation. "I'm like, How could people make this up? It amazes me that these magazines continue to get away with it," says Deborra as she addresses rumors about their marriage being a show for the 100th time.

Get to Know Hugh Jackman's Wife and their Children!

There was a time when Hugh's wife was a better-known star than him. But since the same is not the case today, here's little something about Deborra. Born in Annandale, New South Wales, Furness is an actress and producer. She studied acting at the prestige American Academy of Dramatic Arts in New York and dabbled in theatre before landing her breakthrough in the Australian drama film Shame. 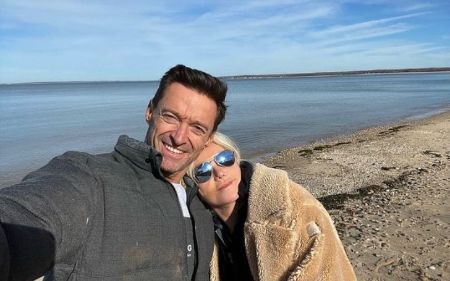 Furness has since built a stellar resume, starring in a myriad of television shows and films. Her most notable credits are the mini-series Stark, Angel Baby, Fire, Correlli, Evil Angels, Waiting, and Blessed. After having no luck in welcoming a biological child, the couple adopted their first kid, Oscar Maximilian Jackman, 22, in 2000. Deborra and Jackman are extremely cautious about their children and have constantly strived to keep them humble and away from the limelight.

The Emmy-winning actor and his wife's decision to adopt wasn't just motivated by their wish to become parents. Jackman explains, "Our motivation behind adopting was, 'Where is the need?' And we just knew from talking with people in that space, when we were looking around, that the biggest need is in mixed-race kids." The couple's son is part Bosnian. The pair got another kid, Ava Eliot Jackman, 17, who is of Mexican lineage, in 2005.

Hugh Jackman is a proud father of two kids from mixed backgrounds!

"My kids are constantly reminded about how lucky we are in our family. We're ridiculously blessed," says the Les Misérables star. The couple rarely share pictures of their kids but don't mind gushing about them once in a while. "It's a different dynamic having a girl, but both are wonderful, and I'm so blessed to have a beautiful boy and girl," Jackman says.