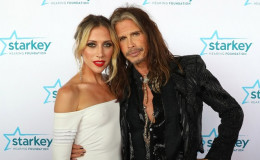 Aerosmith frontman Steven Tyler spotted smooching his girlfriend, Aimee Preston, 29 in LA. The pair made their relationship official in 2016 and spotted taking a stroll together.

The singer mogul Steven Tyler is heating up the romance with young girlfriend Aimee Preston! The adorable couple was caught kissing while shopping together at Erewhon organic food store in Los Angeles.

Aimee wore a comfortable sweater, gold pearl necklace with their hair made in a bun while Steven looked dashing as always with his brown hair, laid down hair with few loose braids and feathers clipped. 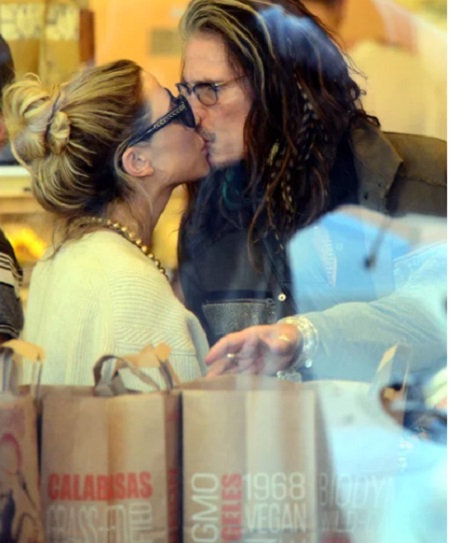 The pair then went inside their car, looking comfortable while his girlfriend Aimee Preston drove around in their white Rolls Royce around the town. Preston served as Tyler's personal assistant for almost a year and later they started dating. 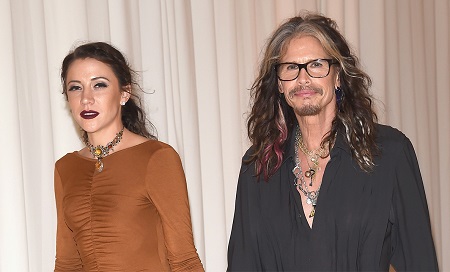 The couple made their first official appearance together in February 2016 attending Oscar party for Elton John's AIDS Foundation.

The news comes with Steven's visit to Nashville and Atlanta where he was on the road trip to attend the opening of 30 resident women's shelter and named the charity after his hit Aerosmith tune, Janie's Got a Gun. He was also awarded Nashville Symphony Award at the 33rd Annual Nashville Symphony Ball.

Prior Aimee, Steven was married to second wife, Teresa Barrick for eighteen long years until the year 2006, when they got divorced. Before that, he was married to Cyrinda Foxe between the years 1978 to 1987.

The singer had a controversial relationship with young actress Julia Holcomb as they were in a live-in relationship when Julia was just 16. The duo dated for three years and eventually split. The singer has four children from his past relationship and now it seems like the singer is ready to settle down again!