Home Article I Want Candy Singer, Aaron Carter checks back into Rehab. Know about his struggles and relationships.

I Want Candy Singer, Aaron Carter checks back into Rehab. Know about his struggles and relationships. 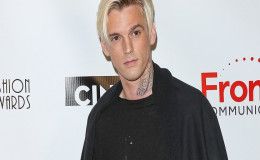 I Want A Candy Singer, Aaron Carter is back to the rehab after a month break from there for his personal and legal issues.

American singer, Aaron Carter who is today one of the famous pop and hip-hop singers in the country has faced many troubles in his personal life. From having arrested a couple of times for marijuana consumption to coming out as bisexual, Aaron has always been in the headlines.

And this time too, I Want A Candy Singer, after admitting his health problems, has checked back in Rehab after a month long break.

To know more about the singer, stay on our page.

Aaron Carter checks back into Rehab: Know more about his Struggles

The 29-year-old singer who spent most of his recent years touring in Wonderful World Tour, doing concerts and shows is unfortunately not well as he went back into Rehab to get better. He was getting treated at a California rehab center a month earlier and now he's checked back into a facility to complete his program.

He was having problems right from his childhood. He had shown the world the darker side of his family which he revealed via Twitter by writing,

‘’ Everything I i say gets so twisted and judged by many people all the time, it’s outlandish. love is everything i stand for as well as…’expressing myself and being as open as i can with myself, i get judged on a daily and that’s OK this is my life and my feelings''

''There's no reason for people to accuse me of having ‘mental breakdowns’ because i express myself & yea sometimes people piss me off. Expressing yourself is a great thing to do, for ME, it allows me to vent and be myself, with my music too as well as everything i stand for''

During the same month, within the 24 hours, police visited him for 3 times for his welfare after a call by an anonymous caller claiming that he was about to buy a gun and was claiming he had been giving some suicide threats as well.

Later on, the situation was under the control and everything was fine after the investigation by the police.

In addition, in July 2017, he was arrested in accusation of driving with the influences of marijuana possession and was also arrested in the case of marijuana in 2008. Due to all such issues, he was sent to rehab for a month to treat for his addiction.

After checking into rehab, he had tweeted positive thoughts stating, "Only I Can Change my life".

Only I can change my life. No one can do it for me.

We all have the abity to heal ourselves.

After which he showed to the world about his drastic positive change in his physique and health where he put on 30 pounds of weight. He also mentioned that he was back to rehab only for his health and well being. 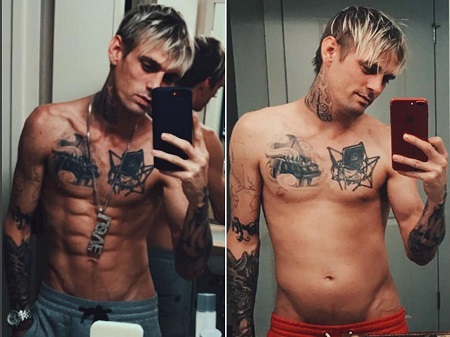 Today he is more focused on changing himself to make him better in terms of all the factors.

Break up with Madison Parker

Aaron and Madison Parker, a freelance photographer started their relationship in late 2016 which they announced through Instagram and later confirmed to the media too.

The pair was pretty serious about their relationship and were also making their career strong by supporting each other in every aspect. She has been one of his inspirations to build his career. 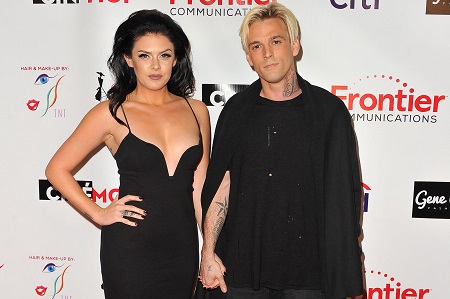 Madison and Aaron in an event, Source: People

Moreover, the couple was also rumored to be engaged but it was just a hoax. In addition, both of them were also arrested in the case of marijuana and were bailed for $4360. 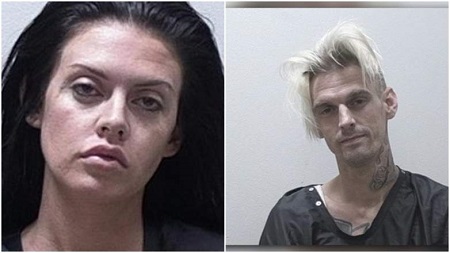 Madison and Aaron in a picture, Source: Heavy.com

Later on, the couple broke up after the shocking revelation of his sexuality in the public being a bisexual by writing,

‘’ When I was around 13 years old I started to find boys and girls attractive. There were years that went by that I thought about, but it wasn’t until I was 17 years old, after a few relationships with girls, I had an experience with a male that I had an attraction to who I also worked with and grew up with. To me, music has always been my temple. Music will ALWAYS be what transcends us and myself. The studio has always been my safe haven. But the ultimate goal for me is to be satisfied.’’

The singer has never been with men but has dated several women, including Hilary Duff, Lindsay Lohan and Playboy model Kari Ann Peniche.

Aaron was in multiple relationships in his past, among them Hilary Duff is one of his first relationship which came to spotlight. The couple began to date each other when they were in their teen in 2001.

Unfortunately, they could not take their on-off relationship for long period of time so broke up certain years after their link up in 2003. 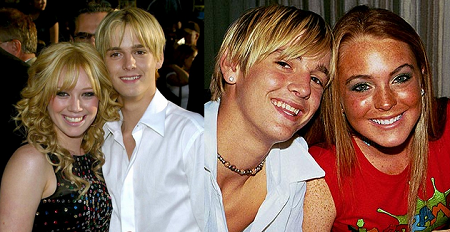 Aaron and Hilary in a picture, Source: SHEmazing!

Moreover, he was also dating a professional dancer, Lee Karis. During their lifetime, they were even engaged in 2006. 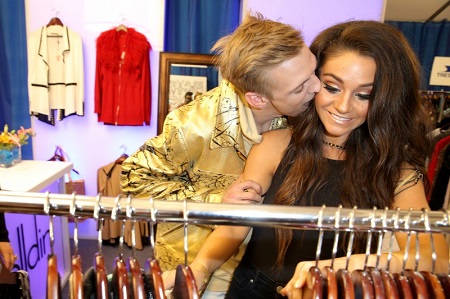 Lee and Arron in a picture, Source: Mrs. Kathy King

This time also the same story repeated as the couple also got separated and started living a happy life with their respective partners. 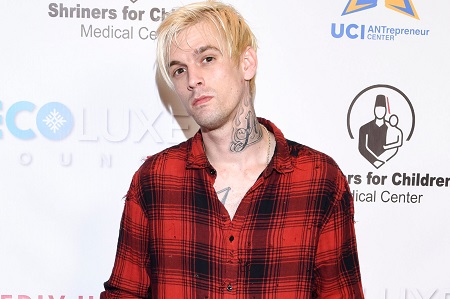