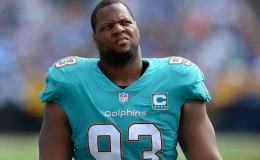 Ndamukong Suh is still a single guy. He has no girlfriend and not dating anyone. He is fully dedicated towards his professional career.

For some, family life and relationships always come on top. American football defensive tackle Ndamukong Suh has always been there for his family members mostly for his lovely mother.

Being one of the popular footballers in the United States, his dating life has always been a concern for many. Everyone wanna know whether Sun is dating someone or secretly married. Let's get every detail in today's session.

Is Ndamukong Suh Dating Someone Secretly? What About His Family Life?

Personal life of a famous footballer can be an interesting topic to discuss for most. The American football defensive tackle for the Los Angeles Rams of the NFL Ndamukong Suh has kept his personal life far from the public eye.

He is active on social media like Instagram but he has managed to keep his dating life a secret. He participated in Fox's dating game show The Choice in 2012. Well, that was truly his professional matter that had nothing to do with his personal life. 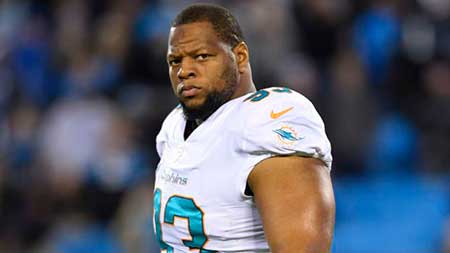 As everyone knows he's still a bachelor, many of his female fans are desperate to know details on his private affairs and be the part of it.

Apart from his love life, his family life is quite clear. He posted an Instagram image with his mother on 14th May 2018 wishing her a very 'Happy Mother's Day'.

Happy Mother’s Day to this incredible woman! Words cannot describe how much she means to me and has helped to shape me into the man that I am today. I love you mom!

Here are the same emotion and love he showed for his mother exactly one year earlier on the Mother's Day itself.

Mushy mustache kisses for you today and everyday! #happymothersday ??????

Not only with his mother, he has a beautiful relationship with his sisters. His elder sister Odette Lennon Ngum Suh also played soccer at Mississippi State University. Currently, she is a midfielder on the Cameroon women's national football team.

She was the first women soccer player being inducted into the Grant HS Hall of Fame in September 2015 and see how he congratulated her via Instagram.

Congrats to my Big Sis @ngumsuh for being the first women’s ?? soccer player inducted into the Grant HS Hall of Fame! Thank you for always being my motivation and inspiration ?? #foe #suhsquad

Now, it is no more a mystery that he's an open guy who's love and family life is never hidden from the fans.

Well, he's still a single guy so it might be your turn ladies!

Ndamukong Suh started playing football when he was studying at Grant High School. He became the Heisman Trophy finalist while playing college football at Nebraska.

He is NFL defensive tackle who was drafted second overall by the Detroit Lions in 2010. He signed a six years deal of $114 million with the Miami Dolphins with $60 million fully guaranteed which was the highest contract ever for a defensive player.

Giving a nod to the past while focusing on the future – bringing back #93 from my college days to the @MiamiDolphins. #SUHSQUAD #Huskers

He has been widely criticized for his aggressive style of playing and was fined eight times with a total of $225,375 by the NFL through 2014.

In 2015, he was declared as the 24th best defensive tackles in the NFL and the sixth highest ranked defensive player. He has received many awards and honors till date.

Besides his amazing professional career, he's also involved in some charity works. Suh donated $2.6 million to the University of Nebraska at the annual Husker Spring Game in April 2010. Furthermore, he donated $250,000 to Grant High School in 2013 being an ex-student.

He is also associated with several brands like Nike, Subway, Omaha Steaks, and Chrysler. 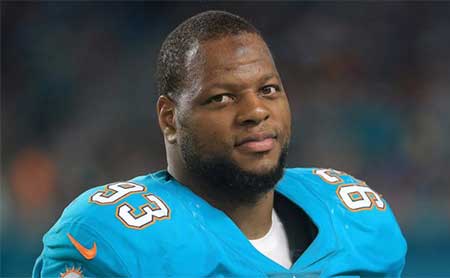