Home Article Is Actor Colin Jost Married? Know about his Girlfriend and Relation.

Is Actor Colin Jost Married? Know about his Girlfriend and Relation. 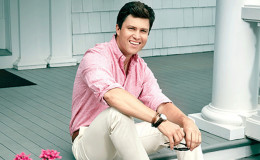 An American most versatile actor, comedian, and screenwriter Colin Jost are best known for his work on 'Saturday Night Live', where he assists as a writer. Like his profession, he is much happier with his personal life.

The 34-years-old actor won the heart of millions with his great sense of humor. These days Jost is in a relationship with Rashida Jones, Many of his fans are eager to know about the pair. Let’s find out about their relationship in detail.

Colin Jost is currently dating Parks and Recreation actress Rashida Jones. The couple is dating since 2013. The ‘Weekend update’ actor first met Jones in Seth Meyer’s wedding in Martha’s Vineyard and became friends. Later, their friendship turned into a relationship.

The pair has been seen together in various public places. Recently, they announced that they are planning to get married. Though they have not revealed the exact date soon we’ll hear about their wedding.

According to the report, the actress stated that she is reportedly a big fan of Colin’s sense of humor. She likes that he is funny and interesting.

It is likely that the pair is going to spend the rest of their life together. With this togetherness of 3 years, the couple’s bonding and the relationship have grown even stronger.

Also, read; Know about Elliot Knight girlfriend; Is he Dating someone? See his Relationships and Affairs

Prior to Jost, Rashida Jones has been linked with various other celebrities. In 2003, the actress was formerly engaged to high-profile music producer Mark Ronson. Unfortunately, the pair calls it to quit after one year. The reason behind their separation is still mysterious.

Since then, she is in a relationship with various celebrities of Hollywood including Tobey Maguire. In 2012, she was even rumored to be dating Rapper and songwriter Drake. After she met Jost, it seems she settles down and is going to live forever with him.

Colin Jost was born in Staten Island, New York. He began his career as a writer in 2005, when ‘Saturday Night Live’ hired him. Later he became the writing supervisor from 2009-2012 and became co-head writer till 2015.

In 2014, he was offered to perform as co-anchor of ‘Weekend Update’. As a standup comedian, he appeared on Late Night with Jimmy Fallon on TBS and HBO channel.

Discover; Stephen Colletti; is the Actor Dating someone? Find out about his Girlfriend and Personal Affairs

In 2016, he had a minor role in romantic comedy movie How to be single. He is nominated for five Emmy awards, unfortunately, didn’t win any of them. He won Writers Guild awards three times.