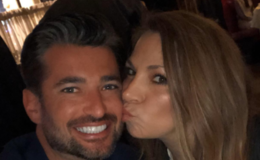 Wes Brown is a producer and actor from the United States. He is best recognized for his roles in the films We Are Marshall, Glory Road, and True Blood.

Wes Brown is a producer and actor from the United States. He is best known for his roles in the films We Are Marshall, Glory Road, and True Blood.

In this article, learn all about Brown's personal life.

Yes, Wes Brown is still married. He is married to his wife, Amanda Moye Brown. She is a well-known American celebrity personality who rose to prominence following her marriage to Wes Brown. Amanda previously coordinated Disney Junior for the Disney ABC Television Group. She works for Disney Television Animation. 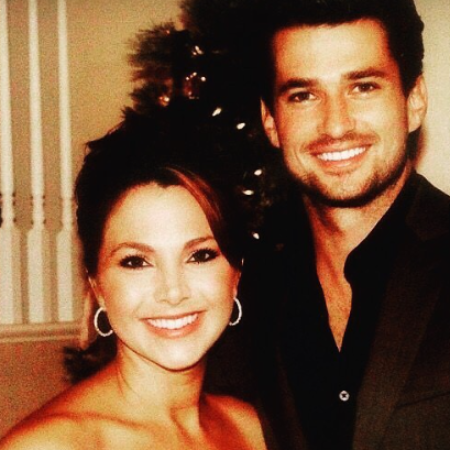 Moye Brown has made a name for herself in the entertainment industry. However, she usually works behind the scenes. Amanda began working as a management representative for Wright Entertainment Group in 1999 and honed her skills until 2001.

The following year, Amanda was hired as a foundation and special events coordinator at NSYNC's Challange For The Children. Brown left in 2003. She spent the next year as an associate studio manager at Glen Ballard Aerowave.

Amanda worked as a production executive for Lance Bass Productions from 2004 to 2006. Her big break came in 2006 when she started working at Disney ABC Television Group.

Brown began as an executive assistant before being promoted to senior vice president at ABC TV. Amanda also worked as a Disney Junior co-ordinator for a few years before leaving the company after five years in 2011. Amanda currently works for Disney Television Animation, according to her LinkedIn profile.

Wes Brown first met Amanda Moye Brown, his future wife, in California. They have been dating since the early 2000s. They also attended the premiere of We Are Marshall, which was held at the Grauman's Chinese Theatre in Hollywood, California, in late 2006. 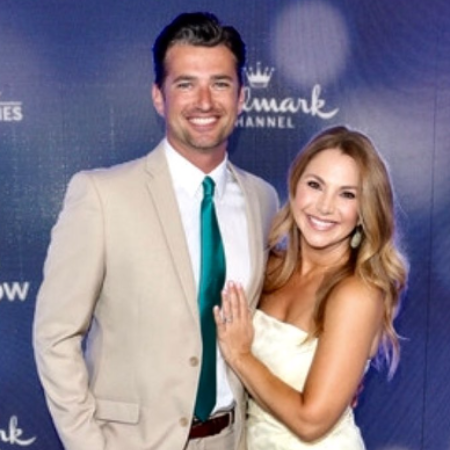 As per Married Biogrphy, Moye Brown married her husband Brown on May 2, 2008. The lovely wedding ceremony took place in Baton Rouge, Louisiana. The bride chose a white gown, while the groom opted for a long black coat. They both looked stunning in their wedding gowns.

The pair invited many of their friends and family to the wedding. Amanda carried a white flower bouquet as she walked down the aisle with her husband.

Since then, Wes has shared several anniversary photos of the couple on Instagram. On May 2, 2018, he celebrated their tenth wedding anniversary by posting numerous photos from their wedding day on Instagram with a heartfelt caption. He stated,

"We had a party ten years ago after our wedding." Then came a child, a dog, a house (lots of mortgage payments), a few moves, lots of friends, thousands of miles traveled, thousands of laughs......and no arguments (ok, that's a lie)......but this has been an amazing decade and I'm looking forward to many more. @abrown5208, I'm with you." Wes ended the post with the hashtags "#happyanniversary #tenyears."

Their relationship has been going on for over a decade, and they still have a pretty wonderful marital life with no conflict.

Amanda Moye Brown and Wes Brown welcomed their daughter Merribeth Brown on September 17, 2009. They both have a strong bond with their daughter. The proud father always wishes his daughter a happy birthday on Instagram. 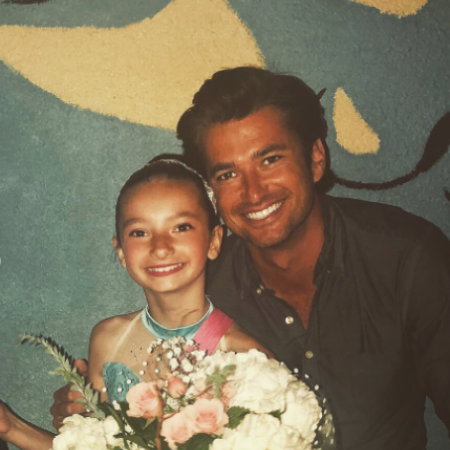 Similarly, on Merribeth's 9th birthday on September 17, 2018, Brown shared some adorable photos with her. In October 2018, the adoring father and daughter went to Universal Studios Hollywood to see Hallmark's Home & Family. They also went to a football game at Tiger Stadium in November 2017.

In Baton Rouge, Louisiana, Wes Brown grew up after being born in Fort Worth, Texas. He was a student at Louisiana State University. Brown stars as Luke McDonald in HBO's True Blood season two. 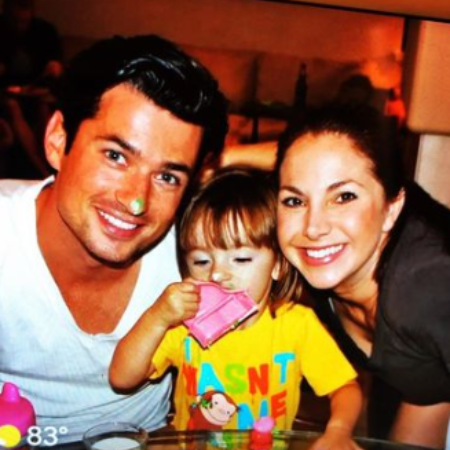 In Baton Rouge, Louisiana, Wes Brown grew up after being born in Fort Worth, Texas. SOURCE: Instagram

Brown is also well-known for his appearances as Judson Lyons in Hart of Dixie and Ryan Kerrigan in Private Practice. Brown has featured in nine Hallmark Channel movies, including Love's Everlasting Courage and Love Begins in 2011, Christmas Cookies in 2016, and Christmas at Graceland in 2018, Graceland Wedding in 2019.

Wes also appeared on CSI: Miami, Criminal Minds, NCIS, Scandal, and Desperate Housewives, among other shows. He was cast as Julian Bowers on the NBC primetime show Deception in 2012. He also appeared as Taylor in The CW's 90210's fifth season. Brown appeared as Gaston in Once Upon a Time in 2016.