Is Beyonce’s Sister, Solange Knowles dating secret boyfriend after divorcing her husband? See her past affairs 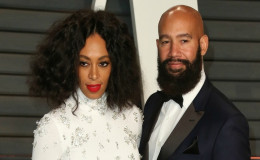 Solange Knowles, an American singer plus the younger sister of Beyonce is married to her music video director husband, Alan Ferguson after her failed teen marriage.

Like Beyonce, her little sister, Solange Knowles is also an American singer who started her career right from the very early age. As she is not so popular as her sibling, she , however, is able to grab the millions of fans. As of now, she is happy with the love of her life, Alan Ferguson who is an American music video director after their marriage which was the grand wedding of the year with high profile guests

However, she has gone through a painful past relationship to be in such a happy situation. She faced a huge tragedy in her past. So, if you want to know about her past affairs and present relationships, stay on our page.

Solange, an American singer was dating privately her present husband, Alan Ferguson who is an American music video director for a long time and eventually got engaged. However, they kept their relationship secret from the media and the audiences. They might want to avoid any type of controversies and rumors.

Several months after their engagement, the couple got married on 16th November 2014 in such a grand wedding at the Holy Trinity Chruch in the Bywater area of New Orleans. The bride and groom along with their family were looking stunning at the wedding ceremony. Alan was the second husband of her after the failure of her past relationship.

Can we say amazing? This is what happens when you allow your natural creative juices to flow... #solange #beauty #naturalhair #beyonce #music #style #weddings

Ever since they are together and they love to travel many places to celebrate their anniversary as well. Despite the huge age difference the couple is living happily, however, has no children yet.

The couple seems happy with each other and keeps on hanging out on various vacations and holidays as well.

The pair is enjoying each other's company, free from any types of controversies and rumors as well. There is no such news till about their divorce and extra marital affairs. Hope to see them together in the future as well and hope to have some good news about their young ones.

Solange past marriage with Daniel Smith

Daniel Smith, a rapper, and DJ was married to his long time college sweetheart, Solange in February 2004. The ex-couple were at their teens as the bride was just 16 and groom, 19 when they tied their knot after dating for almost seven years.

Their early marriage might be the main reason behind their divorce so, their relationship did not last long and the pair got divorced after three years of marriage. 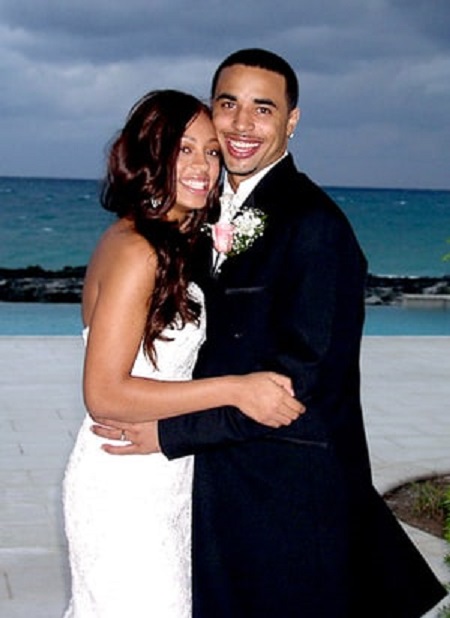 Solange and Daniel in their wedding, Source: Us Weekly

She stated after their divorce, '' Just going through a marriage and a divorce-which I essentially did by 21-will give you an insane amount of perspective on life.''

The statement proves that she feels regret about her marriage which she did at the very early age rather focusing on her career.

The ex-couple has a child together

Only nine months after their marriage, the couple welcomed their first child named, Daniel Julez Judo Smith Jr. on 18th October 2004. Solange expressed that she regretted to be a mother at the very small age. She stated that her son was ''the greatest unplanned blessing'' in her life.

After their divorce, they mutually raised their child. Despite their failed relationship, they sometimes come together only for the sake of their son. They did not compromise on raising their child and is providing hiim a lavish life. 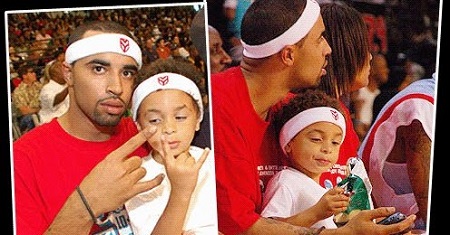 Not just the ex-couple but also Alan is close to Solange's son, who even participated in their wedding as well. 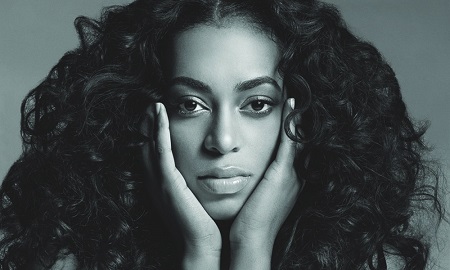