Home Article Italian tycoon and an entrepreneur, Gianluca Vacchi Enjoying His SingleHood In His Bachelor Pad! Details Of His Affairs and Relationships

Italian tycoon and an entrepreneur, Gianluca Vacchi Enjoying His SingleHood In His Bachelor Pad! Details Of His Affairs and Relationships 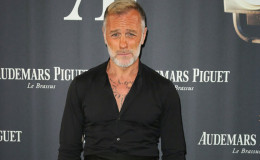 Italian tycoon and an entrepreneur, Gianluca Vacchi is said to be one of the richest entrepreneurs with his dashing look and style, living a lavish lifestyle that everyone would wanna live. He had a loving relationship with Giorgia Gabrielle. Has he been dating someone after the break between him and his ex-wife Giorgia Gabrielle? Let's see what we know about this tycoon so far.

Italian tycoon and an entrepreneur, Gianluca Vacchi is said to be one of the richest entrepreneurs in the industry and let's not forget to mention his dashing look and style and a lavish lifestyle that everyone would wanna live!

Vacchi who was once in a serious relationship with Giorgia Gabrielle has recently remained out from the public eye but fans are curious to know whether he has been dating someone after the break between him and his ex-fiance  Giorgia Gabrielle? Let's see what we know about this tycoon so far.

The 50-year-old Gianluca Vacchi is an Italian businessman, author, and an online personality always manage to stay in the spotlight, whether it's because of his lavish lifestyle or controversial relationships. He is an entrepreneur, a business tycoon, and a DJ as well. 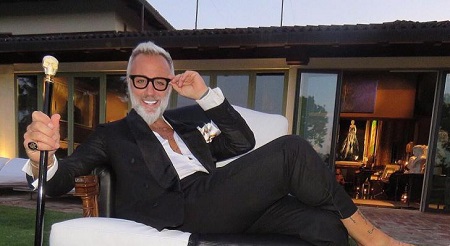 According to some sources he is currently single and has not been seen with any mysterious girlfriend after the tragic split. He stated Business Insider that he now has his sights set on acting. He said,

"Why not? It would be very interesting in this second part of my life as a celebrity, DJ, producer, designer, why not even acting?. I'm already doing commercials now where I'm acting, I know that a movie is different but it's not so difficult when you're comfortable in front of the camera." 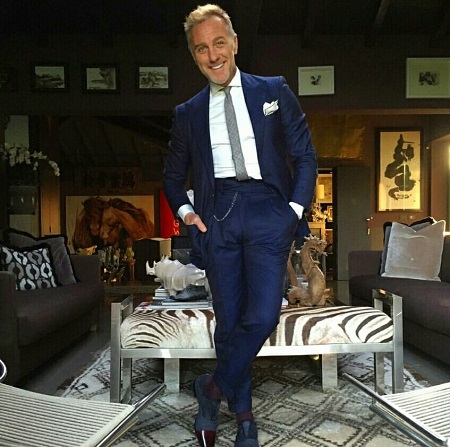 Gianluca is a business minded person as he is connected to 2 Board Members in 2 organizations across 4 different industries.

Gianluca Vacchi, who is also termed as "Grandpa Playboy" due to his countless flings and affairs has quite a history of past relationships.

The playboy was seen with Miss Columbian, Ariadna Gutierrez on a beach in back in 2014. At the time she refused to confess her relation with Gianluca but after they had a tragic breakup she said she is at peace with the decision of this breakup. 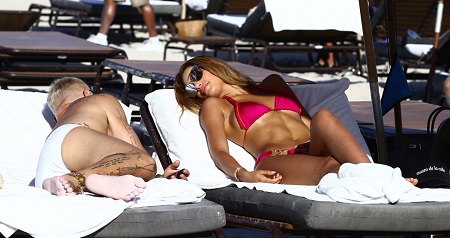 Before that he used to date Giorgia Gabrielle in 2013 who is a fashion designer and a model. They met in 2010 but were friends for 3 years. At the time Gabrielle was dating an Italian footballer Christian Vieri. The latter broke up and then Gabrielle had three exciting years of relationship with Gianluca Vachhi. But eventually, the pair broke up. 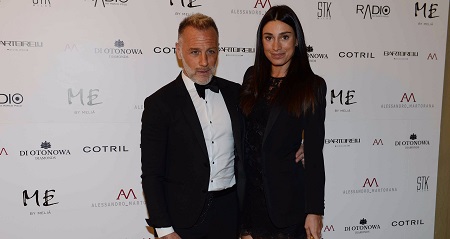 Gianluca Vacchi and Giorgia Gabrielle together on the red carpet together
Source: eCelebrityFacts

The ex-couple were famous for making a video with Gianluca Vacchi while dancing together which had about 10 million views on his social media. By that time Gianluca had just about a million followers on his Instagram but that viral dance video made him a sensation.

The tycoon was also in a serious relationship with his ex-fiance, Melissa Satta who is an Italian Television Presenter. 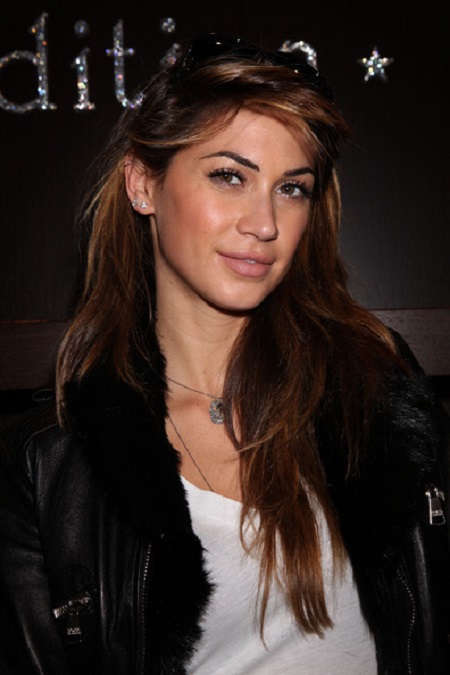 Melissa Satta and Gianluca Vacchi broke up after they were engaged

They dated in 2011 and got engaged but eventually broke up because of their personal problems. 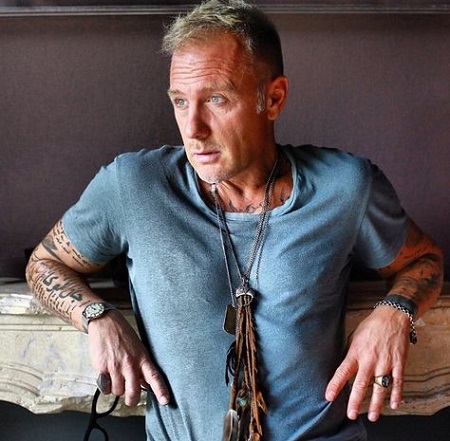