Home Article Is 'Her Stroy' star Jen Richards Married or Dating someone? See the Personal Affairs of the Transgender Actress

Is 'Her Stroy' star Jen Richards Married or Dating someone? See the Personal Affairs of the Transgender Actress 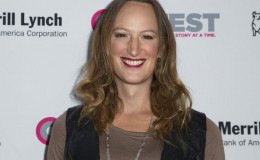 'Her Stroy' star Jen Richards is not Married or Dating someone, still single and busy with her career.

Jen Richards is one of the inspirational transgender actress and writer, famous for her 2016's Emmy-nominated web series, Her Story.

She's a not just an ordinary transgender, but a leading and popular one, who's been raising awareness all over the world about LGBT rights and their equality. The Co-founder and Director of

The Co-founder and Director of The Trans 100( an organization supporting the transgender communities), is grabbing success with every step and gaining media spotlight.

The bold and beautiful Jen is pretty exclusive about her private life and now we want to know if she's dating someone or still single. So, without further ado, let's find out all the details about her. Scroll down!

Her Story actress Jen Richards is still single, but her Instagram tells a different story

Jen who also appeared in one of the episodes of the popular transgender reality star, Caitlyn Jenner's show, I Am Cait is still single. She's not made any announcements about her dating anyone or getting engaged to her mysterious boyfriend. 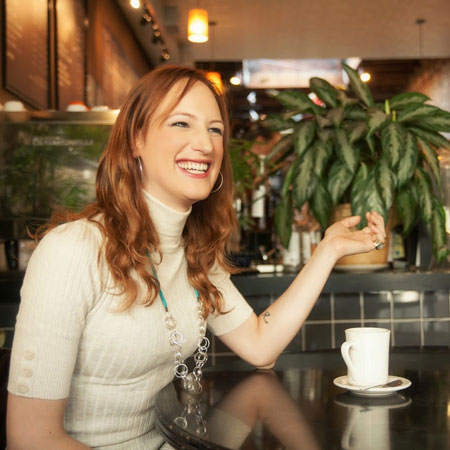 The Co-producer of the upcoming documentary/series entitled More Than T, Jen Richards is super busy in her career and it seems she's not interested in dating anyone right now.

In an interview with LA Times, the 37-year-old actress talked about her character in the series Her Story explaining why it was necessary to show the experiences a transgender women faces while dating or having a relationship. She stated,

"I hadn’t seen any of this reflected, but it was my lived reality. Crafting the script was more about fidelity to the truth of Angelica and my experience and wanting to keep it as authentic as possible."

The series stars Jen Richards herself and transgender actress Angelica Ross, written by Jen and Laura Zak and directed by Sydney Freeland.

Jen Richards and Laura Zak, writer and producer of Her Story, Source: YouTube

Coming back to Jen's personal life, recently she posted a picture of her kissing someone in Instagram. It didn't look like a friendly kiss and both had their lips locked.

With my island boyfriend* @jeffreybchapman at Waimea Falls. (*on loan from @andrewfitzsimons)

So, does this mean she's dating both of them? We guess not and they could be her friends. What do you think? Don't forget to leave us comments right below.