Home Article Does Isabel Durant have a boyfriend? Know about her Relationship and Affairs

Does Isabel Durant have a boyfriend? Know about her Relationship and Affairs 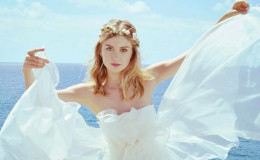 Isabel Durant is a happy going, actress as well as an superb dancer. She is rumored to be dating Thom Green. Let see how this speculation regarding Isabel holds true.

Isabel Durant is an Australian actress and dancer. She is famous for her role in Australian Youth Series called Mako- Simply Mermaid. Isabel is always in the news, as media always wants to know about her current dating partner or boyfriend.

When one is so beautiful such as Isabel then they always face these kinds of rumors surrounding them. Currently, there is no news about Isabel being into a relationship with someone.

Let's find out everything about her in today's section!

Did Isabel had any previous affairs??

Being a beautiful and jolly girl like Isabel, everyone would want to know if this cute Australian has ever dated someone. She is a very good dancer and one might question whether this beauty has ever made someone go all out for her with her elegant dance moves.

Currently, there is no information regarding Isabel's previous dating history or if she had any previous relationship.

The next season of Mako Mermaids is hitting Netflix USA 27th May! ... Tune in for more magical fish chick adventures! #makomermaids #fishchicks #netflix

She regularly posts picture of her on social media account. There are a lot of men in her picture, but no one could say exactly if she is dating anyone of them.

There is a speculation regarding Isabel dating Thom Green. Isabel has uploaded several pictures of Thom and her enjoying the beaches in San Diego, United States or in Disneyland.

Minnie and Goofie back together woooop!!!!! #disneyland #happiestplaceonearth Space Mountain was ace

Although Isabel has denied all the speculation surrounding her and Thom, posting these types of pictures says otherwise.

Cheeky chumbus | Wategos is officially my favourite beach at the moment .... Never want to leaaaavvveeee!

This picture clearly depicts how the rumored couple is enjoying sunbathing on a beach in Australia. They seem to be so comfortable around each other and looking at the expression Isabel is making, it just says that she is enjoying her time with Thom. For recent news and updates, keep following our page!!