Is Journalist Lyse Doucet married? Also, know about her career and achievement 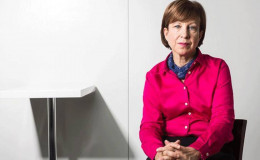 Lyse Doucet is currently serving as the who Chief International Correspondent at BBC and the Contributing Editor at occasions.

The most respected and honored woman, with her visionary, strong and hard working attitude has marked her name as one of the most famous and legendary television personalities and she is none other than Lyse Doucet.

From a brutal massacre report to the fate of ice-cream parlors of Damascus, the senior award winning international reporter for BBC Television as well as BBC world service radio, Lyse has lived an inspirational life.

Her professionalism and dedication to her work has inspired a lot of young journalists and now they want to know more about her personal life, whether this super-woman has any family, husband or children of her own. So, today we present you with all you need to know about the most diligent and talented woman.

It's quite startling to know that this warm and charismatic woman has never been married at all. Doucet, who has won the Sandford St Martin trustee's award for presenting the profile of religion, is still single and news in relation to her link ups or affairs with any man have never been heard.

Moreover, this strong and independent woman has always expressed a huge passion for her work. In one of the interviews by independent.co.uk she quoted:

"People choose their own lives," Doucet says. "If [having a family] had been important, I would have gone in that direction. But I can honestly say I live a life without regret."

Doucet, with much emotion, stressed that her major goal in  life was to report all the happenings around the world and also to inspire people to get out of their living room and explore the outer world.

She has been to many countries like Africa, Afghanistan, Syria, Pakistan, Iran, Columbia and much more.

Rituals in the ruins of #Karrada - a birthday cake for Khaled who died, from friends who survived. #Iraq pic.twitter.com/mB2PvZJUlK

Also, when she was asked if she would love any travel companion, a boyfriend perhaps, then she said she would love a close friend (not a boyfriend) who knows all about the culture, history and language of the place so that they could explore more.

This pretty much explains everything that Lyse has no plans of settling down anytime sooner.

Here is a video of Lyse's emotional reunion with the family she met in Syria while reporting on the picnic for refugees in Toronto.

Perhaps, having a husband and raising a family was never Lyse's dream and that's why she is single and probably would choose to remain the same for the rest of her life.

The outstanding journalists of this era, Lyse has traveled the world and has covered countless stories far and wide.

The Canada-born talented reporter first started her career as a freelancing reporter for Canadian media for five years in West Africa.

Later she served as the BBC correspondent in Islamabad, reporting from Afghanistan and Iran and in 1999, she joined the BBC's team of presenters.

Similarly, she has also traveled across the Middle East covering issues of  major disasters like Indian Ocean Tsunami in 2004, earthquake, September 11 attacks and so on.

Doucet has achieved huge success in her lifetime. She's won a Peabody and a David Bloom award in 2010 for her documentary on maternal mortality in Afghanistan.

Likewise, she also was appointed as Officer of the Order of the British Empire in 2014 for her countless services to British broadcast journalism.

Recently, she won the Sandford St. Martin trustees award for her lifetime dedication and commitment to journalism and her outstanding reports of the religious elements around the globe.

Thanks @PennyCrook & Matthew Townsend for all your help launching #bbc.com in #Canada pic.twitter.com/jsVcTH0g2T

She also tweeted about successfully launching bbc.com in Canada.