Home Article Is Michaela Conlin married? Know about her affairs.

Is Michaela Conlin married? Know about her affairs. 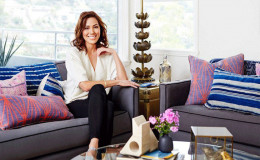 Michaela Conlin is an American actress, best known for her role as Angela Montenegro on the Fox crime procedural comedy-drama Bones.

We all know the gorgeous Angela Montenegro of the Fox hit crime/comedy-drama Bones, portrayed by popular American actress Michaela Conlin. Her character as a nerdy trained forensic reconstructor surely makes us lost in the story but what about Angela when she is not a lab-geek?

Is Michaela the same in her real life as her character? or Is she romantically involved in real life with anyone? So, without wasting any time, let's find about all we need to know about the hot actress.

Is Actress Michaela Conlin Married or Dating Anyone?

According to Iceland Review, the former Iceland's professional footballer, Arnar Gunnlaugsson has been dating the famous Hollywood actress Michaela Conlin.

The story came to the media two years ago in January of 2014. The source further reported that the pair were spotted spending New Year together in Reykjavik, Iceland.

So, it seems like love is really in the air for this adorable couple. The pair, however, has not clarified any rumors regarding their affair and neither they have announced publicly about their relationship.

Well, we can assume that the duo really like maintaining a low profile and date secretly without any media attention.

Also, there has not been any news or rumors of them getting engaged or married anytime sooner. So, we guess the couple is taking it slow and enjoying dating each other and have not planned anything regarding marriage whatsoever.

How did the pair first met?

One of the sources of Iceland, Visir.is reported that the pair first met each other through mutual friends in Los Angeles.

The actress first came to visit the country during an autumn of 2012 when she got the chance to meet the handsome footballer of Iceland Arnar.

The popular Icelandic entrepreneur, Playboy model, Ásdís Rán Gunnarsdóttir told the sources that she has the honor of introducing the couple.

She said: “We have some common friends in LA and they have been going out for several weeks."

Who is Arnar Gunnlaugsson?

Arnar Gunnlaugson is a former professional football player of Iceland. He has been playing football since he was 18.

In his entire football career, he has played for clubs such as Leicester City, Stoke City, Bolton Wanderers, IA Akranes, Nürnberg, Feyenoord and Dundee United.

Arnar debuted for Iceland by playing a match against the United States in April 1993. He earned 32 caps and scored three goals between 1993 and 2003.

Here's a video of Michaela Conlin talking on The Queen Latifah show about her dancing skills.

All in all, the pair is doing pretty well in their relationship and we hope that the pair soon gets engaged and live happily together.