Is Pundit Kayleigh McEnany married? See her affair and relationship. 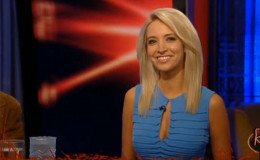 There is no doubt that McEnanay is quiet beautiful. Every day so many young viewers easily got attracted. However, you may be surprised to know that she is still unmarried. She is unmarried doesn’t mean that she is single. She has already found out a love of her life.

Today we are here to talk about the American conservative and political commentator Kayleigh McEnany. Nowadays, she is in the spotlight for being a trump supporter. She is more focused on her professional life than her personal life. Before we get into that, let’s briefly know about her.

She works as a conservative CNN Pundit and commentator. She was listed in top 50 sexiest conservatives of U.S. Apart from that she is a bit private when it comes to her personal life. So, today let us discuss her dating and family life.

There is no doubt that McEnanay is a quiet beautiful girl and so many young viewers are attracted to her. However, you may be surprised to know that she is still unmarried. She has not been married yet but that does not mean she is single. She has already found out a love of her life.

Currently, she has been dating her boyfriend Sean Gilmartin. The couple already got engaged and planning to tie the knot soon.

As we all know “There is only one happiness in this life, to love and to be loved”. Nothing matters when you are in Love with someone. Sean Loves her despite knowing that she possessed the gene of breast cancer inside her.

Kayleigh’s future husband is very much supportive and understandable of her getting an implant and states that her appearance doesn’t matter.

Though they are not married yet but this couple is already planning to have four children after marriage. She wishes to have a baby girl regardless of knowing that her children may also suffer from the breast cancer but she is brave and fearless.

They read you Cinderella you hoped it would come true That 1 day your Prince Charming would rescue u @GilmartinSean pic.twitter.com/IfRPWcn5bS

He made a debut on April 10 against braves but unfortunately his team lost 3-5. Later after two months, he got his first win against the same team. He is regarded as one of the best Pitcher in his team.

Kayleigh joined the 'Mike Huckabee Show' as a producer and worked for a more than three years. Later, she started as a co-host on CNN’s 'The Point' as a political panel-based show.

For a long time, she has been working as an editor-in-chief and founder of Political prospect. Frequently, she appears as a co-host on CNN.

Similarly, she has also been writing for several publications like ‘PJ Media’ and ‘The Daily and Daily Caller’. Most often she made a guest appearance on several shows including ‘Varney & co., Cavuto’, ‘Fox News’ Red Eye and so on.

Recently she became more popular being the trump supporter rather than her profession. A few days back, there was no surprise that people supporting Donald Trump’s receive a fair bit of criticism.

However, she remained as a big supporter of Trump’s politics. She was heavily criticized after she defended Trump’s comments.