Home Article Rebecca Haarlow, know about her Dating life and boyfriend and also see her Relationships and Career here

Rebecca Haarlow, know about her Dating life and boyfriend and also see her Relationships and Career here 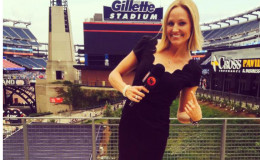 Is Rebecca Haarlow Dating or already Married? Focused on her career, not dating anyone. See her past Affairs, Relationships, and Career

Rebecca Haarlow, hands down one of the hottest sportscasters in the industry, is simply irresistible with her charismatic personality and outstanding reporting skills.

Most of you might recognize her only as the perky yet gorgeous reporter but she's more than just gleaming skin, as she's the lead sportscaster for NFL network as well was for Big Ten Network as a sideline reporter.

This Chicago born sports lover, however, remains under the radar when it comes to revealing about her personal life but good news! We'll reveal every detail about the brilliant reporter in today's section.

Rebecca Haarlow;Know about her Dating life and Boyfriend

NFL network sportscaster Rebecca is undoubtedly a complete package of the perfect woman and it would not be wrong to say that she's a long line of men throwing themselves at her. 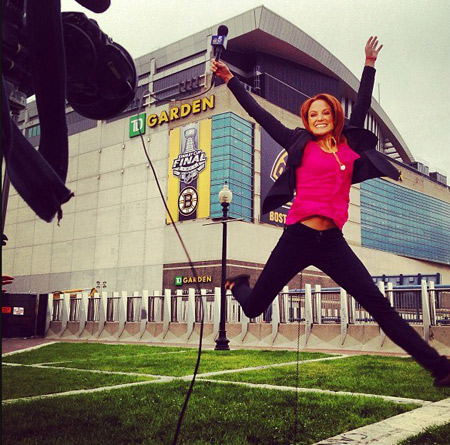 But the big question that strikes everyone's mind is who is Rebecca Haarlow dating and does she have a secret boyfriend? Her enthusiasm and exclusiveness on screens blow away our mind, but very little is known about her personal life. 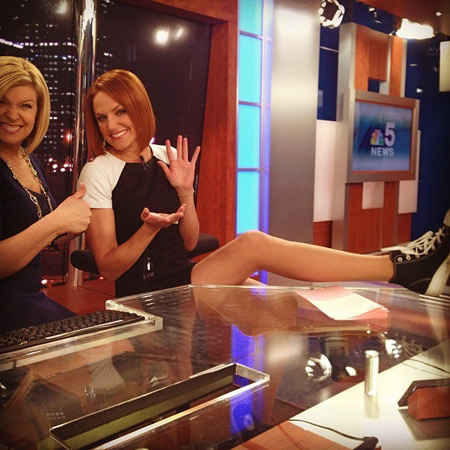 She has remained coy about her past affairs and relationship and currently, she's not dating anyone. It doesn't mean that she doesn't have a personal life as she's very active on social media sites and posts every recent activity.

Rebecca has a pet dog, named Dillon and she love's him very much. The pug is currently 'bae' in Rebecca's life. Just look at them!

Moving day with bestest #sidekick in the game. #lovethisgame #lovethislife

Not only this, Rebecca is a great aunt and she loves spending time with her nieces.

Look at them, so cute!

After two weeks in Mexico with @esperanzatj nothing better than time with these two nuggets. Fam time is the best time. #auntielife #lovethisgame #lovethislife

This Chi-town native, Rebecca shares an inspirational story. Sporty and athletic since her early age, Haarlow was always passionate about sports and she knew exactly what she wanted to do in her life, be a brilliant sportscaster!.

#BTS #TBT to that time when I discovered the fisheye lens thingy & took wayyy tooo many #shameless selfies&[email protected] winning it all tonight peeps?! #lovethisgame #lovethislife

She is a professional high-jump athlete landing as second in the 100 high hurdles, fifth in 300 low hurdles and sixth in the triple jump when she was in high school.

After graduating from Princeton University, she started her career as the Public relations Coordinator for Silicon Valley Sports and Entertainment.

Her work was highly appreciated and eventually, she grabbed the opportunity to become the sideline reporter for the Portland Trail Blazers.

She was rising as one of the lead reporters and she became more prominent after being hired by NFL Network in 2011 as the news anchor.

She also worked briefly for FOX Sports Network prior joining NFL, and now she works as full-time anchor and reporter for NFL and sideline reporter for Big Ten Network. 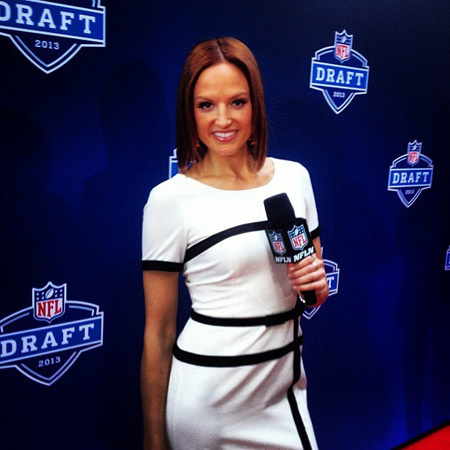 For more latest updates and news keep following our page!!!!!