Home Article Is Ringo Starr Married? Everything to Know About His Conjugal Life

Is Ringo Starr Married? Everything to Know About His Conjugal Life 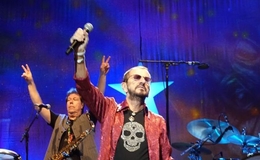 Hands down one of the best drummers to ever exist, Ringo Starr rose to international and probably never-ceasing stardom with the iconic English rock band The Beatles. Starr has writing and singing credits in some of the most memorable hits of the band, including Yellow Submarine, With the Help From My Friends, Don't Pass Me By, and Octopuses' Garden. Since the band's dissolution in 1970, Starr has built a well-received solo career spanning decades.

Born Sir Richard Starkey on July 7, 1940, he grew up as a devoted fan of skiffle and blues music and later acquired a knack for rock and roll. Stark joined The Beatles in 1957 and later had brief stints with then-popular bands Rory Storm and The Hurricanes. Starr was once again a member of the fast-rising band The Beatles in 1962, and a year later, he and his fellow bandmates were experiencing groundbreaking success.

Starr's personal life has become as enduring and successful as his professional life. The Beatles star has had his fair share of failures in love, including one dissolved marriage, but the drummer's thriving marriage with his second wife, Barbara Bach, perhaps assuages all the heartbreaks he went through before meeting her. Starr and Bach met on the set of the comedy-film Caveman in 1980, and the pair have been pretty much inseparable since then. 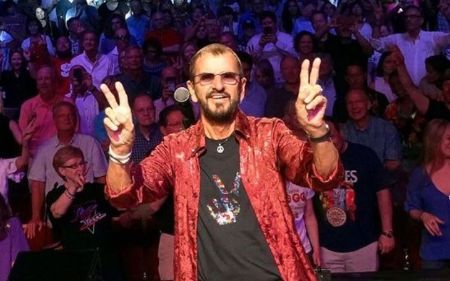 Ringo Starr is best known as the former drummer of The Beatles. SOURCE: Instagram

Ringo and Bach had one failed marriage and were committed to other people when they came across each other. Although the pair felt the instant spark at the moment, they reportedly didn't act on their feelings until the wrap of Caveman. Given their bad experience in the institute of marriage, Starr and Bach had sworn off delving into a marital life again, but fate had other plans. Barbara recalls spewing hate the media had spilled about them during the early phase of their romance.

"A lot of garbage has been written about us, none of it interesting," Bach said, adding, "working, we got along fine. Then, all of a sudden, within a week — the last week of shooting — it just happened. We changed from friendly love to being in love." Along with the targeting press and obsessive fans prying into their still-new relationship, Starr and Barbara suffered an almost-fatal accident in 1980- which made the hesitant couple go for it. 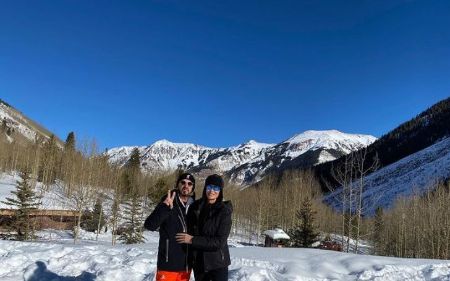 Ringo and Bach have been married for nearly four decades. SOURCE: Instagram

"We decided we wouldn't spend any time apart. So far, the longest break was five days, and that was too long. I want to live every minute with Barbara," Starr said while reflecting on their near-death experience. The couple, with a new-found gratitude for life, tied the knot on April 27, 1981, in front of 70 guests, including The Beatles, which had disbanded by then, Paul McCartney and George Harrison.

Starr and Bach have navigated life's many ups and downs since then and have proved themselves to be one of the strongest couples in the music industry. A little over seven years after their marriage, the couple entered rehab and came out of it visibly healed. Earlier this year, in July, the long-married couple shared some PDA moments as they celebrated Ringo's 82nd birthday at Beverly Hills Garden Park. 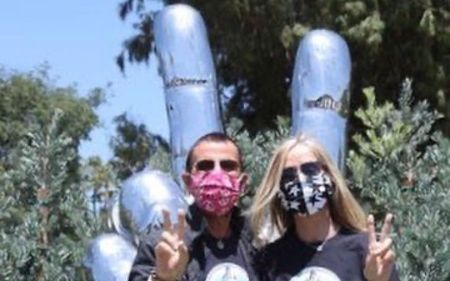 Bach, 74, is a former model and actress. Although best known as the second wife of the iconic drummer, Barbara has some notable credits to her name that make her a star in her own right. A native of New York City, Bach was once the most-sought face in the fashion industry. Her best-recognized acting credit is as Maria Zani in the 1971 film Black Belly of the Tarantula.

While striving to create a career as a drummer, Ringo was simultaneously looking for love. Starr's first official relationship with Patricia Davies dates back to his early days before fame. Richard and Davies reportedly met in the neighborhood they were residing in at the time and shortly fell in love. The couple's romance lasted for five long years. By the early 60s, Starr was already a world-renowned name, and although the drummer might have had a fling or two, most of it remained tightly wrapped. 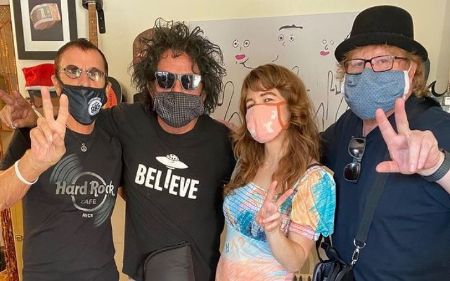 Ringo has three children from his first marriage with Maureen Cox. SOURCE: Instagram

The Beatles star was only 24 when he married his first wife, Maureen Cox, aged 18. Starr and Cox met the same week Ringo joined the band and had to rush into a poorly planned wedding after discovering Maureen's pregnancy. The world remembers the pair's marriage as tumultuous and scandalous, with reports of Starr's rampant alcoholism and infidelity and Cox's own affair with The Beatles' member George Harrison.

Ringo admitted to being a bad husband to his first wife!

Starr and Cox holded onto their toxic nuptials for nearly a decade- during which they welcomed three children, Zak Starkey, 75, Lee Starkey, 51, and Jason Starkey, 55. The pair's divorce was finalized in 1975. Reflecting on his shameful behavior in his first marriage, Starr later admitted to being a lousy husband to Cox. He described himself as a "drunk, a wife beater, and an absent father." Cox died of leukemia at 48 in 1994.