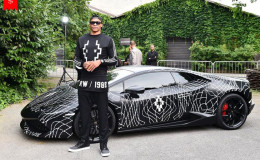 The two-time consecutive winner of NBA All-Star Game Most Valuable Player Award, American professional basketball player Russel Westbrook is one of the highest paid NBA players. He is known for his record-breaking performance for hitting a triple-double as a rookie in his debut match.

Throughout his successful career in OC thunder, he has managed to make a good earning. And all of his fans are eager to know how much is Russel Westbrook worth?. We have all the details of his sources of income, his net worth and his assets right here. Stay tuned!

Russel Westbrook's Career and Net Worth

Russel Westbrook started his basketball career in his freshman year as a back up to Darren Collison and played as a defender and energy player off the bench. In 2008 he was selected for the Point Guard position by the Seattle Supersonics which was relocated to Oklahoma City and made Oklahoma City Thunder six days later.

He is still playing for Oklahoma City Thunder and has extended his contract with three more years.  In his long career playing with Thunder Russel made many records and titles. Below is a list of his achievements throughout his career. 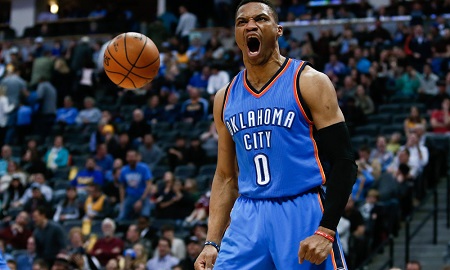 Russel Westbrook's net worth as per Celebrity Net Worth is $100 million. He is among the top five highest paid N.B.A player according to Forbes. His earnings each year from the Oklahoma City Thunder are listed below:

Russel Westbrook lives in a $4.65 million house which he bought from reality television personality Scott Disick in an off-market transaction. The two-storeyed house is designed for both indoor and outdoor entertainment and features glass windows and doors.

It also has a swimming pool and a beautiful view of cityscape, canyon and Santa Catalina Island. 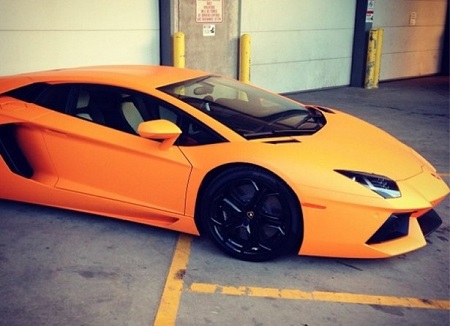 He also owns a luxury yacht worth between $30 million and $40 million. He also owned a KIA that ranges from $12k-27K. Aside assets, he has also donated tons of money to charities which are listed below:

The Utah Jazz banned the fan permanently who managed an exchanged with Oklahoma City Thunder star Russell Westbrook on 11 March 2019. It stated in a statement that "there is no place in our game for personal attacks or disrespect."

On the other hand, the NBA filed Westbrook $25,000 "for directing profanity and threatening language to a fan."

A video surfaced in media where Westbrook was seen arguing with his fan at his team's game at Utah Jazz. He said that the fan told him to go on his knees like he used to.

"I think it's racial, inappropriate and insensitive."

Later, Utah declared that they banned the fan permanently from attending any events at their Vivint Smart Home Arena.

"How it started was a young man and his wife in the stands told me 'to get down on my knees like you used to'. To me, that's just completely disrespectful."

"If I had it to do over again, I would say the exact same thing. I truly will stand up for myself and my family.

"As for beating up his wife, I've never put my hand on a woman. I never will. Never been in any domestic violence before.

"But once he said the comment, and his wife repeated the same thing as well. That's kind of how that started." 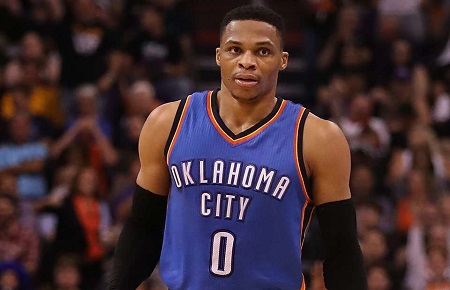