Home Article Is Sara Donchey dating someone? Know about her boyfriend or a husband

Is Sara Donchey dating someone? Know about her boyfriend or a husband 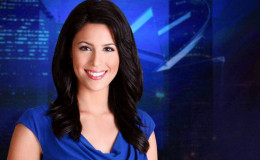 Sara Donchey is a sign of the times. She is young, 26, and already a primary anchor on a network affiliate in a Top 10 Nielsen market.

The young and vibrant  Sara Donchey is currently working as an anchor of KPRC Channel 2 News. She is doing so well in her career with a potential rise in the field and has certainly grabbed a lot of public attention.

Apart from her reporting skills, now, her fans wants to know more about her glamourous lifestyle and love affairs. The hot anchor who reports weekday afternoons has not revealed much information about her private life. So, let's find out more about this gorgeous woman in this digest.

Is Sara Donchey Married or Single?

The relationship status of Sara is one of the most frequently asked questions by her fans and as per the information we gathered, Sara is single and has not been romantically linked with any man. Sara is one of the youngest anchors at a top 10 Nielsen market.

At the age of 26, she has achieved a lot more and it seems like marriage or seeing anyone right now is just not the right choice for the beautiful anchor.

She does not want any emotional problem or other scenarios that could possibly hamper her rising career.

Well, it's quite unbelievable that this lovely lady does not have a 'man' in her life. As for now, she is busy making her career and is not romantically involved with anyone.

Rumours of Sara getting engaged

Lately, the rumors of Sara getting engaged spread all over the internet. Gossips such as Sara wearing a ring given by her long time boyfriend who also worked for KPRC spread like a wildfire on several websites.

However, there has not been any plausible evidence to confirm this rumors and Sara, herself has not clarified this baseless rumor. Therefore, it was a false rumor and she has not tied the knot yet.

Born and raised in the Diamond Bar city in LA County, Sara surely has an interesting lifestyle and her career is currently at the peak of success.

She started her career after graduating from San Francisco State Univesity in journalism and printing, she began working as an online managerial editor for University's award-winning Weekly Publication, 'The Golden Gate Xpress.'

Her career started to prosper when she got the chance to work for KRIS-TV, the NBC affiliate in Corpus Christi as an anchor and reporter.

After working there for two years, she finally landed as an anchor for KPRC channel 2 news. She has been working at KPRC channel since August 5, 2015, and enjoys a lot working with her co-anchors.

Before working for KRIS-TV, she served as a writer and production assistant at KPIX-TV, in San Francisco.

During her free time, she spends a lot of time with her two best friends: Doberman Pinschers, Hiwa and Sula.

She also enjoys traveling different places and trying out different food. She often goes to dinners and parties with her friends and also spends quality time with her family.

All we can say is that Sara is a go-getter and doing incredibly well in her career. We also hope that she settles down soon after she finds the right man and starts a lovely family together.