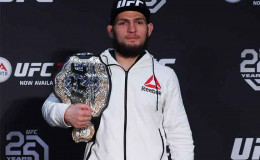 The multi-platform fighter and winner of several awards, Khabib Nurmagomedov is a fighter at UFC and has made the longest unbeaten record.

Hiding his personal life away from the media, the fighter is married to his wife of 5 years and is also a father of two children. Wanna know more about the fighter's personal life? We have all the details.

Living A Successful Professional Life, Khabib Nurmagomedov Is A Married Man With Children

Khabib is having a quite a time with his beloved wife after a win in UFC Lightweight Champion.

The fighter is a little secretive when it comes to personal life. Khabib is married but the name of his partner is still not revealed. He tied the knot in June 2013. 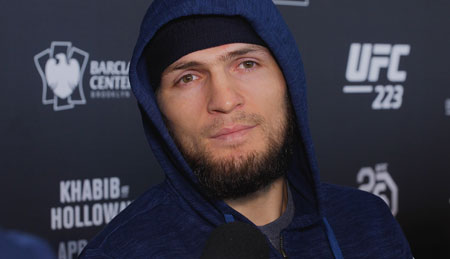 Khabib is married for 5 years now and is a father of two children
Source: W3LiveNews

The couple shares two children, their daughter was born on 1st June 2015.

Today I became a father. My daughter was born. God, Thank you for everything.

Rumors also claim that he has a son named Mohammad Nurmagomedov who was born in December 2017 but judging from the photo he uploaded on his Instagram, Mohammad seemed a lot bigger than just some months old.

Despite his successful professional life, the UFC fighter is pretty low-key when it comes to his personal life. 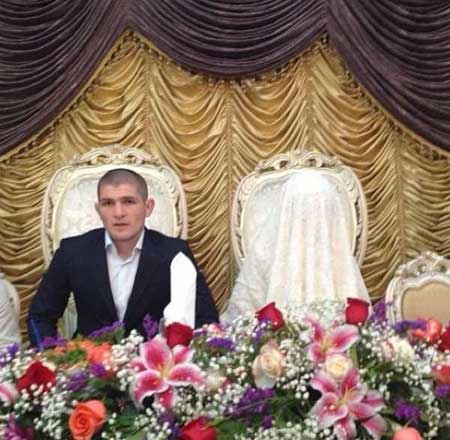 Khabib and his mystery wife at their wedding
Source: PinsDaddy

The fighter has won several awards in his life for his fighting skills. It was announced in August that Nurmagomedov will make his first defense of UFC lightweight title against Conor McGregor at UFC 299 on October 6 in Las Vegas.

Khabib Nurmagomedov's Achievements Over The Years

The 29-years-old fighter first won his big tournament in 2008 at the Pankration Atrium Cup.

The following year he won two awards for Sambo, a gold medal, and a silver medal. The fighter earned two titles for Grappling in 2012. 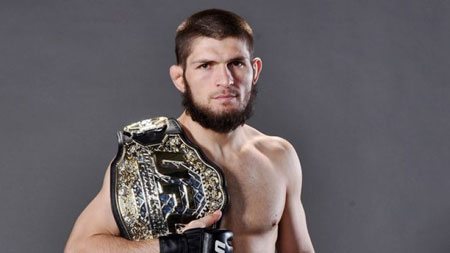 Khabib has won several awards for his fight
Source: SportsJoe 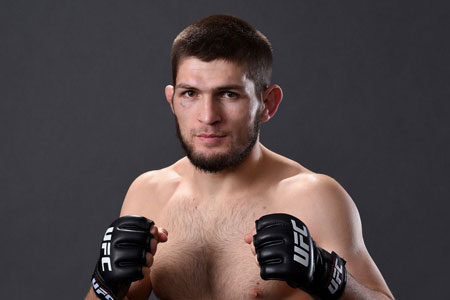